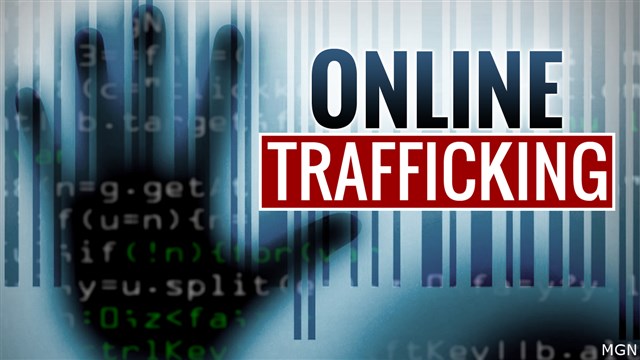 Human trafficking is a horrific crime and “an all-out assault on people’s rights, safety and dignity,” Secretary-General António Guterres said on the eve of World Day Against Trafficking in Persons.

“Tragically, it is also a problem that is growing worse—especially for women and girls, who represent the majority of detected trafficked persons globally.”

Conflicts, forced displacement, climate change, inequality and poverty, have left tens of millions of people around the world destitute, isolated and vulnerable.

And the COVID-19 pandemic has separated children and young people in general from their friends and peers, pushing them into spending more time alone and online.

And technology anonymously allows dangerous and degrading content that fuels human trafficking, including the sexual exploitation of children.

This year’s theme—Use and Abuse of Technology—reminds everyone that while it can enable human trafficking, technology can also be a critical tool in fighting it.

The secretary-general underscored the need for governments, businesses and civil society to invest in policies, laws and technology-based solutions that can identify and support victims, locate and punish perpetrators, and ensure a safe, open and secure internet.

“As part of 2023’s Summit of the Future, I have proposed a Global Digital Compact to rally the world around the need to bring good governance to the digital space,” he said, calling on everyone to “give this issue the attention and action it deserves and work to end the scourge of human trafficking once and for all.”

In her message for the day, the head of the UN Office on Drugs and Crime (UNODC), Ghada Waly, spoke more about the theme.

Acknowledging that digital technology has been “a vital lifeline” during pandemic restrictions, she warned that they are “being increasingly exploited by criminals.”

The borderless nature of information and communications technologies (ICT) enable traffickers to expand their reach and profits with even greater impunity.

More than 60 percent of known human trafficking victims over the last 15 years have been women and girls, most of them trafficked for sexual exploitation.

And as conflicts and crises increase misery, countless others are in danger of being targeted with false promises of opportunities, jobs, and a better life.

To protect people, digital spaces must be shielded from criminal abuse by harnessing technologies for good.

“Partnerships with tech companies and the private sector can keep traffickers from preying on the vulnerable and stop the circulation of online content that amplifies the suffering of trafficking victims,” said Ms. Waly.

With the right support, law enforcement can use artificial intelligence, data mining and other tools to detect and investigate trafficking networks.

“On this World Day Against Trafficking in Persons, let us commit to preventing online exploitation and promoting the power of tech to better protect children, women and men, and support victims,” she concluded.

A group of UN-appointed independent human rights experts underscored that the international community must “strengthen prevention and accountability for trafficking in persons in conflict situations.”

Women and girls, particularly those who are displaced, are disproportionately affected by trafficking in persons for the purpose of sexual exploitation, forced and child marriage, forced labor and domestic servitude.

“These risks of exploitation, occurring in times of crisis, are not new. They are linked to and stem from existing, structural inequalities, often based on intersectional identities, gender-based discrimination and violence, racism, poverty and weaknesses in child protection systems,” the experts said.

Refugees, migrants, internally displaced and stateless persons are particularly at risk of attacks and abductions that lead to trafficking.

And the dangers are increased by continued restrictions on protection and assistance, limited resettlement and family reunification, inadequate labor safeguards and restrictive migration policies.

“Such structural inequalities are exacerbated in the periods before, during and after conflicts, and disproportionately affect children,” they added.

Despite links between armed group activities and human trafficking—particularly targeting children—accountability “remains low and prevention is weak,” according to the UN experts.

Child trafficking—with schools often targeted—is “linked to the grave violations against children in situations of armed conflict, including recruitment and use, abductions and sexual violence,” they said.

“Sexual violence against children persists, and often leads to trafficking for purposes of sexual exploitation, sexual slavery, forced pregnancy and forced marriage, as well as forced labor and domestic servitude.”

While girls are more often trafficked for sexual exploitation, boys do not escape the scourge.

Gender stereotyping and discrimination may result in not identifying men and boys as victims, leaving them without assistance or protection.

“Men and boys may face additional obstacles to disclosing experiences of exploitation, particularly sexual exploitation,” they said, flagging the need to recognize that discriminatory attitudes and violence, based on sexual orientation and gender identity, increase risks of not receiving assistance or protection.

The experts also highlighted that in conflict situations, organ harvesting trafficking is another concern, along with law enforcement’s inability to regulate and control armed groups and others traffickers’ finances—domestically and across borders.

“We have seen what can be achieved through coordinated action and a political will to prevent trafficking in conflict situations,” they said, advocating for international protection, family reunification and expanded resettlement and planned relocation opportunities.

Special Rapporteurs and independent experts are appointed by the Geneva-based UN Human Rights Council to examine and report back on a specific human rights theme or a country situation. The positions are honorary and the experts are not paid for their work.

The UN refugee agency, UNHCR, warned on Friday that protection services for refugees and migrants making perilous journeys from the Sahel and Horn of Africa towards North Africa and Europe, including survivors of human trafficking, are “severely lacking.”

Its newly released report, maps the protection services available to asylum-seekers, refugees, and migrants as they travel along these routes.

“I am appalled by the abuses that refugees and migrants face as they travel through the Sahel and the East and Horn of Africa towards North Africa, and sometimes on to Europe,” said UNHCR Special Envoy for the Central and Western Mediterranean Situation, Vincent Cochetel. “Too many lives have been lost or broken on these routes.” (UN News)