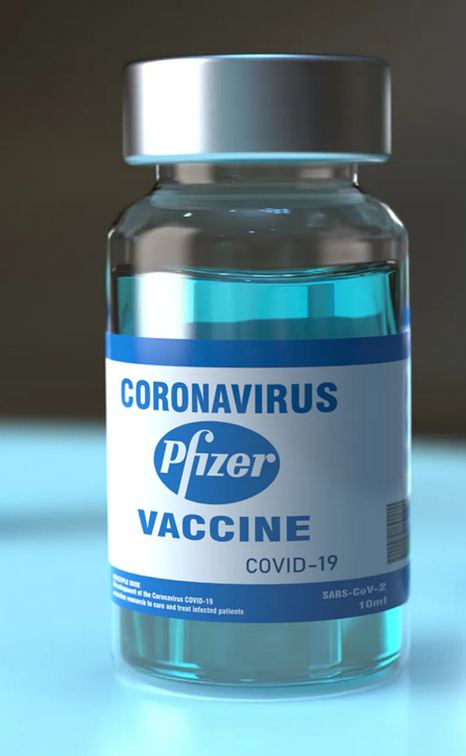 Despite the overwhelming rejection of their deadly COVID injections, vaccine maker BioNTech announced on June 22 that it had launched construction of the first manufacturing site for mRNA vaccines in Africa. The location is Rwanda’s capital of Kigali. This is in spite of the fact that the first factory to produce COVID-19 vaccines in Africa, South Africa’s Aspen Pharmacare, just announced in May that it has not received enough orders for its vaccines and is planning to stop production.

We published an article in this newspaper where the president of Moderna publicly lamented the fact that 30 million doses of its vaccines went to waste because nobody wanted them. So why is the West still trying to force these shots on Africa?

This persistence on the part of the enemies of our liberation should concern all Black people. We cannot ignore the shocking efforts of U.S. Food and Drug Administration (FDA) when it recently begged a court to hide the results of the Pfizer-BioNTech vaccine trials from the public for the next 75 years! A judge refused their request. Now God is showing us that the so-called vaccine is not only dangerous and deadly as the Honorable Minister Louis Farrakhan told us it was—its makers were consciously and deliberately licensed to kill.

The FDA approved this death, seeking to deceive the whole world think, especially Africa. They declared it safe when they knew otherwise. Pfizer-BioNTech and the government agencies it controls did not even properly conduct the “safety trials.” Two groups are chosen to participate in these trials—one gets the real drug, while the other gets a placebo. Then both groups are monitored for the health effects. But Pfizer cheated—they gave the placebo group the vaccines, effectively destroying any possibility to scientifically test their long-term safety or effectiveness. We are dealing here with wickedness and corruption at the highest level.

Despite their chicanery there is still hope that we can scientifically test these “vaccines.” Big Pharma, the West, and Bill Gates already know that even though the African people had an 80% infection rate of SARS-CoV-2 while only 6% had taken any vaccine, Africa had one of the world’s lowest rates of hospitalizations and deaths from COVID-19.

Big Pharma, the West, and Bill Gates already know that hydroxychloroquine (HCQ) and Ivermectin have been widely used in Africa for years to effectively fight malaria and river blindness. Ivermectin is overwhelmingly successful in defeating COVID-19. This is a widely-accepted fact in the world of science and medicine.

Our fight is to keep these “vaccines” out of Africa, so that we can compare the countries that forced the vaccines on their citizens to the countries that did not take them. However, Big Pharma and the West do not want a true investigation of these experimental DNA-altering shots, because they already know that they are neither safe nor effective. In fact, studies now show these jabs actually enhance the infection of new variants to the SARS-CoV-2 virus.

America’s history of treachery in Black Africa is well known, especially with respect to health. In 1998, the U.S. destroyed a pharmaceutical factory in the Sudan that was producing life-saving drugs like HCQ. Why don’t America, Germany, and Israel help Sudan or some other African country build factories to produce HCQ and Ivermectin? Maybe President Muammar Gadhafi got it right when he told the United Nations in 2009: “Today there is swine flu. Perhaps tomorrow there will be fish flu, because sometimes we produce viruses by controlling them. It is a commercial business. Capitalist companies produce viruses so that they can generate and sell vaccinations.

That is very shameful and poor ethics.” Two years later he was savagely murdered by mercenary forces hired by the United States and NATO. On top of destroying Libya’s pharmaceutical industry, the West bombed its huge irrigation systems designed to turn the Sahara Desert into one big oasis that could feed Africa. We know that the West has no interest in the African people, other than their elimination from the Earth. Europe, Israel, and America want Africa’s valuable resources, including her oil and strategic minerals.

The Honorable Minister Farrakhan has warned us over and over for years that the notorious Henry Kissinger’s Depopulation Agenda, revealed in 1974, is still U.S. policy. Therefore, whatever happens on the globe must be looked at with this agenda in mind, so we will not be fooled by slinking devils with smiles offering a “helping hand.” Kissinger’s National Security Study Memorandum 200, titled “Implications of Worldwide Population Growth for U.S. Security and Overseas Interests (NSSM200),” outlined the motive for the U.S. to get involved with population control in less developed countries:

“The U.S. economy will require large and increasing amounts of minerals from abroad, especially from less developed countries … Whether through government action, labor conflicts, sabotage, or civil disturbance, the smooth flow of needed materials will be jeopardized. Although population pressure is obviously not the only factor involved, these types of frustrations are much less likely under conditions of slow or zero population growth.”

Kissinger also cautioned that they should hide their hand: “We must take care that our activities should not give the appearance to the less developed countries [that our] policy [is] directed against them … Third World leaders should be in the forefront and obtain the credit for successful programs.”

This is exactly what we see in Rwanda today. Pfizer-BioNTech chose Rwanda as its first place to set up an African vaccine manufacturing plant. Israel’s president Benjamin Netanyahu offered up the people of Israel to Pfizer BioNTech to experiment on with their new technology, but after a year and a half of data and booster after booster, Israel is finding out that these shots are neither safe nor effective.

The Times of Israel recently reported that the number of COVID patients in serious condition in Israel has risen by 70% in one week—in spite of all their Pfizer jabs. Nevertheless, Israel has now got its best ally in Africa, Rwanda, to let BioNTech in to set up a base for producing and distributing these same kill shots disguised as vaccines to the rest of the continent.

We need to look carefully at Rwandan President Paul Kagame’s long friendly relationship with Israel. In fact, on March 26, 2017, he became the first African president to address the annual conference of the American Israel Public Affairs Committee (AIPAC), showing his strong allegiance to Israel. This is the same man who was received with honors by then Israeli President Benjamin Netanyahu in 1996 after the 1994 genocide of the Tutsis.

Satan thinks he has found a backdoor into Africa through the sellout leadership of Rwanda. Hopefully, the African people will not be fooled by this backdoor move and will continue to follow the instructions of Minister Louis Farrakhan given in “The Criterion”. His instructions were clear and concise: “Don’t let them vaccinate you.”

If Africa can continue to stand up against this depopulation needle, she will provide a monumental service to humanity. In a previous article, we pointed to the history of the mighty African Tribe of Shabazz, and how it developed a very strong, robust immune system, which enhanced their ability to fight off this virus. So why not use this opportunity to do a real-world test between natural immunity as demonstrated by the Tribe of Shabazz in Africa and the “vaccine-induced immunity” claimed by the West’s so-called vaccines?

Leave the Africans alone so that the world can make a scientific comparison over time to assess the real value or danger of these so-called vaccines. Are these invaders from the West and their vaccines the saviors of humanity as advertised, or are they using bioweapons designed to cull the population by 2 to 3 billion people, as Minister Farrakhan has warned us? Think over it.