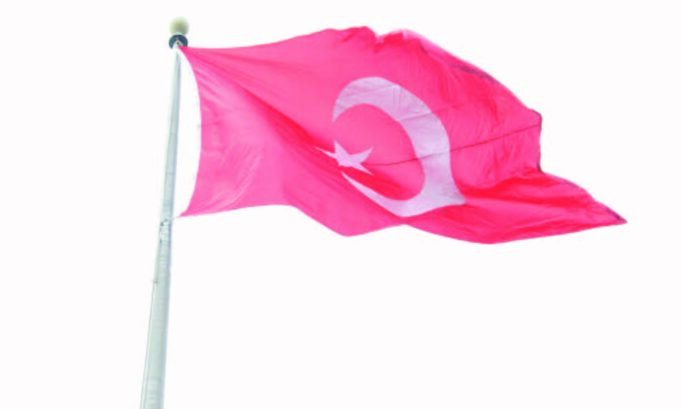 Flag raising ceremony and celebration at Nation of Islam headquarters

CHICAGO—To many, July 4 was a day to celebrate America’s independence. But to the Muslim men and women who belong to the Nation of Islam, it is the day Allah (God) in the Person of Master W. Fard Muhammad, made Himself known and declared independence to the Black man and woman of America.

On that day, Muslims from around the country celebrated at their local mosques the Coming of the Great Mahdi Master Fard Muhammad, the Self-Guided One prophesied in scripture Who would come from the East to the West to resurrect and restore a once lost people. He raised and taught the Most Honorable Elijah Muhammad. Master Fard Muhammad gave to us a flag, that represents the Universe: the sun, moon and stars and declared us a free people.

In Chicago, a flag raising ceremony was the highlight of a gathering at the grounds of The National Center, headquarters of the Nation of Islam. The ceremony was also broadcast live at media.noi.org.

Student National Assistant to the Honorable Minister Louis Farrakhan, Brother Ishmael Muhammad began the ceremony with powerful words. “Of all of the days that He could have chosen to make Himself known after coming in and out of America for 20 years, He chose the Fourth of July, the day of America’s celebration of their independence to declare our independence from them. And He gave us a flag that represents that we are free, justified and made equal to all mankind. He could not have given us a better flag, a better knowledge, a better wisdom, a better understanding, a better way of life,” he stated.

“So this day and every day of the Muslim follower of the Honorable Elijah Muhammad are days of our life that we give thanks to Almighty God (Allah) Who came in the Person of Master Fard Muhammad,” said Student Min. Ishmael Muhammad.