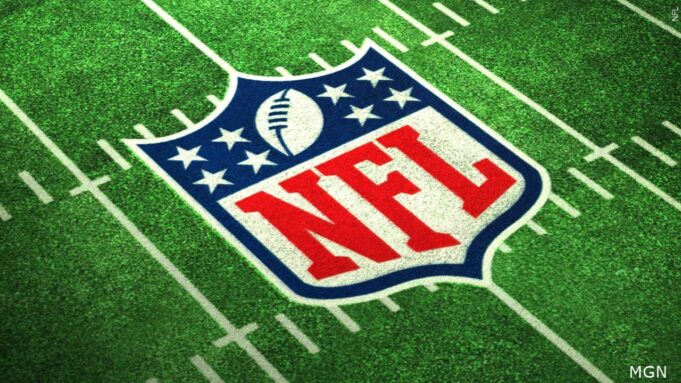 O’Shea Jackson Sr., best known to the world as Ice Cube, continues to evolve as an entertainer while also making his mark in business. The rapper, actor, producer and businessman recently entered into a new partnership via his Contract With Black America Institute with the National Football League that he says will invest in and aide Black-owned businesses.

“For more than a year, the CWBA Institute has been working closely with the NFL on identifying resources to build stronger, more substantive economic partnerships with the Black community. Our team at CWBA, including my longtime business partner and entertainment lawyer Jeff Kwatinetz, and advisors Ja’Ron Smith and Chris Pilkerton, are focused on building corporate partnerships with measurable economic growth outcomes for Black communities across the country. We believe this is a giant step in the right direction,” said Ice Cube in a statement.

The multiple award-winning artist said, he does not feel pressure but feels privileged to be in a position to initiate the new partnership. “Troy Vincent and Rodger Goodell really came at us and said, ‘Hey, what can we do in our business to help bridge this wealth gap?’ ”said Ice Cube on the Pat McAfee Show. Mr. Goodell is the NFL Commissioner and Mr. Vincent is executive vice president of Football Operations for the league.

Right now, it’s really with the main NFL but we want to connect with all the teams; try to do the same thing and then connect with other leagues,” said Ice Cube, who is no stranger to the marriage of sports with entertainment as founder of the Big 3 Basketball League which is entering its fifth season. He also said other sports leagues could take a page out of the NFL’s book.

“The NBA should be all over this with trying to make sure that they are also looking at some people out there that can actually do the jobs that they already have being done—Black owned businesses,” he told Mr. McAfee on the June 30 broadcast.

According to Forbes Magazine, the NFL said it committed over $100 million to causes that assist Contract With Black America Institute, or CWBA, an initiative Cube launched with Mr. Kwatinetz during the 2020 presidential campaign. It calls for the NFL to steer more business to Black companies in various sectors, including consumer services and technology, reported forbes.com.

In a statement released by Mr. Goodell, he stated: “Our partnership with CWBA is another reminder that partnering with intentional organizations is critical to everything we do at the League. Black businesses play a major role in our country’s economic prosperity.

We understand these businesses have not always had the opportunity for exponential growth, so we are pleased to have partners like Ice Cube and his organization, CWBA, in a continued, collective push toward greater economic inclusion.” The NFL said it already allocated $125 million to support Black-owned businesses over the past year as part of a plan to diversify its partnerships.

The NFL has been under scrutiny and heavy criticism the past few years over its handling of Black quarterback Colin Kaepernick’s anti-police brutality, anti-racism protest which led to his effective banishment or “whitewashing” from the league in 2016 to the recent discrimination lawsuit filed by former Miami Dolphins head coach Brian Flores who is also Black. His suit alleges racism and limited chances for Black executives and coaches in a league where the majority of players are Black but most of the head coaching and executive positions are held by Whites.

Ice Cube’s latest venture with the NFL is not the first business foray with the league by a hip-hop legend. Amid its “Kaepernick controversy” in 2019 Jay-Z decided to engage in a business relationship with the NFL and the hip-hop mogul received backlash after the announcement that his Roc Nation company would take over the NFL’s entertainment event platforms—like the Super Bowl—while also helping push the league’s newly created “Inspire Change” initiative.

Ice Cube also received backlash, even from Blacks when he first introduced his CWBA platform which in part, called for Blacks to hold the Democratic party more accountable to our interests.

“We’re just trying to make sure we can do what we can with the businesses that we rely on—Black customers, Black workers, Black audience—to pitch in when it comes to the things that they need for their business and do some business with some of these companies,” said Ice Cube on The Pat McAfee Show.

While this new partnership could be a great example it has to be fine-tuned to be fair and equitable for Black businesses and consumers everywhere, observers note.

Sajdah Wendy Muhammad, a business developer, spent 2021 restoring the former home of the Most Honorable Elijah Muhammad, of the Nation of Islam, now called the Sajdah House located in Chicago. She sounded cautiously optimistic on the news of Ice Cube and the NFL working to assist Black businesses.

“If it’s something that’s just to get more Black customers, it can be short-lived. So, could it be a good thing? Yes; but I hope that Ice Cube is pushing for ownership and development,” she said.

Dr. Boyce Watkins, a businessman, former finance professor and founder of The Black Business school said while Black folks may have lost some trust in the NFL it does not necessarily mean everything the league is doing is “sinister.” He told The Final Call, “I know that Ice Cube has a lot of trust.

And I think the, the question that would be logically asked is, is the NFL just buying Ice Cube’s credibility with the Black community? I don’t think that he would sell it that way but showing the tangible results would be the most effective way to communicate that.”

The Black Mall is an online directory that spotlights and supports Black-owned businesses across the country. Co-founder Cassiopeia Uhuru told The Final Call that any agreement between Ice Cube’s Contract With Black America Initiative and the NFL must include opportunities for Black people from different economic classes.

Omar Shareef is the president and founder of the African American Contractors Association (AACA). He agrees the new deal should be inclusive of as many Blacks as possible.

“The playing field cannot be even unless they show people who have opened up the process for the everyday man and woman,” he said. “How many towel boys do you see that’s Black? You don’t see that many; you see a White ball boy, White towel boys and they’re getting exposure.”

Mr. Shareef is also concerned about initiatives meant for the upliftment of Black entrepreneurs and consumers being bought out by White corporations. It turns problematic if Black business owners and consumers do not know how to conduct business or know the field(s) they are working in.

“They have the tendency to shut us out and people miss that part. They only focus on how many Black referees and Black players (there are),” he continued, referring to White corporations’ and sports leagues.

Ms. Uhuru agreed. “We have to have access, and on other aspects we have to take our own initiatives. It’s just reality understanding what business really is and keeping that knowledge and how to make power moves,” she continued.

Black economic thinkers told The Final Call that accountability is key because often there are many pledges, but unkept promises, and posturing.  For Dr. Julianne Malveaux, economist and Dean of the College of Ethnic Studies at California State LA, the operative word is integrity.

“People have to ask hard questions in this economic space,” said Dr. Malveaux. She said the terms and conditions of these deals have to be looked at; who’s gaining from them? Are our communities and businesses really being impacted? Or is it window dressing?

“If you say you’re building the community, is the connection to an individual, or with someone who is actually building? Those are the differences. Everybody brown aren’t down,” she said

Tangible data for accountability must be gathered, such as how many young people are you going to hire or how many opportunities as an entrepreneur going to be provided, she explained.

Dr. Watkins agreed. He said Ice Cube should be given a chance as the artist has credibility with the Black community, but he said both sides must show results. “We can’t be afraid to challenge Ice Cube or Jay-Z or anybody. They should be required to show results and if they show results and the community feels good about it, then yes. I think the problem is that to this point, very few of the White organizations are showing the willingness to deeply commit to the things that really are going to move the needle for the Black community.”

Dr. George Fraser is a longtime businessman, author and chair and CEO of FraserNet, Inc., a global networking movement. He said he tells corporations who contact him about doing more business with Black companies that their efforts must be sincere. Black folks must be willing to hold corporations’ “feet to the fire” for accountability. “I’m not interested in your money unless you’re really serious. That’s what it is. That’s what it comes down to,” he said.

At the end of the day, “you have to make sure you are able to sustain any effort,” explained James Clingman of Blackonomics.

Mr. Clingman explained that the Black community must have a collective leverage with our consumer dollars. “Corporations only respond to profit,” he reasoned. Sustainable leverage is very important because over the years movements were started and stopped shortly thereafter. It is not enough to get in the media and announce the partnerships if people on the lower level gets nothing, added Mr. Clingman.

“We are always at a disadvantage at a table of negotiation, when the other side knows more about us than we know about them, said Cedric Muhammad, an economist.

He said you need to be well armed in the knowledge of the person across from you, and what your enlightened self-interest is.

“A litmus test for me when I look at these partnerships and arrangements is, are we doing something that creates and closes a wealth gap? That is generations in the making,” he said.

The Most Honorable Elijah Muhammad for decades taught his followers and Black people in general to do-for-self and work toward land ownership and business development as a way to eliminate total dependence on White people. He also stressed the importance of understanding the science of business and told his followers to “observe the operations of the White man” in business.

His National Representative, the Honorable Minister Louis Farrakhan, points out that there must be a rethinking of the old master-slave relationship and that ownership and true equitable partnerships are key. He also stresses that redirecting Black spending to Black businesses is critical.

In Min. Farrakhan’s book, “A Torchlight for America,” he explains. “The challenge to America’s business community,” he writes, “is to find ways to make the people owners of the businesses and property in their communities as shareholders and under profit-sharing plans. This is what true economic justice looks like.” (Final Call Contributing  Writer Michael Z. Muhammad contributed to this report.)