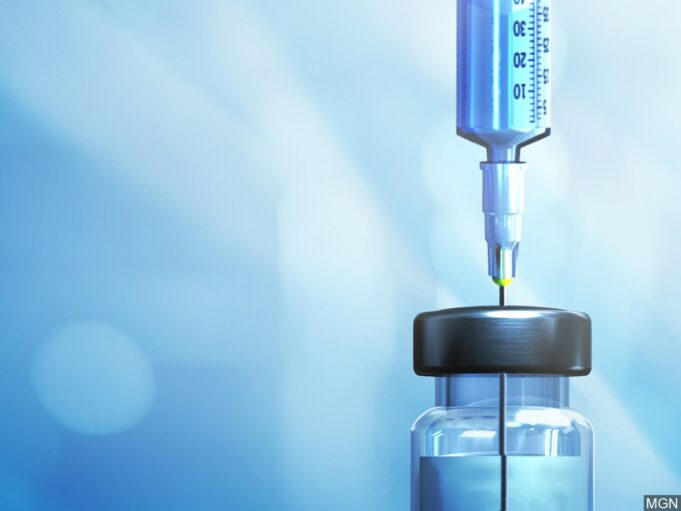 As we documented in two previous articles of The Final Call Newspaper, 47 leaders of African nations have stepped forward to point out the fallacies in the World Health Organization’s orchestrated response to the so-called COVID-19 “pandemic”, after the Honorable Minister Farrakhan warned them, July 4, 2020, not to allow the West to bring their experimental, so-called “vaccines” into their countries. This was a full six months before their deadly product was completely developed and deployed.

Tanzania’s President, Dr. John Magufuli, a PhD in chemistry, proved that the PCR test for the SARs-CoV-2 virus gave false positive results when used to test a papaya, goat and motor oil. Another African president, Andry Rajoelina of Madagascar through his Madagascar Institute of Applied Research (IMRA) made an effective tonic for COVID-19 from a local plant called artemisia, which had a proven efficacy in treating malaria.

The scourge of malaria in Africa prompted the discovery of hydroxychloroquine (HCQ) as an inexpensive, effective remedy for malaria. The people of Sudan were producing it for themselves until America bombed their plant in 1998. Dr. Stella Immanuel calls HCQ the “Sunday pill,” because in her native country of Cameroon, they religiously took that pill every Sunday.

However, she was ridiculed as a quack for prescribing this medicine to block the SARS-Cov-2 virus in spite of the fact that “HCQ is effective against infections with SARS coronaviruses was already established in 2005 in the course of the SARS 1 epidemic. That zinc blocks the RNA replication of coronaviruses was discovered in 2010 by Ralph Baric, one of the world’s leading SARS virologists.”

Well, to force everybody to take their gene-altering mRNA shots, Big Pharma used media and governmental agencies to block doctors from prescribing these safe, effective, and inexpensive medicines to the American people. This is major, ongoing criminal action. Along with malaria, many African countries suffered from River Blindness.

Pharmaceutical giant Merck donated billions of doses of Ivermectin to tropical Africa over the years, which almost completely eradicated River Blindness. In March of 2020 Ivermectin was tested against the SARS-Cov-2 virus and was shown to eradicate it in 48 hours. But instead of allowing doctors to prescribe this FDA-approved drug to be repurposed for COVID-19, the FDA tried to get states to take away the medical licenses of those doctors who were saving the lives of their patients using Ivermectin.

Now after 2.5 years of lies and deceit, the villains and their plans are unraveling because the Family of Shabazz (members of the Original Owners of the Planet Earth) heeded the call of Minister Farrakhan and did not take the shots. Only about 6% of Africans took the shots, yet the continent had far fewer deaths than did Israel (the first country to jump out front to jab all of its citizens and even offer millions of free doses of these shots to the Africans.) But the Africans listened to Minister Farrakhan and not the Israelis.

How ironic: that today’s descendants of the Tribe of Shabazz, who developed incredible strength and endurance conquering the jungles of East Asia (known today as Africa), are the very ones to expose and overcome the latest attempt at genocide by the 6,000-year-old Enemy of the Original people?

The Tribe of Shabazz faced many diseases, viruses, bacteria and parasites in the jungles, resulting in the development of a powerful immune system. The scientists among our people living in this harsh environment also developed treatments to protect and heal themselves of these dangers.

For our readers that may not know the history of these powerful ancestors of Black man and woman, not only in Africa but in America, here are the words of The Most Honorable Elijah Muhammad:

“We, the tribe of Shabazz, says Allah (God), were the first to discover the best part of our planet to live on. The rich Nile Valley of Egypt and the present seat of the Holy City, Mecca, Arabia. The origin of our kinky hair, says Allah, came from one of our dissatisfied scientists, 50,000 years ago, who wanted to make all of us tough and hard in order to endure the life of the jungles of East Asia (Africa) and to overcome the beasts there. But he failed to get the others to agree with him. He took his family and moved into the jungle to prove to us that we could live there and conquer the wild beasts, and we have.” (Message To The Blackman pp. 31–32)

Satan would like the world to believe that there is no Living God in command of the Universe and human affairs. Satan would like us to believe that the Universe is not guided but is just floating aimlessly in space. If humans do not keep a record of events and do some analysis, they might believe Satan and accept that everything just happens by coincidence. Fortunately, some of us are vigilant.

Let’s go back a minute. A member of Minister Farrakhan’s research team, Brother Sultan Muhammad, recently reminded us that after the Million Man March of October 16, 1995, Minister Farrakhan went on three World Friendship Tours (1996, 1997, 1998), where he was invited by the leaders of 19 African countries to come and speak to their citizens. Clearly, Black African leaders and their people recognized Minister Farrakhan as the Leader of Black people in America after he summoned 1 million Black men to the Capitol of the United States and 2 million actually showed up for a day of “Atonement and Reconciliation.”

The world witnessed 2 million peace-loving Black men gather on the D.C. Mall—a reality at variance with the media image of the Black man as a “menace to society.” Our people in Africa have continued to keep up with Minister Farrakhan by reading the digital edition of The Final Call Newspaper.

The U.S. government, with its Policy of Depopulation, led by hidden billionaire sociopaths, paid Big Pharma to produce bioweapons disguised as vaccines and protected the manufacturers from liability for the destruction that they would cause. Then the mass media created a climate that induced panic and a suffocating fear of an invisible enemy (a virus).

This fear campaign succeeded in scaring millions to the point that they took and still are taking these poison shots. However, by Minister Farrakhan warning Black Africa and Black America about the deadliness of these shots, the very people who were the intended targets to did not take them. And because the African members of the Tribe of Shabazz had developed, over 50,000 thousand years in the jungle, an immune system that allowed them to survive an 80% infection rate with minimal deaths, they overcame the attack while avoiding these so-called vaccines.

Satan planned for everything except the Son of Man casting Truth to a people prepared to hear and obey. Satan could not shoot up the Africans, even though he is still trying. Instead, the kill shots are repeatedly going into his own white people. Now they are reportedly dying at a much faster rate than the Africans who did not take these shots. Soon these white people will be tracking down their assailants who are members of their own family. Thank you, Allah (God) for the Honorable Minister Louis Farrakhan and for our great ancestral roots in the Tribe of Shabazz.

Holy Qur’an 41:29: And those who disbelieve will say: Our Lord, show us those who led us astray from among the jinn and the men that we may trample them under our feet, so that they may be of the lowest.