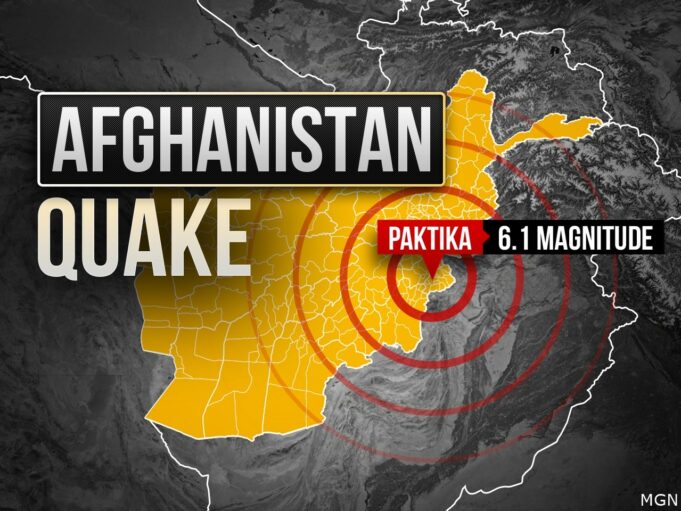 The top UN official in Afghanistan appealed for greater international support for the country, following a one-day visit to communities hit hard by the devastating earthquake in late June.

“Yesterday’s visit reaffirmed to me both the extreme suffering of people in Afghanistan and their tremendous resolve in the face of great adversity,” said Dr. Ramiz Alakbarov, Deputy Special Representative of the Secretary-General and Humanitarian Coordinator for Afghanistan.

The UN and partners have developed a three-month emergency appeal, included within their humanitarian plan for Afghanistan this year, to respond to the catastrophe.

The goal is to scale up and expedite the delivery of humanitarian and resilience assistance to nearly 362,000 people in the two provinces, Paktika and Khost, that were most affected by the June 22 earthquake.

“Notwithstanding the phenomenal generosity that donors have already displayed to Afghanistan over these past tumultuous ten months, I urge the international community to dig deep at this time, as the population confronts yet another emergency, and to pledge support to these life-saving and life-sustaining efforts,” he said.

On June 25, Dr. Alakbarov traveled to the villages of Mir Sahib and Khanadin, located in Giyan district, Paktika province—one of the areas worst affected by the 5.9 magnitude earthquake.

The delegation met with residents, many of whom had lost family members and friends, including several orphaned and separated children, and whose homes are now uninhabitable.

“In addition to food assistance and emergency shelter and repair, interventions such as the restoration of damaged water pipes and cholera prevention and preparedness activities are absolutely vital, as are the restoration of communication lines, road access, and basic livelihoods,” said Dr. Alakbarov.

“Without such transitional support, women, men, and children will continue to endure unnecessary and unimaginable hardship.”

The full scale of the devastation caused by the earthquake is yet to be known, OCHA reported, and assessments are ongoing.

Initial findings indicate at least 235 people in Giyan district were killed, including 134 children. Nearly 600 people were injured, more than 200 of them children. More than 1,000 homes were destroyed, and two schools were damaged.

Across all earthquake-affected areas, satellite imagery reveals damage to at least 2,000 homes which are more than 5km from a good road in the hardest hit areas of Giyan and Barmal districts in Paktika Province, and Spera District in Khost Province.

Furthermore, tens of thousands of homes that are still standing have experienced extensive damage and risk collapsing.

The earthquake struck at a time when increased restrictions on Afghan women and girls have amplified their needs and also complicated efforts to assist them.

“When their rights to move and work are restricted as they are in Afghanistan, they are disproportionately impacted, especially in accessing food, health care and safe shelter,” she said.

Moving forward, women humanitarian workers as well as women-led civil society groups must be at the center of response.

“This is the only way to ensure the needs and rights of at-risk and crisis-affected women and girls are effectively identified and addressed,” she said. (UN News)