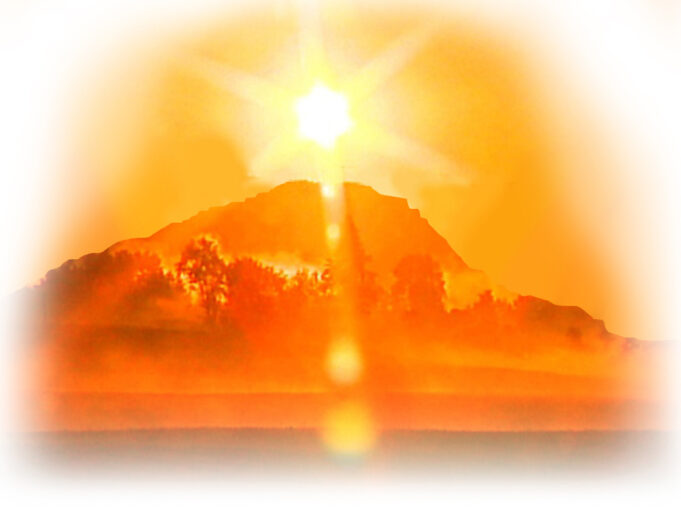 [Editor’s note: The following article is based on an excerpt of the Saviours’ Day message delivered by Minister Farrakhan on February 27, 1983 in Chicago, Illinois.]

It was prophesied that Allah (God) would come and choose the despised, the rejected, the unloved, the unwanted and they would be His people and He would be their God. Is there any people more despised, more rejected, more unloved than the Black people of America? Allah (God) promised that He would marry with us.

The promise was made over 6,000 years ago. From the time that Adam fell, and hell reigned supreme on the Earth, Allah (God) prophesied or promised through the mouth of His prophet that, in the Last Days, He would come and choose a people to be His own. The scripture says, “When we are old enough, we will marry.” It means that at the fullness of time, when you are matured and ready for God, He will present Himself. He can’t come to you before the time. He can’t come after the time. He must come on time.

Joseph and Mary were childhood sweethearts. When they were old enough, God presents Himself, the Messenger presents himself and the father of Mary stands in the way. Mary is a prototype of Black people. You are really the woman here that is going to give birth to a child. You are the people that are to give birth to the Messiah. You don’t know it, but you are the people that are going to do that. And White people, like a father, are standing there looking at who comes to be your leader and marry you.

Have you noticed how every Black leader who wants to unite Black people but is not made by White people, they reject him for you? When White people reject him, you reject him. We rejected Marcus Garvey. We rejected Noble Drew Ali. We rejected Malcolm X. We rejected Elijah Muhammad. Why did we reject them? Because the White man didn’t want them for us; he becomes an interference between us marrying anybody who has truth to tell.

But the Book says, “A darkness came over the people and Mary called out”—even though Joseph was married and had six children. This is actually referring to God raising prophets out of other nations of the earth, while we were the apple of His eye all along. Count the prophets from Abraham: Abraham, Noah, Lot, Moses, Jesus, Muhammad and Aaron, because Aaron was also considered a prophet—not equal to Moses but a subordinate of Moses. That’s six prophets. There are also minor prophets.

Although God is raising prophets all over the world, none of these prophets delight His heart, not because He doesn’t love His prophets, but the prophets were unsuccessful. Satan’s power was so great. The prophets could not overcome the power of Satan. The prophets were killed by Satan. So, God sent the prophets, but secretly in His heart He wanted a son. He wanted somebody that would help Him in His mission and work. He was looking for the ideal prophet, not the prophet of yesterday. But He knew that there was one coming. He had a covenant. He had a contract of marriage with Israel. He had a contract of marriage with the Muslim world. But none of them have fulfilled what God wanted.

The Muslim world has not fulfilled its covenant to Allah (God). Neither have the Jews or the Christians. So, He has to go outside of the family to find a woman to make a child for Himself. Just like David’s child, the heir to the throne, was not from the Original family; it came from Bathsheba, who was a strange woman. The Bible tells us that the Last Man would be a man like David.

Now, the woman (Mary) is under darkness and she cries out for her lover to come. This refers to a people, Black people, in a time of great trouble, turmoil, tribulation, crying out to God, “Have mercy on us.” The Bible says, “Jehovah heard the moaning and the groaning of Israel.” He didn’t say, “I’m going to send somebody.” He said, “I’m coming Myself to see whether the cry is altogether what I heard.”

The Messiah asked, “Who do they say I am?” The people responded, “They say you are that prophet that was to come.” He knew that they did not know who He was. And it wasn’t time to reveal who He was.

Beloved brothers and sisters, if you can only see that we became pregnant with a Divine One from among ourselves, and whether you want to recognize it or not, that One that God gave us is the Honorable Elijah Muhammad. A strange man. A strange-looking man with a fez on his head. His fez with the sun, moon and star in the front of his forehead, in a Black background. It wasn’t just a pillbox on his head. It was a sign that God would ultimately bring him to Himself and teach him the utmost of His signs and give him power over that which he had in his head and on his head. Jesus is supposed to be taught by God the Mastery of the forces of nature, where he becomes Lord over the universe.