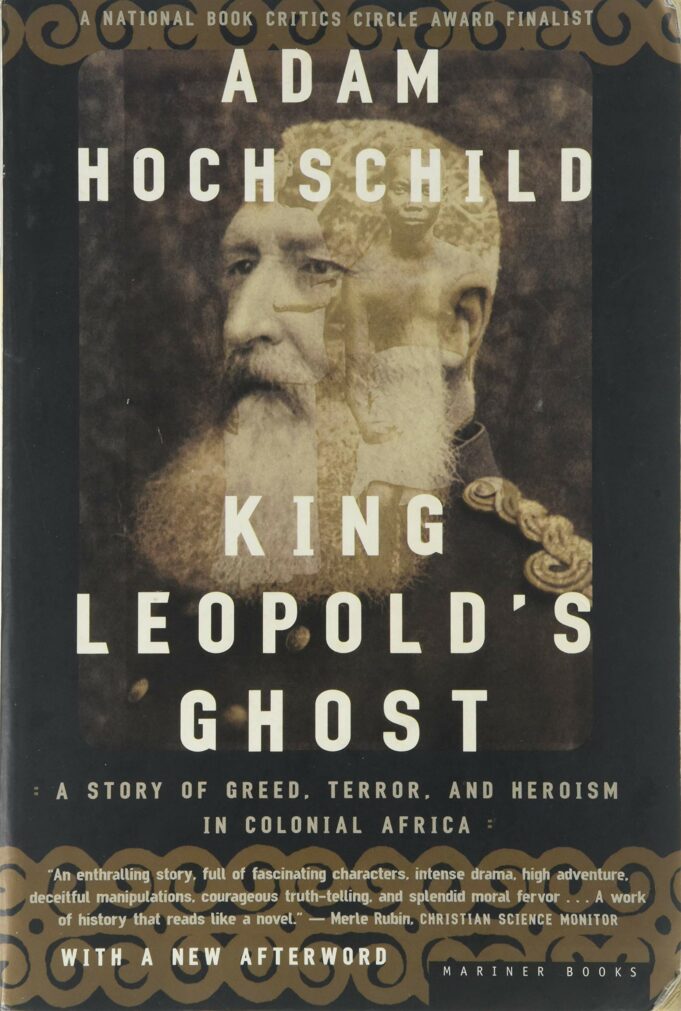 It’s heart wrenching to read Adam Hochschild’s 1998 book, “King Leopold’s Ghost,” which recounts the long history of brutality perpetrated on the Congolese people by Belgium and King Leopold II, who established the Congo Free State as his personal property.

My blood began to boil at the welcome Belgium’s king recently received in the Democratic Republic of Congo, also once known as the Belgium Congo and Zaire.

With open arms and a red carpet, King Phillippe, flanked by Queen Mathilde, was welcomed back. King Leopold II, the brother of Phillippe’s great grandfather, ruled from 1885-1908.

Belgium ran the Congo directly until 1961 when independence was granted. A puppet regime rose after the brutal murder of democratically elected Prime Minister Patrice Lumumba. The murder was authorized by then U.S. President Dwight Eisenhower, according to Susan Williams’ 2021 book, “White Malice: The CIA And The Covert Recolonization Of Africa.”

Accompanying the king and queen was Belgium Prime Minister Alexander De Croo and other members of the country’s cabinet.

But did they return to the DRC to repent for past atrocities perpetrated in the name of capitalism? Did they write a Belgium government check for maybe trillions of dollars to make amends for thievery of the Congo’s mineral and natural resources? Did they offer something in penance for the estimated 10 million Congolese slaughtered, and physically abused, including the severing of hands? Did they do anything in the name of putting the poor, underdeveloped DRC on an equal economic footing with Belgium and her European counterparts?

No. The Belgium monarch returned a stolen wooden ceremonial mask. The single piece came from an inventory of 84,000 historical artifacts stolen by Belgium. Part of the collection was returned to the DRC government earlier in the year.

Other stolen artifacts, according to Adeoye O. Akinola, a head of Research and Teaching at the University of Johannesburg’s Institute for Pan-African Thought and Conversation, are still housed in Brussels, the capital of Belgium.

On his June 8 visit, Phillippe voiced what he called his “deepest regrets for those wounds of the past” and abuses perpetrated on the Congo. This was his first visit to the DRC since he rose to the throne as ceremonial head of state in 2013.

He further acknowledged, “This regime was one of unequal relations, unjustifiable in itself, marked by paternalism, discrimination, and racism,” noted the Premium Times.

His return, including the enthusiastic waving of Belgium flags by ruling party supporters and the welcome extended by Congolese President Felix Tshisekedi and many politicians, made no rational sense.

“A common history,” read a banner hanging in parliament that spoke to the absurdity of the moment. It was as though the former owner had returned to claim credit for some great development of the DRC, instead of taking full responsibility and making amends for past brutality and atrocities.

The visit came without “reparations,” and not even an “apology” for the forced labor of millions and the robbing of the country. The theft of DRC mineral wealth and natural resources was perpetrated by Belgium alongside the U.S. and other European accomplices. It made the resource rich DRC, plagued by poverty and a history of insurgent conflicts, look like a poor beggar nation at the feet of its former colonial masters.

Author Hochschild spoke to downtoearth.org.in about conditions in the DRC. “One, certainly, is the territory’s long history of brutal exploitation, first during Leopold’s rule and then, somewhat moderated, as the Belgian Congo,” he said. “Then came Mobutu’s 32-year dictatorship when—with strong American and European support for most of his reign—he robbed the country of billions and let roads, railways, hospitals, schools, molder away, often into nothing.

Any country, anywhere, would have trouble recovering from a history like that. And then, on top of all of that, there’s the inherent difficulty of welding a nation-state out of a vast territory of people speaking hundreds of languages.” The country was then called Zaire but with the departure of Mobutu, it returned to the Democratic Republic of the Congo as its name.

Under Mobutu Sese Seko, who was born Joseph Mobutu, Prime Minister Lumumba, an advocate for a strong and independent Africa, was killed at the behest of America and other Western powers.

Concerning troubles that continue in today’s Congo, Hochschild said not only does Belgium owe “reparations” but so does America.

His book, being made into a film by Hollywood actor and sometimes director Ben Affleck, includes cooperation with Scott Budnick’s One Community, which is financing the movie and was behind the film “Just Mercy.” Affleck and his Pearl Street Films are partnering with actor Martin Scorsese and Sikelia Productions. Harry and Gina Belafonte are also co-producing the film alongside Emma Koskoff-Tillinger for Sikelia. Madison Ainley will executive produce for Pearl Street, according to thewrap.com. Farhad Safinia, who wrote “Apocalypto,” is assigned to writing the script.

Let us hope the film, through open discussions, not only raises the issue of Europe and America’s imperialist past but puts Africa in the mindset to be the driver and sole owner of its development, mineral and natural resources.