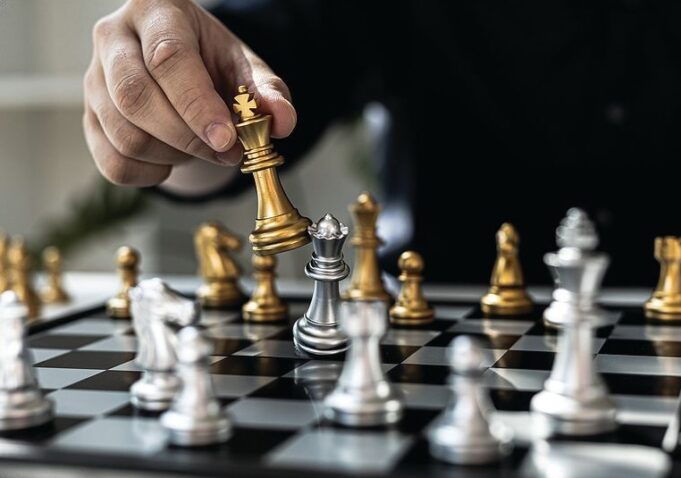 “I say to my brothers and sisters in Africa, if they come up with a vaccine be careful. Don’t let them vaccinate you with their history of treachery through vaccines, through medication. Are you listening? I say to the African presidents, do not take their medications.”

In last week’s article, entitled, “47 African Countries Shake Up White Power…”, we praised the African nations who stood up against President Joe Biden’s proposed amendments to the World Health Organization that would increase its power to not only declare but to dictate a nation’s response to a “pandemic”. Such power, advanced by a U.S. President, would be at the expense of even American sovereignty.

The unity displayed by these African nations in blocking this power grab by the WHO does not come in a vacuum. This response bears witness to the influence of the Honorable Minister Louis Farrakhan and his call to the African leaders in his monumental message “The Criterion”, July 4, 2020, to reject the vaccines America was then developing for the so-called “novel virus”, COVID-19.

Strong African leaders such as the late President of Tanzania, John Magufuli, openly criticized the WHO vaccination policy, declaring, “You should stand firm. Vaccinations are dangerous. If the white man was able to come up with vaccinations, he should have found a vaccination for AIDS by now;

It is difficult for people of reason to accept this as a coincidence. But before he died, President Magufuli took his anti-vaccine agenda to another level. He was in collaboration with fellow African leader, President Andry Rajoelina of Madagascar. President Rajoelina, through his Madagascar Institute of Applied Research (IMRA), made a tonic from a local plant called artemisia, which had a proven efficacy in treating malaria. For his efforts there was a failed assassination attempt on President Rajoelina’s life in July of 2021.

History has taught us that the preferred weapon for dealing with leaders of nations who refuse to bow to America’s wishes is assassination. This is usually achieved through hired mercenaries, including skillful poisoners. In fact, there is an entire book dedicated to exposing the CIA’s science of murder through poisoning, entitled Poisoner in Chief, by Stephen Kinzer.

In this 2019 book, Mr. Kinzer writes that grudging credit is given to the head of the CIA’s Technical Services Division in the 1960s, one Dr. Sidney Gottlieb, “for being smart enough to work for an organization that would not only allow him to poison and murder people with such aplomb, but would also protect him from the consequences awaiting any other sociopath.”

Mr. Kinzer quotes another author, Barbara Kingsolver, who wrote: “a scientist named Dr. Gottlieb was hired to make a poison that would produce such a dreadful disease (the good doctor later testified at the hearings), if it didn’t kill (Congolese leader Patrice) Lumumba outright it would leave him so disfigured that he couldn’t possibly be a leader of men.”

So, what exactly did Presidents Magufuli and Rajoelina do that would cause the American government to attempt to kill them? The answer is in the Honorable Minister Louis Farrakhan’s bold and true declaration that America has a “history of treachery” through vaccines and medications. America’s powerbrokers could not have Africans finding and producing cures for COVID-19 while Big Pharma was pushing their Operation Warp Speed so-called “vaccines” on the African people.

In a previous article published in The Final Call newspaper, we referenced a December 23, 2020 article in the Malaria Journal, “Malaria and COVID-19: Unmasking Their Ties.” The researchers observed that the number of confirmed cases of COVID-19 is relatively low in countries such as Mozambique, the Democratic Republic of the Congo, Nigeria, Uganda, Niger and Côte d’ Ivoire (Ivory Coast). These same six countries represent more than half of the global number of malaria cases.

To fight malaria these countries have used a number of inexpensive and highly available drugs such as ivermectin, hydroxychloroquine (HCQ) and chloroquine. So these scientists performed a study to see if the wide use of these drugs might help explain why COVID-19 has not been a serious health threat at all in countries where malaria is widespread. They found that the wide use of these anti-malarial drugs “may be responsible for the inverse relation between COVID 19 and malaria prevalence,” and may have “curative effects” against COVID-19.

But instead of giving credit to these safe and effective affordable drugs for preventing COVID and more importantly, making them available to the American people, WHO, CDC, and FDA have declared these drugs ineffective. This lie continues to be aggressively pushed by the U.S. government in spite of data and real life outcomes proving otherwise. These agencies are more aggressive than ever in pushing “vaccinations” as the only way to protect the world against COVID-19.

Never forget that Anthony Fauci and the CDC promised you these shots would protect you from catching and spreading the virus that caused COVID. But now, they are telling you that you need a booster, maybe two, maybe three or more to be protected. And they also admit that transmission and “breakthrough” infections of the virus are frequent and common among the vaccinated.

What is in these so-called “vaccines” that the corporate-owned American government wants to be injected into in every arm of every human on the Planet Earth? What dangers of the Pfizer vaccine did the FDA want to keep secret from the world for the next 75 years?

The new Children’s Health Defense Films documentary, “Infertility: A Diabolical Agenda,” exposes a World Health Organization program that sterilized Black African women under the guise of a vaccination program. In Kenya, they secretly and diabolically laced a tetanus “vaccine” with a birth control drug and gave it to millions of unknowing Original women of childbearing age in the 1990s and early 2000s.

Black African doctors suspected a wicked aim, tested the “vaccine,” and discovered the plot. The medical trickery in Kenya was one of several similar Depopulation Plots uncovered in nations where the white man lusts for land and natural resources.

Dr. Naomi Wolf assembled a group of over 3,000 investigators and 250 lawyers to go over the monthly data dumps of 55,000 pages each (supplied by Pfizer and the FDA was forced to reveal) on the “safety trials” of their new “vaccine”, which showed that Pfizer and thereby the FDA, knew in advance that pregnant women should not take these COVID shots because they are deadly to both the mother and her unborn baby. Dr. Wolf labels the worldwide COVID-19 vaccination campaign as “genocide.”

Now comes “DePopulator in Chief”, Bill Gates, who opens his mouth again to let us know that more deadly viruses are coming. “I have to say, given the toll of this pandemic—20 million dead globally, a million in the U.S.—and it could have been way more fatal. We just got lucky that the death rate per case was like 0.2%,” Gates told TIME senior correspondent Alice Park, during the TIME 100 Summit in New York City.

Gates warned that we should not count on similar luck during the next global pandemic. “ ‘Considering how destabilizing the COVID-19 pandemic has been, if another virus emerges with similar virulence but a much higher fatality rate—say, 5%— it could be ‘society ending,’ Gates said.”

Well, Mr. Gates, since the African nations don’t want or need the West’s death shots, why don’t you help them rebuild their HCQ manufacturing plant and set up plants to make Ivermectin and the Madagascar tonic from the artemisia plant? Of course, we all know the answer that. You could never do that because you are a key member of the Satanic group who desires to cull the world’s population by 2 billion to 3 billion people.