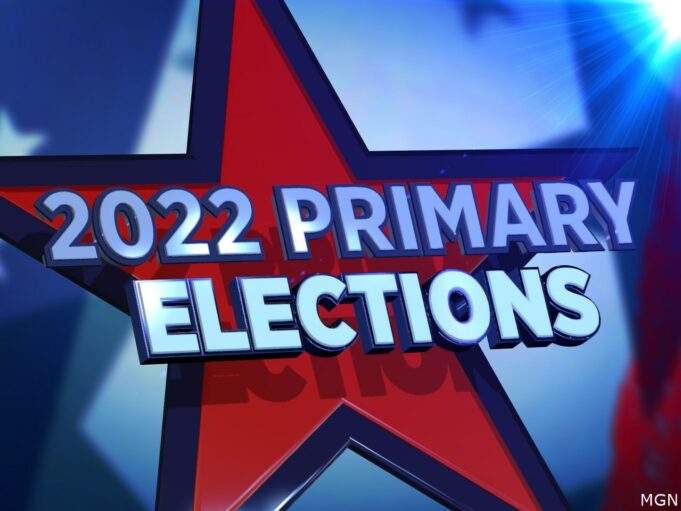 Among seats up in midterm federal elections this year were all 435 seats in the U.S. House of Representatives, with two-year terms, as well as 35 seats in the 100 seat Senate with staggered six-year terms, 36 of the 50 governorships, and state and local offices.

With the rising cost of living, gas prices, and the war in Ukraine, President Biden’s approval rating has dropped faster than the stock market, and pollsters are forecasting Democratic losses in fall general elections.

In May 24 primary elections, Donald Trump and his Make America Great Again mantra had some big losses as some key candidates he opposed or snubbed, such as Brian Kemp in Georgia and Brad Raffensperger in Alabama, won significant victories in GOP primaries.

Some wondered if the ex-president’s hold on the Republican Party was slipping or if the successful candidates Mr. Trump disliked had discovered the secret of winning without him.

In Pennsylvania, there is a recount underway in the GOP Senate race between Trump-endorsed celebrity heart surgeon Dr. Mehmet Oz and former hedge fund CEO David McCormick. Both endorse the Trump platform.

According to the Office of Philadelphia Commissioners, voter turnout in the city was 23 percent, which some saw as a sign of voter apathy or discontent, especially among Black voters.

The 2022 midterm elections placed before Black voters candidates from the Republican Party, which has actively worked against their interests for decades, and the Democratic Party, which has led Black voters down a rose-colored path, but struggled to meaningfully address racism and vital issues like criminal justice reform and voting rights protections, said analysts.

“At the same time, many people in the Democrat Party who want things like Medicare for all, things like a rise in wages and an end of student debt have been very, very disappointing. As we head to November, it seems that there is not much of a choice facing African Americans,” he said.

Since 1968 according to voter polls, not one Republican presidential candidate has received more than 13 percent of the Black vote. Exit polls show more than 80 percent of Black voters identified as Democrats.

While Blacks voted overwhelmingly for Democrat Joe Biden in the last presidential election, Black needs seem to be on the back burner with a Democrat in the White House and a Democratically-controlled Congress. Voting rights legislation on the federal level is stalled and police reform is on hold two years after the death of George Floyd.

Meanwhile Republicans have passed laws at the state level that restrict voting. In Texas, new identification requirements for voting by mail restricts the state’s voting process and narrowed local control of elections. Many are concerned these laws will disproportionately affect Blacks and Latinos.

Dr. Wilmer Leon, political scientist and author, does not think Black people will get anything different. He told The Final Call, “The Biden candidate offered the American people free college and childcare subsidies. He offered money to historically Black colleges. He offered a $15 minimum wage, none of which he has been able to deliver on.”

Professor Carl Tone Jones, social activist, educator, and producer of the landmark documentary “The Independence Day Project,” told The Final Call he is very disillusioned with what is happening in American politics.

“You only need to examine the results. Schools have declined and become less safe; there is a lack of infrastructure, a poor relationship with law enforcement, and few economic opportunities for those who do grassroots work,” Prof. Jones noted.

“We have been led to believe it comes down to the vote. It is crucial that we understand politics to become genuinely involved as a community. To develop independent politics and finance it, we need to hold people accountable to the community, create our lobby, and fund it.” Politicians should have a vested interest in doing something for their communities, he argued.

Imam Suetwedien Muhammad, head of the Muslim League of Voters in Philadelphia, was disappointed with primary election turnout.

“As a community, we need to be more serious. First of all, there was a low turnout. I see it as a test run since there will be a mayoral election next year, and I cannot emphasize enough the importance of local elections,” he said.

“In November, we will have a new governor, an elected senator, and a new congressperson. Still, we should focus on the upcoming city elections. Rich people are still getting 10-year tax breaks, while the poor face sheriff sales and higher property taxes,” he said.

The races for the Senate and Congress are essential and represent an elite group, Imam Muhammad said. “We need to pay attention to these races. We need to be involved more. Not enough people are voting, but herein lies the dilemma,” he observed.

“People feel like, ‘We are not getting anything and that voting makes no sense. My taxes are being raised; houses are being taken. Nobody’s listening to me. I don’t get anything. Black presidents, Black mayors, Black city council members, Black union leaders, but still we remain in a black hole,” Imam Muhammad said.

Abdul Haleem Muhammad, student minister for the Nation of Islam Southwest Region in Houston, Texas, told The Final Call, “The Honorable Minister Louis Farrakhan stated in his seminal book ‘Torchlight for America’ that partisan politics would be the death of America.”

He added, “We are witnessing hyper-partisanship. The result will be the further unraveling of a great nation, as Minister Farrakhan stated during his address during Saviours Day 2020.

“Black people must set an unapologetically Black agenda to hold our representatives accountable and come to the table with something that works for us,” he advised. “Our focus gets subsumed in other discussions, but we must do what’s best for the Black community.

“Because we’re too loyal to one party in these primaries, we cannot be effective,” he continued. “The undercount of Blacks in the 2020 census, voter suppression, and how these districts are gerrymandered have changed the trajectory or platform of candidates. The party’s more extreme, radical elements will gain the nomination if you do not defeat them in the primary. This guarantees victory in the general election. Therefore, we need a new political and economic strategy that incorporates Minister Farrakhan’s statement long ago: ‘Politics without economics are symbols without substance.’ ”

He added, “Let’s face it, if we can’t get freedom, justice, equality in any of the political, economic, social, or economic systems of this country, then we must at least get some of this earth, which we call home. Then we can act in our own best interest.”