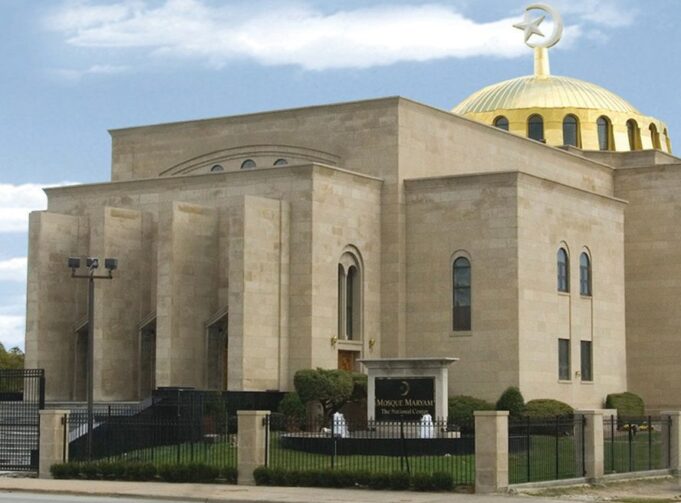 CHICAGO—It has been nearly five years since the Honorable Minister Louis Farrakhan graced the airwaves as a guest on WVON 1690 AM. However, this show was especially historic as the Minister and 13-member Shura Executive Council of the Nation of Islam (NOI) appeared on the WVON 1690 AM Morning Show with host and longtime activist Eddie Read.

The two-hour show on the Black-owned talk radio station presented the opportunity for the world to again receive divine wisdom, insight and warning from Min. Farrakhan. And it was an occasion to present the NOI Executive Council—all appointed by Min. Farrakhan—to the Black community and the world. It was the first time all members of the Council were introduced to the public.

Governing and functioning based on Allah’s (God’s) law must be rooted in love, which is critical to uplift a people and is the right way to rule, the Minister explained during the May 16 broadcast that aired live from 7 a.m.-9 a.m. CDT.

“We always think of law as something that confines us, and it does. But Jesus represented law at the highest manifestation when he said, ‘Love God first.’ And that is the first cardinal principle of the Executive Council and the members of the Nation of Islam. We love Allah (God) first with all of our hearts, soul, mind and strength. We pledge allegiance to nothing or no one, but God,” Min. Farrakhan explained during the broadcast.

Jesus did not want his disciples to reflect the governance of Rome or the hypocrisy of the rabbinical class of the Jewish people of his day and neither does the Nation of Islam, the Minister continued.

The NOI Shura Executive Council consists of Muslim men and women who are students and followers of the Most Honorable Elijah Muhammad under the guidance, leadership, and example of Min. Farrakhan. The Council is tasked with governing the affairs of the over 90-year-old Nation of Islam based on the teachings of the Hon. Elijah Muhammad.

Shura is an Arabic word meaning “consultation,” taken from “Al-Shura,” the title of the 42nd Surah or Chapter of the Holy Qur’an, the Islamic book of scripture which enjoins Muslims to consult or take counsel in important affairs particularly in governance.

“I am an extension of Elijah Muhammad, who we believe is that Jesus that every one of us has fallen in love with and have wanted to live under Jesus, follow Jesus and be made into Jesus. So that each one of us who follow Jesus become saviours under his saving grace and power,” Min. Farrakhan added.

In the Holy Qur’an, Allah (God) uses the term “we,” more than the word “I,” the Minister observed. Muslims and Christians have a responsibility to talk more about “we” as those who are in obedience to God, he said.

Many members of the Executive Council came into the ranks of the NOI as teenagers and young adults.

But today they are mature people who are “rooted in the law and Teachings of the Honorable Elijah Muhammad. That’s why I chose them to be on his Council so that he (Elijah Muhammad) is on the Council,” said Min. Farrakhan.

“What the Honorable Minister Louis Farrakhan has done in establishing an Executive Council that was said earlier follows the pattern and direction of governance given by God,” said Student Min. Ishmael Muhammad at the beginning of the program.

And, Ishmael Muhammad continued, historically speaking where Black leadership and organizations are concerned, “every Black leader and organization that was systematically destroyed by the satanic forces of the United States government was unable to enjoy continuity after the leader was off the scene.”

The leaders initiated movement among Black people that was stymied by the enemy. And after a fall, the Nation of Islam rose again as an independent nation and the result will be justice, freedom, equality, and the total liberation of Black people.

Min. Farrakhan turned 89 years old on May 11 and continues to work tirelessly in the mission and work of his father, the Hon. Elijah Muhammad. As he had done countless of times before, the Minister dispatched wisdom during the broadcast and answered a few callers who posed questions from the WVON listening audience. Mr. Read extended an invitation for Min. Farrakhan to come back to the show as the people, particularly Black people desire to hear more from him. But the Minister said he desired those who represent him to be afforded those opportunities.

“I have taught you well by the Grace of God. Millions of words now are out there for us to feed on. So, I want to see now a new generation rise in that word and they are coming up fast,” he told Mr. Read.

“Every one of these that you heard, including Brother Student Minister Ishmael. He’s got a cadre of young ministers, male and female, studying now and growing in the study—and so soon you will see them. Soon you will hear them. And you will hear Elijah coming through them all or they won’t speak at all. I did not live my life and offer my life for wicked, corrupt people to come to me and say they want to help me; but they really want to help themselves and use my teacher’s name to deceive the people,” said Min. Farrakhan.