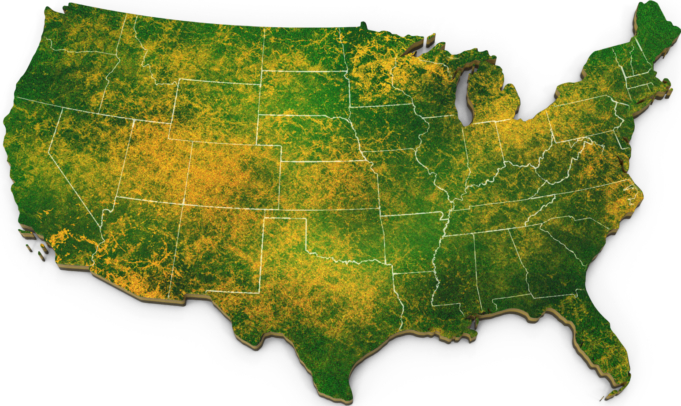 [Editor’s Note: The following article is based on excerpts from the Saviours’ Day address, “The Birth of a Nation,” delivered by Minister Louis Farrakhan on  February 26, 2006 at the United Center in Chicago, Illinois. To order this message on CD/DVD/MP3 visit store.finalcall.com or call 1-866-602 1230, ext. 200.]

We are in love with our former slave-masters and their children. When people say, “I love everybody,” that is foolish because Allah (God) does not love everybody. He said He loved Jacob but He hated Esau. So if God is our example and He can love and hate, then do not be afraid to love and do not be afraid to hate. If you love God, then you hate the things that God hates and you love the things that God loves. Even though your people are mired in the things that God hates, He loves them enough to keep on calling them out of what He hates until He makes them an object of His extreme favor.

Pharaoh has let us go, but there is a problem with us. If someone does not want us in their house and kicks us, yet we do not get the hint; so he kicks us again, but we are still holding on to the leg … then, he kicks us with the other one.

Black people are in the middle of these two groups deceived because we have the right or privilege to dialogue with certain Christians, certain Jews, certain Muslims, certain government officials, or may even visit the White House, and then we conclude after such dialogue that Black people are going to make progress.

I want to disabuse us of the thought of integration because that is our sickness and the sickness of the Civil Rights Movement. Many of us love White people more than we love ourselves and our own Brothers and Sisters. It is not wrong to love other people, but it is wrong to love them at the expense of our people. Some call this mindset the “Southern Factor,” but it is the “Negro Factor.” When we must make decisions, we ask, “What will White people think if I show up with Black Muslims? What will my boss say if he knew that we were in a meeting and agreed to work with people that they do not like?”

This is the mindset of a Negro—always basing our actions on what someone else will think about us rather than what is right for our people. When we think like that, we are still slaves. When we think like that, we will go only so far in the struggle for the liberation for our people; but when it looks like we are going to offend some White people, we shrink. Some White people will not be offended by our liberation, but there are other White people who will be offended by our liberation. But we cannot worry about them; we have to be bold enough to keep moving toward liberation.

We have now entered extremely dark days in the fall of America and the fall of the present world. It is difficult for some of us to think about separation, because we say separation is the scheme of nationalists. But even if you say that you are not with nationalists—are you with God? If you love God and are with God, then you should want to know what God wants. So, does God want us integrated into a house that is under Divine Judgement?

Allah (God) is not going to tolerate the righteous remaining with the wicked. This is a Day of Separation. In every house, Allah (God) is going to separate those who love righteousness from those who choose to live a Satanic way of life.

Everything that Allah (God) forbids in the law, this world of Satan says it is okay to do. In the Book of Revelations, Allah (God) said, “Come hither and I will show unto you the judgment of the great whore that sitteth upon many waters with whom the kings of the earth have committed fornication and the inhabitants of the earth have been made drunk with the wine of her fornication. So he carried me away in the spirit into the wilderness.”

The scriptures describe a woman sitting upon a scarlet-colored beast full of the names of blasphemy, having seven heads and 10 horns. She was decked with gold, precious stones and pearls, and had a golden cup in her hand full of abominations and filthiness of her fornication. Upon her forehead was a name written: Mystery Babylon, the Great, the mother of harlots and abominations of the earth.

The scriptures also read: “And I saw another angel come down from heaven having great power and the earth was lightened with his glory and he cried mightily with a strong voice saying Babylon the Great is fallen, is fallen and is become the habitation of devils and the hold of every fowl spirit and a cage of every unclean and hateful bird.”

In 1971, then-president Richard Nixon took America off the gold standard and the country started printing what is called “fiat money,” which is money that is not backed by anything of value. So, today, the value of the dollar bill is decreasing very fast. We are in now a house (America) that is falling. Open your eyes.

The nations of the world in the past became wealthy because of their trade with America. The dollar has been the force in the world, but today it is only backed by America’s power and her military might. Today, the economic might of America is declining. Forty years ago, all of our clothing was made in America, which meant that poor workers could find jobs in a factory. But today, the industrial base in America has moved to cheap labor markets abroad.

If we are dealing with Jim Crow, Esquire today, why do some of our leaders keep telling Black people that Jim Crow, Esquire’s child is going to do better than Jim Crow, Esquire or Jim Crow did by us? These are the same people with the same mind and spirit. We must wake up and recognize that not one more generation of our people should be sentenced to their false words.

Some Black people are trying to remain in this system, but it is frequently pointed out that there are two Americas: one Black, one White; one rich, one poor; separate and unequal. This is the weakness of America—because Black people have become the Achilles Heel of America since this country no longer has any use for us. The rulers know our future, so their aim is to take us completely out of favor with Allah (God) and cause us to fall with them. When will we wake up?

The aftermath of Hurricane Katrina should have made the scriptures plain to us, when it reads: “Come out of her my people that you be not partakers of her sins and her plagues, for her sins have reached unto heaven.” Come out of her.

Master Fard Muhammad sent His Word to cut a stone out of the mountain. He sent it to break my people free from their 400-year-old tormentor. When that stone starts moving, it becomes a kingdom of peace. That is why we are called the Nation of Islam. It is a nation of people who submit their wills to do the Will of God. We have not carried any weapons; in all that we have accomplished, it was not accomplished by violence.

Many of us do not think we can live without White people. But we have lived trillions of years without them before they ever came to the earth, so we can live an eternity without them if they do not accept righteousness.

The stone is hewn out of the mountain without hands. The stone hits at the weak spot. What is the weak spot of an empire that is built on slaves? What was the weakness of the fourth kingdom Rome? It was the slaves in Rome. When Jesus began preaching and, as the Bible says, the poor heard his voice gladly, the enemy said, “We have to get rid of Jesus because if we don’t get rid of him, the toes will crumble, the legs will fall and our gold, our silver and our brass will be broken into pieces.” Jesus became hated because he was the advocate for the poor.

Any leader that advocates for the poor will either be assassinated, put in prison, be lied upon and talked about by the enemy. We have even worked against leaders that have worked for us. We believe that any of our leaders will receive this treatment because whoever will defend and attempt to unite the poor, the enemy does not like because they are the bloodsuckers of the poor.

The whore that sat upon many waters and the woman sitting upon a beast, spoken of in the scriptures, represent a false church sitting upon a powerful government that is supporting this false church and spreading the filth of her abominations all over the world. Look at the filth in America today and how she is spreading that filth all over the world.

Who is this Satan that has this world upside down? You cannot reach Satan because he is so high in power. He keeps us fighting the demons that he makes on the lower levels of society. When we get too close to him, he throws another demon at us, while he remains behind the curtain. But his tricks will not work today. We are going to call Satan out today because the war is on. The war is not White versus Black—it is God versus Satan; wrong versus right. If we are willing to do right no matter what our color, we can be a part of the Kingdom of God. But every White man or woman and every Black man and woman, before we can become a part of God’s Kingdom, we have to renounce Satan and all his works.