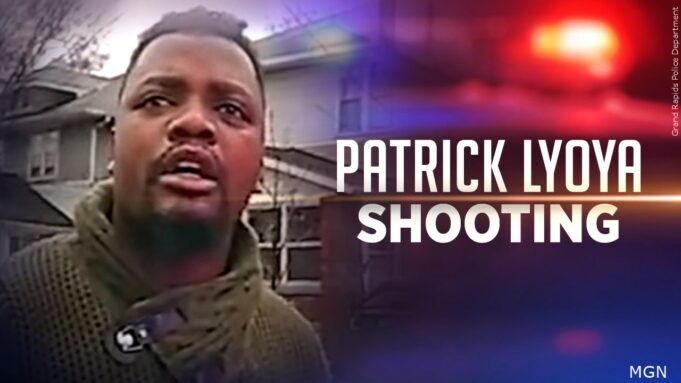 Family, friends, members of the local Black community, and others participating in the funeral of Patrick Lyoya, a Congolese refugee shot and killed by a Grand Rapids Police officer on the city’s Southeast side, want to know “what’s next” as mourning gives way to more questions.

After Patrick’s car was stopped over an alleged license tag problem, what should have been an exchange of documentation and the issuance of a ticket became what witnesses called an execution-style killing. Patrick was shot in the back of the head, by the police officer, as he laid face-down on the ground. The name of the officer was finally released days after protests and demands for transparency.

“This killing and the news of it has brought to light the problem that has been existing within this city and this community for a long time,” said Student Minister Sultan Z. Muhammad, the Grand Rapids representative of the Nation of Islam under the leadership of Minister Louis Farrakhan. “Police have been mishandling, and in many cases abusing, their authority in their dealings with the Black community. But modern technology has allowed what was done in the dark to now be brought into the light,” he said.

Representing the family through an agonizingly difficult process of seeking justice for their eldest son and sibling, civil rights attorney Ben Crump has acknowledged  the city manager and the local police chief for allowing an investigation to move forward. But, he added, it is unclear as to what form justice will take and whether Patrick’s killing will lead to real change.

“Transparency is the first step to getting to the truth, and truth is the foundation for us to get to justice, justice for Patrick. When you think about what you witness in that video, you see a confused person in Patrick who never takes a violent act against the police officer,” Atty. Crump said prior to Patrick’s funeral, which was held April 22.

Local activists, such as lifelong Grand Rapids resident Jewellynne Richardson, known affectionately in the local community as “Mama Jewel,” said the city has a long history of police abuse against Black people. While protests and marches are good for directing attention to issues of injustice, they do not necessarily solve the deep and chronic problems of prejudice and racism embedded within the GRPD, she said.

“I don’t know if I (would) give them credit for transparency, I would give them credit for blocking and stifling and putting in stumbling blocks,” Ms. Richardson told The Final Call. “For me, I’m very disappointed in the actions that they’re taking and what I see from here is that they’re just trying to let things settle down and go away. It’s a stall tactic,” she insisted.

Regarding the Lyoya family’s immediate needs, family spokesman and interpreter Israel Siku told The Final Call that Patrick helped to support his parents and siblings, frequently driving between Grand Rapids and Lansing, Mich. His loss as a beloved son and brother has been both tragic and devastating.

Reiterating the parents’ need to grieve while demanding justice for their son, Mr. Siku said it’s vitally important to keep bringing attention to Patrick’s killing but avoiding violence only plays into the hands of detractors and those seeking to delay or deny justice for Patrick and his family.

“The strongest thing that they have been asking (for) is to support them, but (to) keep pushing for justice without violence. That is the message the father has been conveying around from the beginning, and he wants Black Americans and African Americans to come together like one and to fight for this,” he explained.

A spokesman and leader of the West Michigan Congolese community, Pastor Ngandu Amisi, said in 64 years of his life, he never knew a five year period where the Congo didn’t experience fighting, causing many of his countrymen to seek refuge in other lands. He didn’t expect for a young man of their community to be shot down over an automobile license tag in Grand Rapids, Mich.

During the funeral service he shared his appreciation for those supporting both the Lyoya family and the Congolese immigrant community by allowing the world to see their humanity and for supporting their calls for justice.

Invited by the family to deliver a eulogy of advocacy and remembrance, Reverend Al Sharpton said the significance of Patrick’s April 4 killing, 54 years to the date of Dr. Martin Luther King Jr.’s assassination, cannot be overlooked and that America’s call for Russian accountability, because of their brutality in Ukraine, makes it difficult to support elected officials who fail to demand likewise from police forces at home.

“I come to be with (Patrick’s father) and the mother and Patrick’s two children to tell you that this cannot end today,” Rev. Sharpton proclaimed to loud applause while explaining how he learned about Patrick’s killing during his national radio show. “To add insult to the injury, they’re telling this family that they will not release the name of the one responsible for this death (and) will not release the name until he is charged.”

“Every time a young Black man or woman is arrested in this town you put their name all over the news, every time we are suspected of something, you put our name out there,” Rev. Sharpton said. “How dare you hold (back) the name of a man that killed this man!”

Kent County Commissioner Robert S. Womack, the first to stand for the Lyoya family’s cry for justice and to organize for a high profile response, acknowledged those in the community following his lead and talked about how implicit bias in law enforcement can be fatal.

“As Rev. Sharpton said, and as Ben Crump said, this is bigger than Grand Rapids, this is how over-policing in African American communities in the United States of America has led to death from sea to shining sea!” Commissioner Womack exclaimed. “In Grand Rapids we have to play our part now. We just can’t have our leadership come out because Al Sharpton is in the house, we can’t just come out because Ben Crump is in the house, we need them on the frontline like the protesters have been on the frontline every day!” he said.

In a statement released by the Michigan State Police to WOOD TV 8, the agency said its Sixth District Special Investigation Section is continuing to investigate Patrick’s death and seeks to complete the probe in an efficient yet timely manner.  “Once detectives finalize their report, it will be forwarded to the Kent County Prosecutor’s Office for review. There is no timeline on when this will occur,” the statement said.

The seriousness of what is clearly a continuing national crisis was described on the day of Patrick Lyoya’s funeral by Pan-African Community Action.

“Just days after Lyoya was murdered by Michigan police, Stockton, California police released body cam footage of them shooting 30 times into the vehicle of 54 year old Black grandmother, Tracy Gaeta, killing her instantly. This ongoing pattern of police murder is a blatant disregard for the lives of African people; state-sanctioned violence,” the statement said in part.

Pastor Nganda Amisi, a leader and spokesperson for the West Michigan Congolese community, was mistakenly identified in Vol 41, No. 29. The Final Call regrets the mistake.