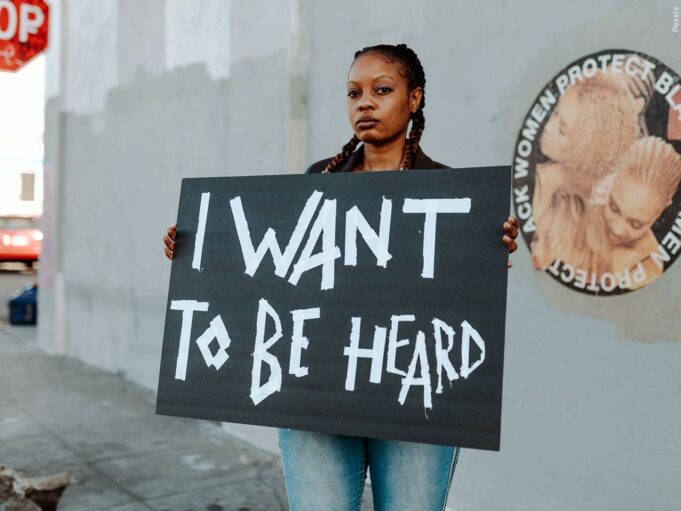 Sadly it wasn’t a new song when President Joe Biden promised another billion dollars to shore up the lives, the democracy and the security of the people of Ukraine.

The limitless spending again comes with more Americans suffering, but U.S. aid announced April 21 will pay for “weapons and economic assistance” for Ukraine in its war with Russia.

“The new package includes $800 million in military aid for much-needed heavy artillery, 144,000 rounds of ammunition and drones for the escalating battle in the Donbas region of eastern Ukraine. It builds on roughly $2.6 billion in military assistance that Biden previously approved,” the Associated Press noted.

“Overall, Biden said that $6.5 billion in security assistance that Congress approved last month as part of a $13.6 billion package for Ukraine could soon be ‘exhausted.’ With the latest announcement, Biden has approved about $3.4 billion in military aid since Feb. 24. Congress’ overall total also included about $6.8 billion in direct economic assistance to care for refugees and provide economic aid to allies in the region impacted by the war … . The U.S. expects to admit up to 100,000 refugees from Ukraine,” said the Associated Press.

Democrats and Republicans are marching lockstep in support of the policies.

America is addicted to war and is ensnared in a conflict driven by God Himself. This European conflict will ultimately usher in the war of Armageddon, a final global conflict written of in scripture and warned of by the Honorable Elijah Muhammad and the Honorable Minister Louis Farrakhan of the Nation of Islam.

We see a country and its blind leaders making wrong choices, rejecting divine guidance from two men that could help her in a time of trouble. The Bible says of ancient Babylon, she could have been saved but was not. America, the modern Babylon, is on the same course despite a near 100-year-old divine warning inside of this country. The warning: America fulfils the prophecy of ancient Egypt, ancient Babylon and other nations destroyed for their evil. Today God Himself has weighed and targeted America for destruction after her genocide against indigenous people here and the enslavement and destruction of our forefathers dragged out of Africa and across the Atlantic.

America must pay for her crimes today as other nations paid for their evil yesterday.

America is making choices, the wrong choices. Instead of choosing atonement and repentance, she persists in aggression and oppression.

If Jesus advises service to the least of these, the poor, the widow, the orphan, and if righteousness exalts a nation, America’s leaders are pulling her deeper into an abyss.

Suffering today in America is great and not everyone wants the country focused on Ukraine. According to the Associated Press, 49 percent of Americans polled want the U.S. to play a minor role in Ukraine.

“Overall, the report finds that 2.1 million more Americans live in counties with unhealthy air than last year’s report, and exposure to deadly particle pollution has worsened. And people of color are also more likely to be living with one or more chronic conditions that make them more vulnerable to the health impact of air pollution, including asthma, diabetes and heart disease,” the report said.

According to the National Urban League’s 2022 State of Black America analysis, the median Black household income was $43,862 versus $63,823 for Whites. The death rate of Black men from prostate cancer has nearly tripled. Black women were nearly 60 percent more likely to die in childbirth and 31 percent more likely to die from breast cancer. On average Blacks could expect to live four years less than Whites, added the report.

While in 2020 they were praised for “saving American democracy” by defeating the reelection bid of Donald Trump, there has been an all-out war on Black voters. GOP political leaders and activists at the state level are killing voting rights, and in Florida congressional districts are being redrawn to eliminate, limit or dilute Black voting areas.

So much for a commitment to democracy and supporting life, liberty and the pursuit of happiness at home.

While millions of Americans are growing older and joining the ranks of the homeless, millions of families and younger people are finding themselves unable to afford a simple apartment. “Black, Latino and Indigenous people who came of age in the 1980s amid recession and high unemployment rates are disproportionately represented among the homeless,” noted the Associated Press.

Where are the billions to resolve these problems or ease human suffering?

Feeding America, a national network of groups fighting hunger, warned “around 85 percent of the 200 food bank network, report seeing demand for food assistance increase or stay the same for February compared to the previous month, about a 20 percent increase from the previous survey.”

“With emergency declarations ending across the nation, those additional pandemic-related benefit allotments are expiring state by state, and another hunger crisis is looming,” said Feeding America. “While the pandemic appears to be receding for the time being, Feeding America expects that demand for food assistance will remain elevated and may grow as people’s expanded assistance goes away. On average, when the Public Health Emergency declaration ends, participants in emergency allotment states will lose $82 a month in SNAP benefits. For participants who qualify for the minimum SNAP benefits, their monthly allotments will plunge from $250 to a mere $20.”

Choices are being made but these choices only continue the unraveling of a great nation.