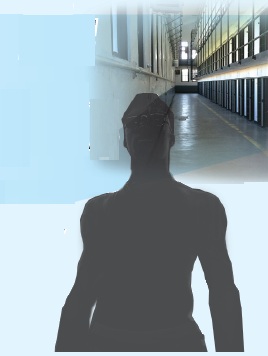 This is part two of the journey of Brother Alex X through the prison system and into the ranks of Islam. We are proud and honored to tell the stories of the courageous Believers behind bars who hold fast to their faith and belief in Allah (God) and the Teachings of the Hon. Elijah Muhammad, under the leadership of the Honorable Minister Louis Farrakhan. We pray that Allah (God) will protect, uplift, inspire and deliver you safely back into society to make it better. The work of the resurrection continues. —Naba’a Muhammad, editor-in-chief, The Final Call.

As we grew, and learned to become better Muslims, the level of interaction with the other prisoners as well as the prison staff began to change. Being in the Nation of Islam allowed you to rise above the everyday prison politics and opened up unlikely opportunities.

One such opportunity was when a mysterious martial arts master had taken it upon himself to secretly teach some of the brothers. He was a Vietnam veteran who walked on his toes and looked like a pimp. At the time, he was also the most dangerous man I’d ever met. The first day I met him, he taught me how to break a man’s leg. Once he met you, and determined that he liked you, all he taught you was how to maim and kill. It was like he was teaching backwards. He’d skip right over the basics. Because of the unpredictability of prison life, teaching us in an accelerated fashion meant he would never have to worry that he hadn’t given us enough to protect ourselves.

And it was for this reason that he only taught Muslims. He said we were the only ones that he could trust, with that kind of gift.

Even officers, many of whom had military backgrounds, came to admire our discipline, appearance and bearing. During “shake downs,” or living space searches, they’d see our neatly kept cells with our tightly made bunks and they’d either skip ours altogether or be careful not to upset our space too much.

One officer, a lieutenant, once confided that one of his best friends was a Registered Believer, “a real FOI, Fruit of Islam,” as he called him in Chicago. That friend would often mail the lieutenant videotaped lectures of Min. Farrakhan.

A paralegal, part of whose job was to determine if certain materials would be allowed into the prison, would come up and ask: “Are you guys getting your Final Calls? Are they giving you any problems? The Skinheads were complaining that you get your paper but they can’t get theirs. But I told them that they could go to hell, ‘cause you guys already fought that fight in court. So let me know if you have any problems.”

One day, in the aftermath of the infamous Crack Riots of 1995, a representative of the Gambino crime family came to my cell, and asked, “Nation of Islam?” “Yes Sir,” I said. He offered his hand “in friendship.” “I respect you guys,” he said and walked out.

About an hour later, the riot squad stormed our cell block and extracted every Believer. They actually missed one, who was able to keep the house of Islam we were building from falling. Many of us were sent to the Supermax penitentiary in Marion, Ill., while the others were held in “the hole,” solitary confinement … indefinitely. Through systematic and coordinated lies, the federal Bureau of Prisons had managed to use the riots as a cover to round up every Believer they could find and bury them even deeper in the system.

So we rode, chained, shackled and under the threat of violence, for over 20 hours on buses.

After riding for about 10 of those hours, the bus driver got up and said he had never seen anything like those riots in his 20 odd years of working for the Bureau of Prisons. He was referring to riots and work strikes that had erupted all over the federal prison system.

He’d been driving for two days straight, shuffling prisoners like us around, and this particular group, meaning us Muslims, were in some way different, said the driver. “You scared those guards back where you were at, but now you’re heading to USP Marion, wit’ the big boys,” he continued. “So, if I was you, I’d get some rest. … ’Cause you gonna need it.”

On the other contrary, we’d been “constantly training and conditioning” ourselves to be better men.

But Supermax was exactly where we were going, and once we arrived, it was clear that hell had gotten hotter. I felt like the prior six years I’d been incarcerated had been a training ground for what we were about to contend with. We were processed, separated and made to stand naked on a stage. It was just you and six or so White officials standing around asking you questions. “If you get murdered, who you want us to notify?” At one point I was asked, “Who are you with?” My brain froze. I had never been asked that question. I had done all my time on the East Coast, and back then, there wasn’t a heavy gang culture on that side of the country. Standing there, I was “naked and confused,” not knowing what I was being asked. I could feel how my silence was irritating them. I understood that I needed to answer the question quickly before their irritation turned to violence. “Who I’m with?” I responded. “Farrakhan!”

We were taken to our block, put in cells and left there for two weeks. No recreation and no showers, food wasn’t even guaranteed. It reminded me of the old TV shows when they’d say, “Lock ’em up, and throw away the key.” For those two weeks, they didn’t open those doors once. Eventually they did. One at a time, in leg irons and waist shackles, we were allowed to take showers. The chains never came off.

I ended up doing my last three years there, 22 1/2 hour days, on lock down. The administration had mastered the art of separation to the degree that there were Brothers that I’d arrived with, who I knew were in the same prison, but I never saw again. I had no idea of just how many Believers were brought and housed there. I got an idea one day when I overheard a White convict ask one of the guards, why they no longer serve bacon with breakfast? “Cause ain’t enough people here to eat it, so we don’t order it no more,” said the guard. That let me know there were many more Believers there than I had expected. But Allah’s (God’s) Hand was on that as well. One day I received a letter from our ever faithful National Prison Reform Minister Abdullah Muhammad. It said: “I was contacted by Chaplin Rivett. … He said that there are more declarations of Belief in The Teachings of The Honorable Elijah Muhammad through Minister Farrakhan than ever before … .”

From that point on, not only was the Nation of Islam recognized in the U.S. Penitentiary in Marion, Ill., the country’s first super maximum security prison and originator of the infamous Control Unit, they started showing lectures of Min. Farrakhan once a week over the prison airwaves.

Allah (God) is Indeed, the Best of Planners.

(Part one of this testimony appeared in The Final Call newspaper V. 41, No. 18.)