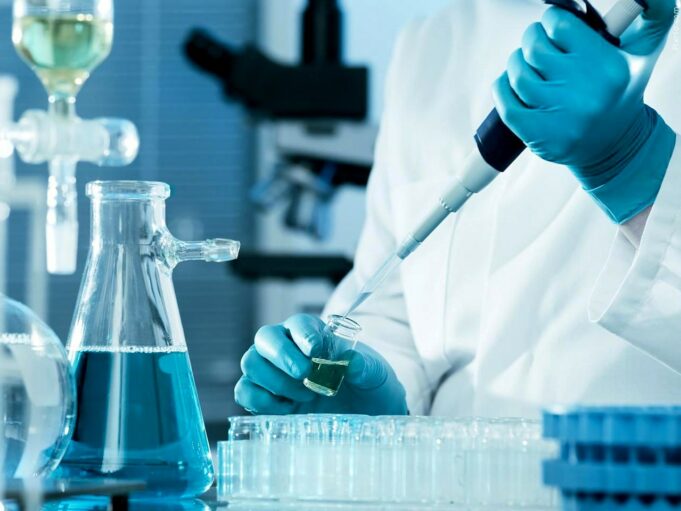 The Mind Behind The mRNA Vaccine and the DePopulation Agenda

“They’re making money now plotting to give seven billion five-hundred million people a vaccination. Dr. Anthony Fauci, Bill Gates and Melinda, you want to depopulate the Earth? What the hell gives you that right? Who are you to sit down with your billions and talk about who can live and who should die?”

The Minister went on to say in “The Criterion”: “I say to my brothers and sisters in Africa, if they come up with a vaccine be careful. Don’t let them vaccinate you with their history of treachery through vaccines, through medication. Are you listening? I say to the African presidents, do not take their medications.” Evidently the African presidents listened, while the White presidents of the Western World went all out to get their people to take these diabolical injections.

Bill and Melinda Gates and Dr. Anthony Fauci openly advocated for Black people in America to get the COVID-19 shots first and really pushed to inoculate all of Africa. However, as the virus wanes, Bill Gates recently conceded that although only 4% of Africans took these shots, they had a much lower death rate than vaccinated Americans and Europeans. The Africans possessed a natural immunity that protected them against COVID-19. Meanwhile, Dr. Fauci and his cohorts downplayed the efficacy of natural immunity to persuade even those who had survived the disease to still take the vaccines.

Since these shots have proven to be ineffective against stopping the spread of COVID-19 and we now know, based on Pfizer’s own data, that the U.S. government knew these vaccines were dangerous, we must ask the question, “What is in these shots and why are Whites in power so intent on sticking these shots in everybody?”

A look into the origins of the White race and their motives may shed some light on this conundrum. The approved narrative of the origin of the White race advances the claim that a group of dark-skinned people were trapped in Europe by the Ice Age 45,000 years ago. In the extremely harsh and cold environment, they became very aggressive and warlike. In addition to the change in their behavior, they supposedly lost the pigment in their skin.

However, modern DNA research conducted by separate teams of scientists traces the origin of White people to a much more recent time and pinpoints the cause of the “mutation” that resulted in a dark-skinned people losing their pigmentation. In his 2013 landmark lecture series, The Time and What Must Be Done (Part 39), the Honorable Minister Louis Farrakhan walked us through recent developments in western science:

1. In 2013 Australian geneticist Dr. Alan Cooper of the University of Adelaide analyzed the DNA of ancient skeletons and found that the genetic makeup of the modern European “was established around 4,500 B.C. in the mid-Neolithic—or 6,500 years ago …” Furthermore, “The genetics show that something around that point caused the genetic signature of previous populations to disappear. However, we don’t know what happened or why.”

2. Evolutionary biologist Dr. Jonathan Pritchard of the University of Chicago led a team that isolated the five genes responsible for skin color and concluded that these genes “started to be more common” in the Asian and European population 6,600 years ago.

3. Molecular biologist Dr. Keith Cheng, of Pennsylvania State University College of Medicine, led a study that, in his words, shows that Europeans “lightened up quite recently, perhaps only 6,000 to 12,000 years ago.” Dr. Cheng further stated:

4. Other researchers at Tel Aviv University in 2018 pinpoint the “abrupt” appearance of white-skinned people to exactly 6,500 years ago to an area close to the Island of Patmos in the Aegean Sea, near modern Turkey.

5. Finally, a 2014 study published by the National Academy of Sciences not only pinpoints the time of these mutations to a period of “6,500–4,000 years ago,” but also claims that “… the actual nature of the selection pressure remains unknown.”

The researchers concur on the date of the beginning of the mutations, but they could not figure out “why” a group of people choose to lighten their skin, since white skin did not increase the survivability of these originally darker people. In particular, independent research teams led by Dr. Bruce Ettinger, Dr. Marc C. Hochberg, and Dr. Khizar Abbas found that white-skinned people have weaker bones and are more susceptible to skin-cancer:

As noted in Part 1 of this article, we know that Bill Gates and World Economic Forum founder, Klaus Schwab, are proponents of “eugenics,” which is “the practice or advocacy of improving the human species by selectively mating people with specific desirable hereditary traits. It aims to reduce human suffering by ‘breeding out’ disease, disabilities and so-called undesirable characteristics from the human population.”

However, by definition “white skin” would not be a “desirable hereditary trait,” since that characteristic would make humans weaker than the Black people from which they were made. Therefore, there must be another reason for a group of people to undergo a selective breeding process to become White. This is where the Teachings of The Honorable Elijah Muhammad must be brought in to explain the “grafting” process 6,600 years ago that resulted in a new, made race of people on our planet.

The Most Honorable Elijah Muhammad, in “Message to the Black Man in America,” wrote that for a divine purpose, a Black scientist named Yakub (Jacob) had a predetermined idea to make a new race of people from the life germ of the Black Man using a grafting technique to produce a transgenic, or grafted human, who cannot abide together with the natural man.

“This new idea put him to work finding the necessary converts to begin grafting his new race of people. He began by teaching Islam, with promises of luxury to those who would believe and follow him. As Mr. Yakub continued to preach for converts, he told his people that he would make the others work for them. (This promise came to pass)”(Message To The Black Man, pp. 112, 113).

As White scientists only recently learned, the grafting process involving selective breeding 6,600 years ago, a process that took 600 years to transform the 59,999 Original Black people who followed him to the island of Patmos into a race of White people with a genetic inclination to enslave the darker people of our planet. Mr. Yakub also instilled the tactic of divide and conquer as the methodology that would enable the made race to overcome and control the original, darker people.

Furthermore, they have already calculated the killing of a large number of Whites as well. They hide the contents of the doses distributed to different racial groups. The vaccine manufacturers and the government agencies they control have sought to hide the safety record of these shots for the next 75 years.

“… coexistence between the transgenic or grafted seed and the organic or natural seed is impossible, because the transgenic or grafted seed will contaminate and eventually overcome the organic or natural seed. In other words, the grafted thing is disagreeable to live with in peace. There must be separation for one will absolutely destroy the other. Race relations will continue to get worse because the government cannot provide food, clothing, shelter and jobs for us anymore.

And as we sit around waiting for somebody else to do this for us, we are making our former slave masters and their children more angry with us, and they are becoming completely disagreeable to live with in peace. And that’s why we must be separated if we don’t want to continue to suffer great loss.”