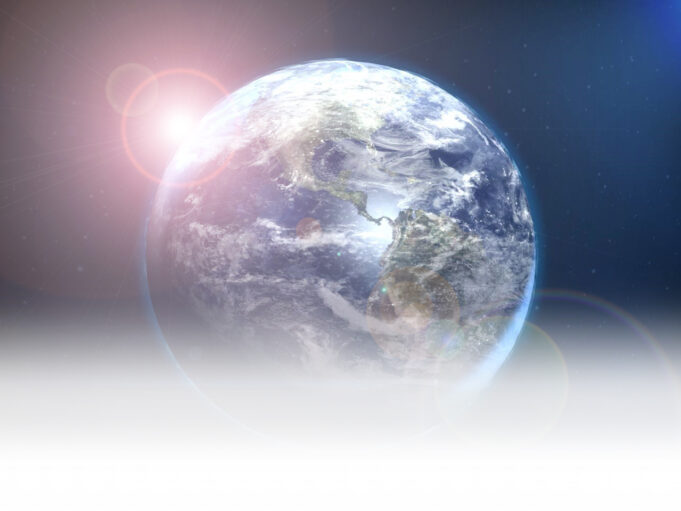 “They’re making money now plotting to give seven billion five-hundred million people a vaccination. Dr. Anthony Fauci, Bill Gates and Melinda, you want to depopulate the Earth? What the hell gives you that right? Who are you to sit down with your billions and talk about who can live and who should die?” –The Honorable Minister Louis Farrakhan, The Criterion

The coronavirus “spike protein” gets its name from the rod-shaped projections that stick out from the virus like a “corona,” meaning “crown.” The mRNA vaccine instructs the body to manufacture the “spike protein.” This vaccine-induced “spike protein” has now proven to be a major toxin causing adverse reactions and even death. Dr. Robert Malone, one of the developers of the mRNA technologies, states that the human body has no way of turning these synthetic mRNA messages off; nor is there a proven way of eliminating these spike proteins from the body. This caused Dr. Malone to raise a critical question: Why was this technology prematurely injected into the population?

Dr. Malone writes, in his May 25, 2020, article “Uncovering the Corona Narrative”: “One constant thread which runs through all of the mismanagement, all of the authoritarian policies, all of the totalitarian logic and messaging, has been the role of the World Economic Forum (WEF) and its acolytes. WEF is a key think tank and meeting place for global capitalism management, and arguably qualifies as the leading global Deep State organization.

Under the leadership of Professor Klaus Schwab, it has played an increasingly important role in coordinating the globalized hegemony of transnational capital and large corporations over Western democracies during the last three decades. Many of its members actively use Covid-19 as [a] cover to carry out a “Great Reset” as described in Schwab’s writings.

This Great Reset involves implementation of digital tracking and control of people, ushering in techno-feudalism, and the WEF objective of a fourth industrial revolution incorporating technologies collectively referred to as ‘transhumanism.’ Western governments and WEF have identified genetic mRNA vaccines as a first step toward an inevitable transhuman society which they seek to guide us towards.”

“Transhumanism, social and philosophical movement devoted to promoting the research and development of robust human-enhancement technologies. Such technologies would augment or increase human sensory reception, emotive ability, or cognitive capacity as well as radically improve human health and extend human life spans. Such modifications resulting from the addition of biological or physical technologies would be more or less permanent and integrated into the human body.”

To understand the behavior of pharmaceutical companies, hospitals, the media and the government officials in the United States over these last two years of this so-called COVID-19 “pandemic,” we must take a look at the motivations of the humans involved with shaping these activities. We know now that it was the government that funded the research for the development of these mRNA gene altering nanoparticles called “vaccines.” The government then purchased these drugs and tried to make Americans take these gene altering shots.

The U.S. and France even tried to force these shots on the people of Africa. We now have the data to show that for years the African people have been taking the Nobel Prize-winning medication Ivermectin to fight River Blindness and Hydroxychloroquine to fight malaria. Scientists are finally admitting that these drugs have helped Black people in Africa survive an 80% exposure rate to this coronavirus with a very low death rate from COVID-19 compared to highly vaccinated western countries.

But instead of promoting these safe, effective and inexpensive drugs to the masses, the FDA, CDC and the media continue to suppress them. They do whatever they can to keep the American people from taking these drugs, including persecuting medical professionals who prescribe them. Meanwhile, the government mandates these shots while acknowledging they have killed nearly 30,000 Americans and seriously injured another million.

So, the government knew full well that these shots were neither safe nor effective but pushed them into the arms of its citizens anyway. We have also learned that the FDA and CDC have tampered with data to support their campaign of trying to stick everybody in the arm with these drugs. Why? What is in these shots that the leaders of America want to put in everybody’s arm?

What exactly is DNA and what is its function? According to www.genome.gov:

“Deoxyribonucleic acid (DNA) is a molecule that contains the biological instructions that make each species unique. DNA, along with the instructions it contains, is passed from adult organisms to their offspring during reproduction … DNA contains the instructions needed for an organism to develop, survive and reproduce. To carry out these functions, DNA sequences must be converted into messages that can be used to produce proteins, which are the complex molecules that do most of the work in our bodies. Each DNA sequence that contains instructions to make a protein is known as a gene.”

So, DNA is critical. It sends “…messages that can be used to produce proteins,” but now companies like Moderna and Pfizer/BioNTech have developed an artificial “Messenger RNA” to sneak behind the human immune system and instruct our cells to produce COVID-19 “spike proteins” instead of our own God-created DNA giving such instructions. Let’s read how Moderna describes their new technology imitating mRNA, which they call “The ‘Software of Life’ ”:

“Recognizing the broad potential of mRNA science, we set out to create an mRNA technology platform that functions very much like an operating system on a computer…We need to get the mRNA into the targeted tissue and cells while evading the immune system. If the immune system is triggered, the resultant response may limit protein production and, thus, limit the therapeutic benefit of mRNA medicines. We also need ribosomes to think the mRNA was produced naturally, so they can accurately read the instructions to produce the right protein…Utilizing these instruction sets gives our investigational [experimental] mRNA medicines a software-like quality. We also have the ability to combine different mRNA sequences encoding for different proteins in a single mRNA investigational medicine.”

This “mRNA technology” in these so-called COVID-19 “vaccines” instructs our infected cells to produce the “spike proteins” which they proposed would alert your immune system to produce protection against future infestations of the spike protein. Theoretically, mRNA injected into the cells would only survive a few hours. However, Dr. Robert Malone published a May 28, 2022 article, “When is mRNA not really mRNA?”, where he emphatically declares that this synthetic mRNA “

can persist in lymph nodes for at least 60 days after injection. This is not natural, and this is not really mRNA. These molecules have genetic elements similar to those of natural mRNA, but they are clearly far more resistant to the enzymes which normally degrade natural mRNA, seem to be capable of producing high levels of protein for extended periods, and seem to evade normal immunologic mechanisms for eliminating cells which produce foreign proteins which are not normally observed in the body.”

Moderna’s website explains that not only can their injections program our cells to produce the “spike protein” but they “also have the ability to combine different mRNA sequences encoding for different proteins in a single mRNA” shot. The transhumanists have used the COVID-19 pandemic to scare the world into taking these gene altering shots that are just the beginning of continuous inoculations with different “messages” to manipulate and permanently change the DNA of humans.

It is widely known that Bill Gates and World Economic Forum founder Klaus Schwab are enthusiastic proponents of eugenics, the practice or advocacy of improving the human species by selectively mating people with specific desirable heredity traits. Its adherents claim to desire to reduce human suffering by “breeding out” disease, disabilities and “undesirable characteristics from the human population.

“Of all our studies history is the most attractive and best qualified to reward our research, as it develops the springs and motives of human actions and displays the consequences of circumstances which operates most powerfully on the destinies of human beings. The wise man is the one who has made a careful study of the past events of ancient and modern history. The knowledge of the future is judged by the knowledge of the past.”