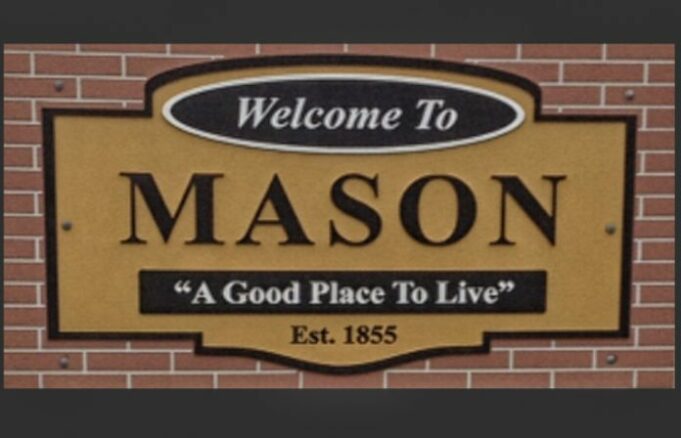 MEMPHIS, Tenn.—The state of Tennessee could scale back its financial oversight of a majority-Black town near the site of a planned Ford truck plant if it meets certain goals by this summer, a move that comes after the state takeover drew national attention, officials said.

Tennessee Comptroller Jason Mumpower previously said that his office was taking over the finances of Mason, about 40 miles northeast of Memphis. The state comptroller’s office said the town, which is not far from a planned Ford electric pickup factory, has experienced 20 years of financial mismanagement.

Mr. Mumpower is allowed under state law to direct Mason’s financial affairs, including the review and approval of all spending involving taxpayer or ratepayer money, his office said. The takeover came after Mason’s Board of Mayor and Aldermen refused to surrender its charter.

The town’s current leadership is mostly Black, but White leaders were in charge for many of the years that the state said Mason’s affairs were mismanaged. State officials have maintained that the problems continued even after the change in leadership roughly six years ago.

Mr. Mumpower met with Mason officials March 22. The day before, Mason had voted to use about $227,000 from American Rescue Plan funds to pay back part of the $597,905 the town owes its water and sewer funds, said John Dunn, spokesman for the comptroller’s office.

Auditors will verify that Mason has transferred the money, Mr. Dunn said. If the transfer takes place, “we have pledged to immediately restructure the town’s financial supervision plan,” he said in an email to The Associated Press.

Also, if Mason can produce a balanced budget for fiscal year 2022-23 and complete its audits by this summer, “the Comptroller’s Office can scale back its enhanced supervision over the town’s financial operations,” Mr. Dunn said.

The meeting came after some questioned the timing of the comptroller’s decision to assume control of finances by Mason, a rural town of about 1,330 people.

The town has seen investigations into misconduct and accounting irregularities, including one by the comptroller’s office cited in a report in 2016, when its leaders were mostly White. Several officials resigned. The town’s current mayor and vice mayor are Black, as are most of its aldermen.

The Tennessee Black Caucus of State Legislators met with Mason officials and Mumpower, a White Republican and former member of the state General Assembly. A statement from the caucus noted that the comptroller’s takeover of “the majority Black, majority Democratic town on the eve of a major development in the area triggered national news.”

“Mason leaders had questioned why if the town had been mismanaged by White city officials for more than 20 years, why was the proposed takeover happening now under African-American leadership and when the city is on the verge of a financial boon?” the caucus’ statement said.

In a previous statement, Mr. Mumpower said Mason had been mismanaged “regardless of who was leading the town.”

Mr. Dunn said March 22 that the criticism “played no role” in the negotiations to possibly scale back oversight.

Located in Tipton County, Mason is not far from the planned, $5.6 billion Ford factory in neighboring Haywood County. Officials say the plant, called Blue Oval City, will boost West Tennessee’s economy. Ford plans to employ about 5,600 workers at the plant, and construction of the factory will create thousands more jobs.

The plant is expected to bring both small and large businesses to the area, including hotels, restaurants, health care facilities and suppliers for the Ford factory, among others. Real estate values also could increase.

Vice-Mayor Virginia Rivers has opposed the takeover, saying the problems were present before the current predominantly Black town administration took over.

During a conference call late March 23, Vice-Mayor Rivers said Mason would be prevented from applying for grants and would have to get approval from the state to spend more than $100, which would strain the city and set the town up for failure.

“Once Ford showed up, that’s when Mason seemed to be so important,” Ms. Rivers said.

In a statement, Ford said it was aware of the situation. Although it has not been directly involved, Ford said it “reached out to state and local community leaders to express concern and learn more.”

“As we ramp up construction of Blue Oval City this year and move toward production in 2025, Ford is absolutely committed to being a good neighbor and providing inclusive and equitable opportunities for West Tennesseans, including the residents of Mason,” Ford’s statement said. (AP)