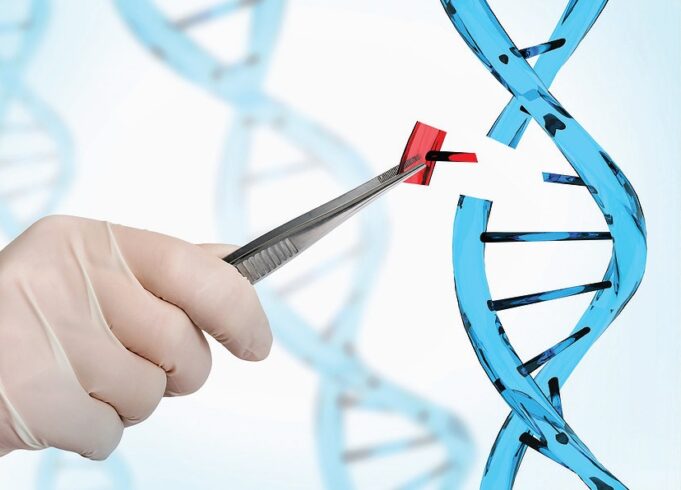 “We are in a world that is passing out of existence—and she is putting up a fight (war) to destroy the nation of righteousness. Be aware! To try to oppose the success of Allah’s Truth only hastens the doom of falsehood and its teachers. The archdeceivers force war against themselves. Their ultimate aim is to do as their people have always done—try to destroy the Preacher of Truth and those who believe and follow him.” –The Fall of America by The Honorable Elijah Muhammad

In last week’s article we noted that it was quite convenient to start a war in Ukraine in order to divert the world’s attention away from COVID-19. The “war” in Ukraine is being blamed for sky high food, gas and utility prices; the threat of a nuclear war with Russia has been reborn; meanwhile vaccine and mask mandates are disappearing along with hospitalizations and deaths attributed to the virus.

For two years we have been bombarded 24/7 with a fear-mongering media screaming at us about the lethal danger of this COVID-19 “pandemic.” We have been herded to testing stations and vaccination stations to be shot up with not one, not two, but an endless series of experimental gene altering inoculations masquerading as “vaccines,” which wane after a few months, requiring “boosters” to keep us “safe.”

But now the big insurance companies have measured a 40% increase in deaths in 2021 which can be attributed to these “vaccines.” Embalmers are pulling out large, strange blood clots from the veins of dead people. Dr. Ryan Cole is nearly certain (90%) that the blood clots were caused by the death shots. The FDA tried unsuccessfully to get court permission to hide the safety data on the Pfizer “vaccine” for 75 years.

The CDC has been caught hiding data on the real number of people dying from these experimental, gene-altering shots. A complaint of crimes against humanity was filed on December 6, 2021, at the International Criminal Court in the Hague for the human suffering caused by these draconian and unlawful government mandates and restrictions in response to this COVID-19 “pandemic.” The largest international criminal investigation in the history of the world is now targeting the perpetrators of these crimes against humanity.

Like a drowning victim left in the water for days, the truth is floating to the surface, bloated and ugly. So here comes a war in Ukraine to shift the people’s attention away from COVID-19, while the snakes try to slither back to their caves. However, this whole issue of bioweapons laboratories funded by the U.S. (like the one in Wuhan) has exploded in the face of the enemy precisely because of this “war.” A few days ago, former congresswoman Tulsi Gabbard posted a two-minute video in which she stated what she called “the undeniable facts.”

“There are 25 to 30 U.S.-funded bio labs in Ukraine. According to the U.S. government, these bio labs are conducting research on dangerous pathogens.”

She was strongly criticized by Senator Mitt Romney, then quickly vindicated by Tucker Carlson who quoted Victoria Nuland, the Under Secretary of State. Nuland was asked by Senator Marco Rubio whether Ukraine “has chemical or biological weapons.” She admitted that “Ukraine has biological research facilities which we are now quite concerned that Russian forces may be seeking to gain control of … We are working with the Ukrainians on how they can prevent any of those research materials from falling into the hands of Russian forces should they approach.”

So here is the question: Why is America funding research on bioweapons on the other side of the world? The excuse given by officials like Anthony Fauci is that enemies of America are producing bioweapons, so America must produce these same pathogens so she can make vaccines to protect her military and citizens against them. This is the same type of excuse the American military industrial complex used during the Cold War between America and Russia to persuade the U.S. Congress to fund research on the development and deployment of weapons of mass destruction: its purpose is to act as a deterrent. Deterrent against what? What if I told you that both America and Russia were using these scare tactics to get their people to pay for the development of weapons to fight Allah (God), not each other?

In order to understand what is happening, one must study scripture in the context of the Teachings of the Honorable Elijah Muhammad. We are at the end of Satan’s rule. His power to rule the world by God’s Permission ended in 1914. However, the withdrawal of that Permission did not mean he would just give up the power he has wielded for the past 2,000 years (he was made 6,000 years ago but spent 4,000 years coming up out of the caves of Europe and learning how to contain his murderous, bestial nature).

Since 1947, he has been permitted to study highly advanced aircraft belonging to the Original nation which we call “Baby Planes.” The U.S. government lied about their existence for decades. Finally, on June 25, 2021, government’s intelligence community released a report on 144 “mysterious flying objects that have been seen moving through restricted military airspace over the last several decades.”

By the time the Enemy openly admitted that these weapons, designed to take out his world, do exist, he had already begun developing weapons to fight in the “inner space” of humans, using nanotechnology. In the Nation of Islam, we know that Master Fard Muhammad, the Great Mahdi of the Muslims and Messiah of the Christians, designed and supervised the construction of our greatest weapon of war, the Mother Plane.

He revealed to His Student, the Honorable Elijah Muhammad, that over 6,000 years ago, a Black scientist, Dr. Yakub, used a grafting process to produce the Caucasian race. The rulers from among this made people think that they can outmaneuver the Original man on a cellular level. No, they cannot. Master Fard Muhammad has supreme knowledge of all things above and things below. He is indeed the One to Whom we pray for Guidance and Protection in this COVID-19 Bio-War.

It is now known that the so-called “spike protein” the new mRNA technologies force your body to produce when you are injected, is deadly. These same mRNA gene-altering platforms can issue multiple instructions per shot. Here is how Moderna describes their new medicine, Messenger RNA (mRNA) which they call “The ‘Software of Life’”:

“Recognizing the broad potential of mRNA science, we set out to create an mRNA technology platform that functions very much like an operating system on a computer…We need to get the mRNA into the targeted tissue and cells while evading the immune system…We also need ribosomes to think the mRNA was produced naturally, so they can accurately read the instructions to produce the right protein…Utilizing these instruction sets gives our investigational [experimental] mRNA medicines a software-like quality. We also have the ability to combine different mRNA sequences encoding for different proteins in a single mRNA investigational medicine.”

One of these “different mRNA sequences” may encode instructions into humans to further what is called “Transhumanism.” According to www.britannica.com:

“Transhumanism, social and philosophical movement devoted to promoting the research and development of robust human-enhancement technologies…Such modifications resulting from the addition of biological or physical technologies would be more or less permanent and integrated into the human body.”

We are dealing with a whole new technology, rooted in a desperate attempt to alter the genetic makeup of the Original man himself. Why are they so intent on doing this?

In our previous article, we introduced you to Klaus Schwab and his World Economic Forum (WEF). His influence on the development of a “New World Order” after the “Great Reset,” cannot be overemphasized. Xi Jinping of the Chinese Communist Party, Dr. Anthony Fauci, Bill Gates and Australian Prime Minister Scott Morrison recently attended a meeting of the World Economic Forum in Davos, Switzerland. Yuval Noah Harari, an advisor to Schwab, delivered a chilling message:

Dr. Yakub’s 6,000-year-old genetic mutation wants to replace Allah (God), The Creator, with its mind. As they leave the Earth, they are fighting to make the natural human being their slaves. They cannot accept the reality that Yakub’s promise to them will not be fulfilled.

As set forth in the title of the Honorable Elijah Muhammad’s book, “Our Saviour Has Arrived”: He, Master Fard Muhammad is the Master over Satan’s scientists in this Day of Judgement, in both “The Battle in the Sky” and “The Battle beneath our Skin.”