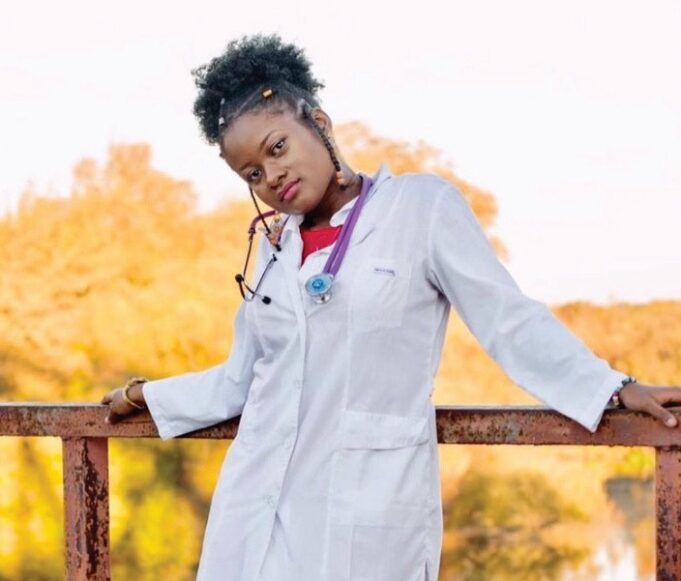 March is Women’s History Month and March 8 is recognized globally as International Women’s Day. But let’s be clear.

Every day and every month is ours. Our beginning in creation bears witness to the beginning of the universe. She (the woman) is God’s first act of creation as taught by the Honorable Minister Louis Farrakhan. Every day is women’s day.

I was surprised to learn of this annual celebration even though it dates as far back as 1975 and prior. According to the International Women’s Day website, beginning March 8 until April 8, we are to acknowledge women’s social, economic, cultural, and political achievements. Also, to celebrate women during the month, we are encouraged to bring light to her true role in society and highlight some of the challenges women have faced and continue to face.

In the past, Madame C.J. Walker—one of my greatest inspirations in entrepreneurship and Black hair care—struggled to pave the way to make a name for herself in business while bringing other Black women along with her. Today, now known as one of the wealthiest Black women in business and entertainment, Rihanna shares her “hopes to inspire Black women wanting to break the glass ceiling in business,” she said. The pattern in society has always centered around our fight to be recognized and respected in the workforce, leadership and in general.

My birth sister, Eva Ositelu of Lagos, Nigeria, 26, an upcoming young medical doctor in her city is proof of our struggle and rise. “Women should be celebrated daily and not only in March,” she said. It is very important to remind women that we are much more than the limitations society has tagged on us.

“On behalf of women, I push myself to the limits as a young thriving female doctor, mostly called a nurse because society has somehow blinded us to the fact that females can be much more than nurses; we can be doctors, managing directors, CEO’s etc.,” she pointed out.

Ms. Ositelu is a graduate of Kursk State Medical University in Russia. “We can be what we choose to be, and we must help pave the way for other women,” she said.

“Sista” Afrika Porter, a Chicago native is paving a way with her inspiration and mission to create Africa Enterprises Public Relations Firm, a company dedicated to highlighting Black people at our best various professions and arenas.

“Oftentimes, we look and we see a lot of what we don’t do well, be it through social media or the regular news,” she said. “I was in a space of ‘what can I do to contribute and leave a legacy that is great for us?’” she said.

This month, Ms. Porter is participating in a 15-minute walk in honor of Harriet Tubman’s 200th birth anniversary called, “A Global Walk for Harriet.” During this initiative women across the country are walking in their communities highlighting the hurt that women and girls go through and endure. Ms. Porter will be walking with Harriet Tubman’s great-great niece. “It’s so important as we look at International Women’s month to see the contributions of women,” she said.

Ms. Porter is mother of two sons and has one grandchild. She is a five-time Emmy Award winner and executive producer of the film “Chicago at the Crossroad.” She also hosts two syndicated radio shows, “Solutions ONLY” and “Turn Up Life, What’s In It For The Black People” with cohosts Aziza Lisa and Nyfesha Miller on WVON 1690-AM, the historic Black-owned radio station in the country owned by a Black woman, Melody Spann-Cooper.

Lyda Muhammad, another Chicago resident and beautiful sister, is a stay-at-home mother, wife and entrepreneur with two home-based businesses.

After homeschooling her 6-year-old daughter Sabirah, Ms. Muhammad makes bow ties and operates her Mahdi Cookie and Catering business. During the recent National of Islam Saviours’ Day weekend, she took the initiative to provide her services to Believers traveling from across the country.

“I decided to offer food (to sell) so they would have healthy, delicious food options that they could know and trust were prepared properly and with love,” she said. She also offered to deliver orders to those in need, now a common practice for those seeking extra convenience.

For nearly 15 years, she has known and understood first-hand the struggles of servicing customers and juggling multiple tasks.

“One of the biggest struggles in the past for me was believing in myself,” shared Ms. Muhammad.  “I had to overcome that and know that I had a gift and was something that I loved to do. Now, with a family I had to relearn time management. So the biggest struggle is self and I had to learn to get out of my own way.”

There are so many ways to highlight women and many examples of how to showcase it. I recently read a post quoting Mother Tynnetta Muhammad, wife of the Most Honorable Elijah Muhammad. She stated, “I want to show you that there is a connection to the universe and everywhere that you look in the universe there is she. The sun is she; the planets are she; the stars are she … But we have been treated inferior so we have to speak strong about our root in God, because if you do not see us as the woman of God then you will never make a people that will live into the future,” she said.

(Sister Space is devoted to amplifying the voices of women as well as telling their stories and highlighting their accomplishments. In an upcoming article, we will feature part two of this subject. Send inquiries to [email protected])