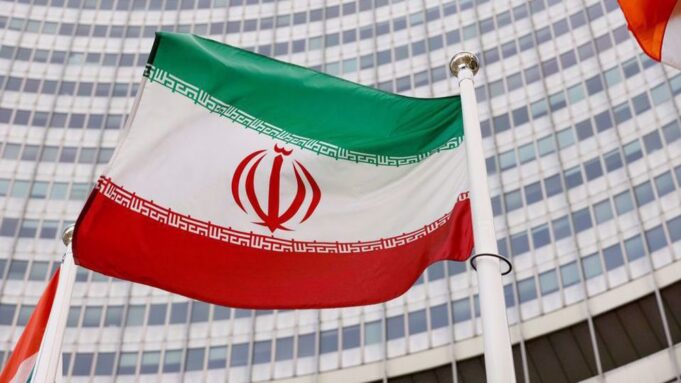 Iran’s acting ambassador to the International Atomic Energy Agency (IAEA) says a successful conclusion of the Vienna talks is possible if the United States and the other signatories to the 2015 Iran deal take the necessary political decisions.

Addressing the IAEA Board of Governors on March 7, Mohammad Reza Ghaebi said “good faith” and the immediate removal of anti-Iran sanctions were required of the other parties to revive the deal, which is officially called the Joint Comprehensive Plan of Action (JCPOA).

“A successful conclusion of the negotiations is not out of reach if the U.S. and other members of the JCPOA show good faith in the negotiations and make the necessary and the right political decisions to immediately lift the cruel and inhumane sanctions,” Mr. Ghaebi said.

The Vienna talks, which were launched 11 months ago, are reportedly in their “final stages,” as the participating countries intensify their efforts to narrow the remaining gaps. Iran’s lead negotiator Ali Bagheri-Kani was due back in Vienna on March 9 after briefly returning to Tehran for consultations.

Back in 2018, Washington left the JCPOA and launched what it called a campaign of “maximum pressure” against Iran despite verbal opposition from all other signatories. Effectively depriving Iran of the JCPOA’s benefits, the move prompted the Islamic Republic to reduce its nuclear commitments, in a reciprocal move envisaged under Articles 26 and 36 of the accord itself.

Mr. Ghaebi said the U.S. withdrawal and the three European parties’ inaction had left Iran no choice but to resort to the only available solution, namely invoking the Articles 26 and 36.

“The Islamic Republic of Iran has repeatedly announced that it will reverse its remedial measures if the other parties return to the full and verifiable implementation of their obligations within the framework of the JCPOA,” he said.

Even so, the Iranian envoy continued, the IAEA has had its routine access to Iran’s nuclear facilities under the safeguard’s agreement. “The [IAEA] director general’s reports are a clear indication of the unprecedented level of transparency in Iran’s nuclear program and activities,” he said.

The remarks come days after the IAEA and Iran agreed to accelerate and strengthen cooperation and dialog aimed at the resolution of the remaining issues between the two sides to help secure the revival of the nuclear deal.

In a statement to the IAEA Board of Governors on March 7, the European Union (EU) said it was committed to and supported the full and effective implementation of the JCPOA, calling on all countries to support the agreement’s implementation in line with UN Security Council Resolution 2231, which endorses the deal.

The statement, signed by several non-EU members as well, expressed support for the “intensive diplomatic efforts” in Vienna to revive the JCPOA by facilitating a U.S. return to the deal.

The EU also acknowledged the issues connected to the U.S. withdrawal from the JCPOA and said the removal of U.S. sanctions was an essential part of the agreement.

The so-called E3—France, Britain, and Germany—also issued a separate statement to the IAEA Board of Governors, warning about Iran’s nuclear measures without citing the U.S. withdrawal from the JCPOA as the cause.

“Iran’s R&D on, and extensive use of, advanced centrifuges have permanently improved its enrichment capabilities. This means that Iran’s continued escalations are irreversibly reducing the non-proliferation value of the JCPOA,” they said.

The three European parties to the JCPOA also said that the negotiating teams in the Austrian capital were “very close to finalizing a deal,” but said, “The window of opportunity is closing. We call on all sides to make the decisions necessary to close this deal now.”

Russia’s ambassador to the IAEA said the discussion of verification in Iran at the meeting of the IAEA Board of Governors had been routine.

In a tweet after the meeting, Mikhail Ulyanov wrote that “many, as always, focused on deviations of Iran from JCPOA” without referring to the U.S. maximum pressure policy as the reason behind those deviations.

Mr. Ulyanov also said that he had had a meeting with the Vienna talks’ coordinator, Enrique Mora of the EU, to discuss the “current developments and way ahead.” Mr. Mora said on March 7, that the time had come for political decisions to be taken to conclude the talks.

Throughout the talks, Tehran has sought the removal of all the U.S. sanctions that had been lifted under the deal but that were re-imposed after the U.S. unilaterally withdrew. The Islamic Republic also wants guarantees from Washington that it will not exit the agreement again.

Early on March 9, IRNA quoted an informed source as saying that the conclusion of the Vienna talks had been delayed due to the lack of a political decision and response from the United States.

The source said the negotiations had made significant progress over the past few weeks due to Iran’s initiatives and goodwill.

“The agreement between Iran and the IAEA to draw up a joint roadmap to resolve the remaining issues is proof of this claim,” said the source, adding, “On the other hand, the American team has delayed the process of reaching a good agreement by being slow in making political decisions.”

The informed source explained that the American team in Vienna was waiting to receive the necessary instructions on the remaining issues.

“Today, [reaching] an agreement in Vienna requires, more than anything else, a U.S. response to a proposal made in the negotiations,” the source added. (PressTV.ir)