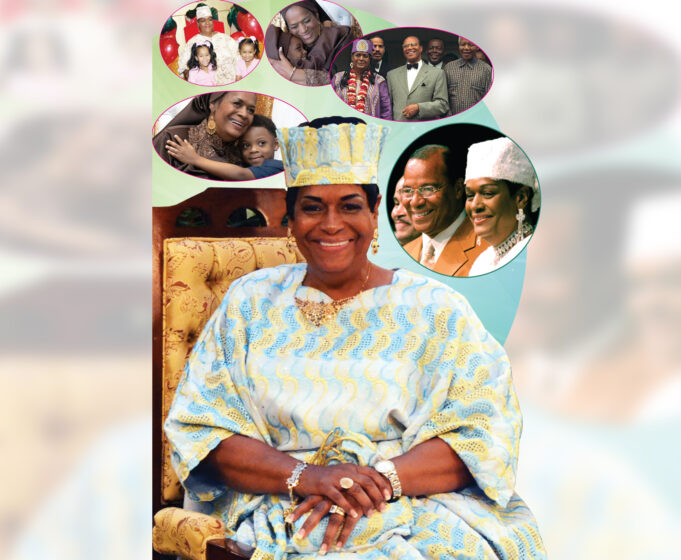 The Most Honorable Elijah Muhammad teaches that, “A Nation Can Rise No Higher Than It’s Woman,” and He teaches the immense value and importance of women. For decades Mother Khadijah Farrakhan, wife of the Honorable Minister Louis Farrakhan, has served as a dedicated, loving and committed helper in the cause of Allah (God). Her work as a humanitarian, fashion designer, world traveler, teacher and “mother of the faithful” is well-known in the Nation of Islam and to those who know, love, and admire her. Her demonstration of love, faith and duty continues to this day.

Min. Farrakhan often speaks on the support his childhood sweetheart and beloved wife of nearly 69 years has been to him, their family, and the mission of the Hon. Elijah Muhammad. Min. Farrakhan has stated about the critical role of his wife in his development: “Let me tell you something brothers, if you’re going to lead your really need a good woman by your side,

And I can tell you that I would not be who I am or what I am if God didn’t bless me with who she is and what she has done to compliment me and to help make me.”  Even before Mother Khadijah became a student in the class of the Hon. Elijah Muhammad, “she and I were like soulmates,” the Minister explained.

In a gesture and illustration of the impact and importance Mother Khadijah has had on humanity, she was presented with the O.T.I.S. (Omnipotent Testimony Ideal for Service) Award by Brother Marcus 2X Hill of Baltimore on behalf of Eagle Lodge No. 8.

Brother Marcus 2X is a member of the Nation of Islam and attends Mosque No. 6 in Baltimore. He is also a Mason and founder of three masonic lodges including Eagle Lodge No. 8.

He was inspired to honor Mother Khadijah for her service and dedication. The O.T.I.S Award is a community service recognition and is named after Otis Muhammad who was a Mason and a member of Mosque No. 6, for his tireless years of assisting members of the mosque, explained Bro. Marcus 2X.

He thanked Sister Maria Farrakhan and Sister Donna Farrakhan, daughters of Min. Farrakhan and Mother Khadijah, and Bro. Hannibal Muhammad of Phoenix for helping facilitate the presentation of the Community Service Award of Eagle Lodge No. 8, to the Nation of Islam’s first lady.

Bro. Marcus 2X explained he was inspired to recognize Mother Khadijah for her love of children which is demonstrated through her annual Children’s Village that usually takes place during Saviours’ Day, the annual Nation of Islam convention.

Mother Khadijah Farrakhan’s Children’s Village is always a popular attraction. It was created out of Mother Khadijah’s love for the Nation’s youth, from the tiniest Muslims in strollers to pre-teens and teens. It includes games, rides, entertainment, gifts and much more.

“What a Community Service you have been guided to provide Mother, by Allah’s Help and Permission, from the bouncy houses, games, bumper cars, face painting, etc. And now, from the platform that I’m blessed to have, it’s with Honor and Pleasure for me to present to you Mother, The O.T.I.S. (Omnipotent Testimony Ideal for Service) Award,” Bro. Marcus stated in a letter to the Nation of Islam First Lady.

“Once again, thank you, Mother, and may Allah continue to bless you and guide you forever! Our Mother of the Faithful! The example by Allah’s permission, to not just our women but to all women,” expressed Bro. Marcus 2X.—Final Call Staff