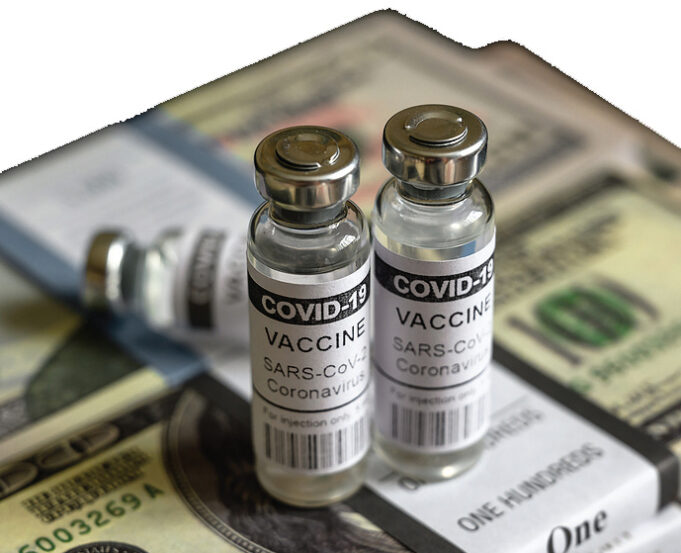 The head of Indianapolis-based insurance company, OneAmerica, said the death rate among Americans 18-64 has risen a stunning 40% from levels before the deployment of the so-called “COVID-19 vaccine.”

“We are seeing, right now, the highest death rates we have seen in the history of this business— not just at OneAmerica,” the company’s CEO Scott Davison said during a December 30, 2021, online news conference. OneAmerica is a $100 billion insurance company that has been headquartered in Indianapolis since 1877. The company has approximately 2,400 employees selling life insurance, including group life insurance to employers nationwide.

He further added, “For OneAmerica, we expect the costs of this are going to be well over $100 million…” paid out to policyholders in group life insurance and disability claims.

Other insurance companies have also been alarmed at the sudden increase in claims that will negatively affect their bottom line. According to Edward Dowd, former Portfolio Manager at Blackrock, insurance companies do not plan to be left “holding the bag.”

Blackrock, with a $69 billion net worth, manages more money than any other investment firm in the world, with more than $10 trillion in assets under management as of Dec. 31, 2021. While at Blackrock, Dowd grew the fund that he managed from $2 billion to $14 billion, and he predicted both the dot-com bubble burst in 2000 and the housing bubble burst in 2008.

Dowd believes the increased death rates can be directly attributed to the mRNA vaccines. He has sounded the alarm on Moderna and Pfizer as sinking ships that investors need to abandon. Signs of the exodus have already popped up since this extra death data was released by the insurance companies.

Moderna’s stock is down some 70 percent from its high of $484 on August 9, 2021, wiping out almost $140 billion in investment. Pfizer stock lost $20 billion in market capitalization on February 8, 2022, when their record earnings fell short of more optimistic expectations.

One of the pillars for the tremendous profitability of vaccine manufacturers during the “pandemic” is their protection from lawsuits arising from any harm their experimental jabs may produce. However, there is an EXCEPTION to that cloak of immunity and that comes into play if it can be shown that those companies were engaged in FRAUD. Dowd foresees an avalanche of lawsuits coming as the insurance industry continues to uncover the legions of mounting deaths coming from the complications of the mRNA vaccine. He said:

“The FDA is the trusted third-party verification of pharmaceutical products. 50% of their budget comes from Pharma…due to the institutional imperative that was in place at the time and the speed with which they tried to approve these unproven products with this unproven technology, fraud did occur, and what’s my proof of that? The FDA, together with Pfizer, were trying to hide the clinical data.

And it’s come out recently … that the all-cause mortality for the Pfizer product failed—that means there were more deaths in the vaccine group than the placebo group. Normally in such a case, you have NO drug approval for such drugs. It’s the gold standard. I’ve been told by all my people in the Biotech Industry they were horrified …”

Since there were more deaths in the vaxxed group than in the unvaxxed, Dowd believes there is a case for fraud, based upon the FDA covering for Pfizer by not releasing their data. He believes this is a knowing attempt to conceal the deaths.

“When one party enters into a contract…and fraud was occurring when they entered into that contract, and the other party did not know that – the contract is void and null. There’s no indemnity if this can be proven, and I think it will be.”

He notes that deaths skyrocketed after the vaccine rollout when they should have dropped: “People are dying and being maimed. This is a fraud that goes beyond the pale…We have the VAERS data. We have the DoD leak…And now we have the insurance company results and the funeral home results. We don’t need to think too hard about this…Deaths should have gone down after the vaccines rolled out. This is the most egregious fraud in the history of the nation—and it’s global … Pfizer’s involved, and they committed fraud.” Again, the insurance companies do not intend to be left “holding the bag.”

And the CDC has admitted it is withholding large portions of COVID-19 data, including vaccine boosters—from the public because it fears the information could be “misinterpreted.” Kristen Nordlund, a CDC spokeswoman, said the reason for the slow release of data is “because basically, at the end of the day, it’s not yet ready for prime time.” She added that the CDC’s “priority when gathering any data is to ensure that it’s accurate and actionable.”

So, the CDC wants the data it releases to be “actionable”, meaning “able to be done or acted upon.” The CDC is releasing data that will make us act the way that they want us to act, and that is take the shots and feed Big Pharma’s coffers at the risk of your life. This is fraudulent behavior by a government agency acting on a hidden agenda of population reduction.

Minister Farrakhan warned us July 4, 2020, in “The Criterion” that the proposed “vaccines” were going to be deadly. Now history bears witness to the Truth of his warning. These so-called “vaccines” are not effective nor are they safe. So why has the government of America and the governments of the world participated in this fraud? Mr. Dowd has an idea why.

Emergence of global totalitarianism is not purely about power and profit. Instead, Dowd feels it is to control the masses when they realize the economy is collapsing—the ramifications of which may be the loss of pensions and social security income. According to the 2021 annual report of the Social Security Board of Trustees, by 2034 Social Security system will only be able to pay out about 78 percent of the benefits to which retired and disabled workers are entitled.

At that time there will be a lot of “useless eaters” around draining the system. So, either increase Social Security taxes or reduce the number of recipients. However, as the government stealthily reduces the number of recipients of Social Security through increasing the death rate, it increases the burden on the insurance companies to pay out claims to the sick or to the families of the dead.

This tug of war brewing between the behemoths will only intensify: Big Pharma, Big Government and Big Insurance companies are already casting shade on each other. We will continue to uncover the truth and wickedness of their plans and activities which will add fuel to the fury of their struggle with each other. As none of them want to be left “holding the bag,” but all of them will be held accountable by Allah (God).

“And if Satan cast out Satan, he is divided against himself; how then shall his kingdom stand?”—Matthew 12:26