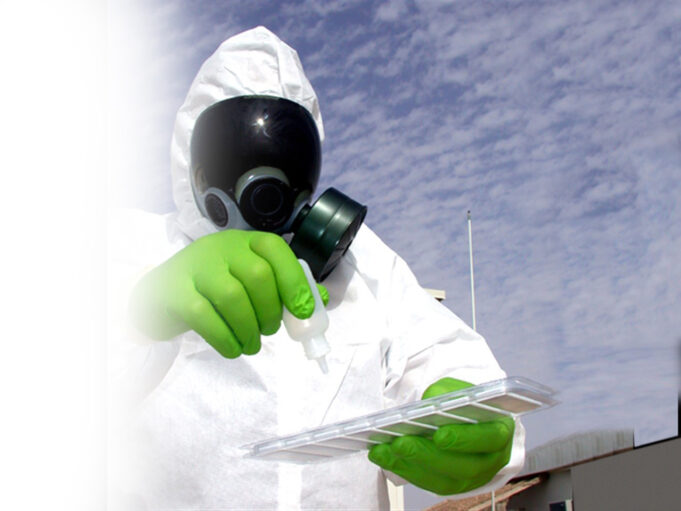 “These gene therapy vaccines are completely immoral and unethical. The reason why is that a vaccine has the potential to alter your immune system in ways we don’t understand. And for a length of time that we don’t know. So why would you want to do that? Once you alter the way your immune system works you are done.” –Dr. Christina Parks

Africa tends to be very young, and young people are not as susceptible; RNA viruses don’t do well in the Sun. They are degraded. So, they probably have lower viral loads. I wouldn’t be surprised if you look up and they’re spraying stuff in the sky. Eighty percent of deer had antibodies to it. Most of us not are going out kissing deer. So how did the deer get it?

This is some sort of concerted effort to affect the First World predominantly, because that’s where the power structure is. Now, I don’t know who’s doing it and why. But that’s pretty clear. But there are also some things that people may not think about. We have been systemically attacked in regards to our health with the continued vaccinations.

I’m just thrilled to see Dr. Ladapo address these issues and talks about Vitamin D, because there’s a paper out that shows if you are Vitamin D sufficient, your chances of getting this are almost null. As we know, African Americans in areas that don’t have a lot of sun aren’t really converting enough Vitamin D, generally speaking. And so, there are ways to supplement that. But that has not even been even mentioned.

We’re two years into this, and no one’s talking about Vitamin D. Vitamin D is a hormone. And it’s almost like a miracle hormone. I’ve been following it for about 20 years. And it’s really key in your antiviral defenses. We know that. We have all the data showing how important it is, and yet it hasn’t been addressed. So, I’m so grateful that in Florida, you can go out, you can sunbathe, you can get the Vitamin D you need, and they’re also talking about supplementation.

And because, as you said, one, reduce your fear, go outside, be healthy, all of those things are going to build immunity. And I have to think that there are things that are happening in some states that aren’t in others. Are they spraying it in some states, but they’re not in others, depending on what the political system is? And I know this seems like conspiracy theory, but there’s just so much evidence that something is going on.

The Right To Informed Consent

It’s always important to have informed consent, and we’ve shut down that conversation, so it’s really hard to have it. But there are vaccines out there that are not gene based and aren’t gene therapy. These gene therapy vaccines are completely immoral and unethical. I believe that bolstering your natural immunity is always the safer way to go. And then, even medications such as ivermectin, hydroxychloroquine, even monoclonal antibodies, all of those are safer than a vaccine.

And the reason why is that a vaccine has the potential to alter your immune system in ways we don’t understand. And for a length of time that we don’t know. So, why would you want to do that? Whereas those other things may have transient effects. Maybe there’s some negative effects, but it’s usually very transient. Once you alter the way your immune system works, you’re done.

The Issue of Self-Determination

We’re really being forced to make a choice. And unfortunately, it’s putting all of us, including me in a very uncomfortable position, in terms of moving forward, will we choose self-determination, whether it’s White, Black, green, or yellow? Or, or will we capitulate to the Deep State because of the intense, intense pressure, and I’m not here to minimize that pressure, or to judge those who capitulate, who may have had their job, or their family, or whatever their circumstance is, because this is a war, and there are going to be casualties. And so that is, unfortunately, where the rubber meets the road, this issue of self-determination.

Whether it’s with my Vaccine Injury Coalition, or even whether my voice is allowed to be heard. Rizza, who spoke at the event, has already been censored by some groups, and then me by association, and so I come with a choice. Do I stand with those who are for self-determination, who, regardless of whether I really agree with every belief, but who are clearly uplifting the Black community, and clearly building something, a structure that Black people can depend on? Or do I capitulate to the Deep State?

I mean, it’s a pretty easy answer, but not necessarily easy to do, to step forward and face that opposition. And so that’s where this also becomes a spiritual battle, because having the spiritual strength not to negotiate with terrorists, who I believe anyone who is telling you what you have to do, and they’re the determinant. I talked with someone who basically said, it is this way, what the Nation of Islam believes is hateful, because I say it is. It’s not a difference in understanding. It’s not a difference in viewpoint.

It’s hateful, because I say it is. So for this person to believe that they were the determinant of truth, and they have the right to impose that on the rest of us, that’s not acceptable to me. And again, we’re supposed to be in a country where we have freedom of speech, freedom of ideas, freedom to hash this out and say, I respectfully disagree both ways, and not to have one person be the arbiter of truth that they impose on the rest of us. And then you’re cancelled if you don’t sign on to that.

Truth Based In Science Must Be Told in Plain Language

I think that’s my heart and why I stepped up—I’m actually a teacher—to be able to communicate on a level that the lay person can understand. And during the hearing, I did that. Dr. David Wiseman was talking about the untranslated regions, and some other aspects of the technology, and no one had a clue what he was saying. And so, to bring that into layman’s terms, even if it’s a little bit of an oversimplification, so that the common person can understand what is the core concern here?

Because he clearly was very passionate about these concerns, but no one had any idea of what it meant in the real world. So, to be able to say that in layman’s terms and explain this technology, that’s what I’m trying to do. You can make your own decision. I’m here to tell you what the science actually says. This is our current model, whether it’s the science behind the mechanisms of hydroxychloroquine or ivermectin.

That’s been my goal, to get that information out to the layperson, so that they can understand and know what’s real, and what’s not. What’s based on science and what’s just rhetoric. And it’s the same with the masks. I’m not here to judge somebody’s decision one way or another, but to provide you the information that I know.

Thank you for listening, because I think that disseminating true information is so important. And that’s what we have to do. And we can have discussions, and we can even disagree, but we can do it respectfully. And we can have different reasons why we make different choices, but I think that having respectful conversations where we address this, that’s what was supposed to happen from the beginning, and hasn’t happened in the mainstream media. So, I applaud the Nation of Islam for bringing in this information, and having that respectful conversation.