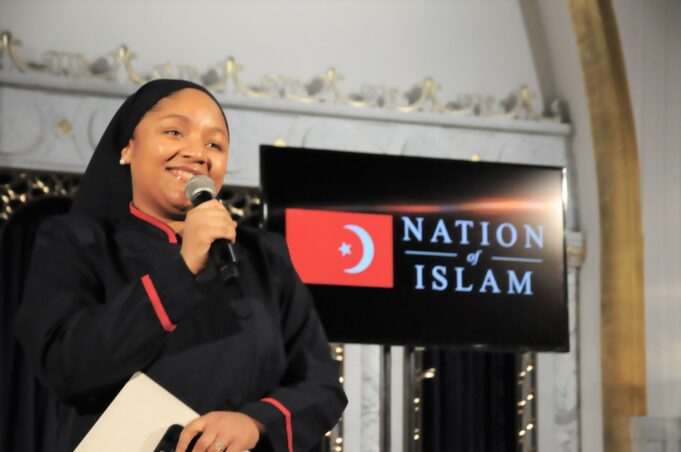 Saviours’ Day is a representation of the love affair between the Messiah of the Christians and the Mahdi of the Muslims. Master Fard Muhammad, the great teacher of the Hon. Elijah Muhammad and the Black man and woman of America, this mighty one came to seek and to save. A celebratory mood swept across the country leading up to the Saviours’ Day weekend, which was held Feb. 27 in Chicago and included “The Swan Song,” a major address by the Honorable Minister Louis Farrakhan.

Saviours’ Day 2022 observances kicked off Feb. 16 with a webathon featuring live music, interactive trivia on the Nation of Islam at the headquarters Mosque Maryam, in Chicago, and the lively spirits of Believers from near and far who tuned in via webcast.

The Nation of Islam’s annual toy and gift giveaway at the flagship mosque encapsulated high-spirited, Saviours’ Day energy. Colorful gift bags adorned the tables of mosques and study groups, as Believers, guests, and children participated in gift exchanges all over the United States and abroad. It is because of Allah’s (God’s) coming that the totality of Black people can rejoice in thanksgiving and gratitude!