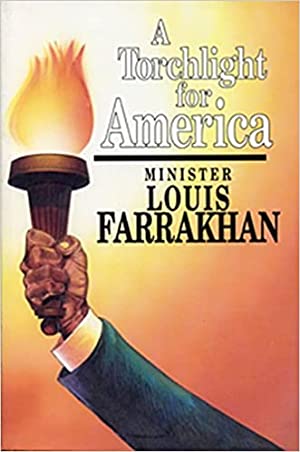 Minister Farrakhan laid out in painstaking detail the vital signs of America, the consequences of hiding the truth, greed and leadership’s state of mind; how to fix the public school system, rebuild the economy, develop America’s moral backbone, ending the healthcare crisis and, finally, a vision for America. I contend that America is unraveling today because she rejected “A Torchlight for America.”

At Saviours’ Day 2020, the Minister addressed the unraveling of a great nation. Consider these words from his speech: “The enemy is upset with the fact that the Nation of Islam is here, and we continue to make progress in spite of the opposition. So, we are living in the time of the unraveling of this great nation. Now this subject matter has a double meaning because we’re a great nation too. …What nation do you know that forbids evil and indecency and enjoins good and has not won through violence and the murder of anyone? What nation? You’re looking at it. This is the best nation. So, while I’m talking about America is unraveling, I want you to focus on our nation because the enemy wants to unravel what you see here today that it won’t be here.”

These lines from his 2020 address reminded me of his response to Brother Jabril Muhammad’s questions in “Closing the Gap” regarding “A Torchlight for America” wherein he said: “If one would study, ‘A Torchlight for America’ although I wrote it for America highlighting the diseases of a great nation, subliminally I wrote it for the Nation of Islam and the diseases that could, would and have affected us as a people. Sometimes when we see America, we say, ‘Oh that’s for them.’ We miss the point. It was written with a double meaning; for America and for us.”

“Double meaning”—Taking both quotes in context, what should we be doing in this hour of unraveling? Let’s connect the dots. A Torchlight for the Nation of Islam: We must monitor our individual and collective vital signs for dangerous trends. Shine the torchlight of love on our vital signs needing improvement. Couple generosity with leadership’s state of mind as the only proper servant leadership model for Allah’s Kingdom.

Support the growth, expansion, and distribution of the Muhammad University of Islam educational system on a platform designed to positively impact global public and homeschool standards. Economically, make “doing for self” more than a cliché but a divinely ordained pillar for our individual and collective survival. Without question, The Restrictive Law of Islam develops and maintains our moral backbone and ensures our success. The health care crises of the uncle and aunt of Mr. W.D. Fard are mitigated when “How to Eat to Live” is made the foundational stone of our preventive medicine regime.

Lastly, A vision for our Nation is found in every utterance and written word from the Most Honorable Elijah Muhammad and the Honorable Minister Louis Farrakhan. Their mouths and pens were not made to speak or write idle words. America is unraveling because she rejected guidance from the modern-day Moses and Aaron. “A Torchlight for America” and “Unraveling of a Great Nation” have double meaning relating to our budding nation. Our obedience and righteousness will sustain us. Please pull “A Torchlight for America” down from your bookshelf and reread it. America may unravel but Allah’s Nation shall never fall again.

Dr. Abdul Haleem Muhammad is Southwest Regional Minister of the Nation of Islam and Student Minister of Mosque No. 45 in Houston.