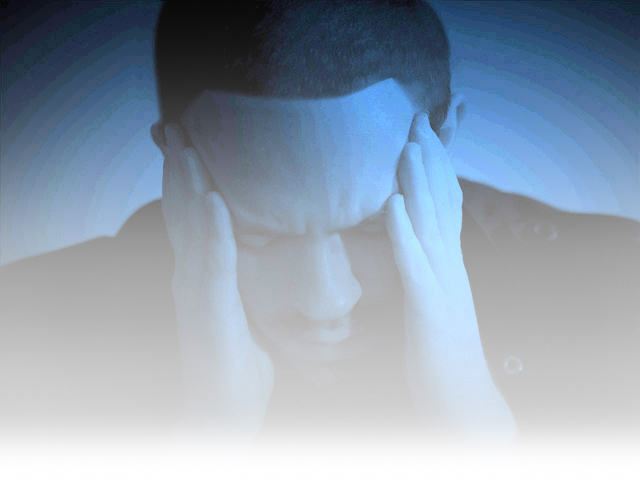 Nowhere in the annals of time has the health of the people taken so drastic a nosedive as it has under the COVID-19 “pandemic” policies forced on America by a corrupt gang of pharmaceutical felons and their government imps. In this veritable coup d’état, a group of unelected, unregulated but powerful depopulation fanatics brought America to its knees, imposing dictatorial control over the populace, and obliterating the U.S. Constitution, press conference by press conference.

They ordered lockdowns that destroyed tens of thousands of businesses, threw millions out of work, disrupted the global economy, closed schools, and forced millions into poverty. Let’s take a deeper look at some of the actual reasons for so much devastation.

Cause of Death: Hospitals

The health of Americans suffered the most in this satanic holocaust disguised as public health, and “COVID-19” may not even be the worst of the afflictions. Doctors are now openly admitting that the alleged 890,000 deaths attributed to “COVID-19” have been wildly exaggerated using devious accounting methods designed to boost the fear and panic necessary to drive us all to the needle. And many of those who did die did so needlessly.

When Americans sought early treatment at the onset of symptoms, they were routinely denied access to effective remedies proven to moderate the severity of the disease if caught in its early stages. Safe, inexpensive, and available drugs like ivermectin and hydroxychloroquine (about $2 per pill) had successfully beaten back “COVID-19” in many places on earth. But Anthony Fauci and the drug demons he represents saw no profit for themselves in this early treatment regimen. They incentivized hospitals to send the early symptom-sufferers home untreated until they were ambulance-ready.

Then, as their lungs become inflamed with disease, they are isolated in hospitals like lepers and put on Remdesivir, a highly toxic drug that failed against Ebola and is also failing against “COVID-19.” But its $3,000 per treatment price tag makes it a resounding success for the drug industry!

So deadly is Remdesivir that some hospital nurses dubbed it “Run-death-is-near.” When that poison inevitably fails, hospital staff paralyze and attach their victim to a mechanical breathing device that weakens the body but allows them to bill a cool $39,000. Burial costs vary from state to state.

Dr. Deborah Birx, who used to stand with Fauci at White House press conferences, later said that beyond the 100,000 deaths of the first “COVID-19” surge, “All of the rest of them, in my mind, could have been mitigated or decreased substantially.” That would mean as many as 790,000 deaths can be attributed to Fauci’s disastrous “pandemic” policies—not to COVID-19.

Dr. Robert Malone, the actual inventor of the mRNA vaccine technology concurs. He wrote: “[T]here are over half a million deaths in the United States for this virus, completely unnecessary because the federal government has very actively blocked the ability of physicians to provide lifesaving medications early in the infection.”

Cause of Death: Lockdowns

But Fauci’s drug thugs were not satisfied to simply kill off large numbers of Americans. Those left alive would continue to suffer in myriad ways. Their draconian “lockdowns” are now shown to be utterly unscientific, having absolutely no effect on the “pandemic.” A recent Johns Hopkins University study of lockdown policies concluded harshly that “we find little to no evidence that mandated lockdowns in Europe and the United States had a noticeable effect on COVID-19 mortality rates…. In consequence, lockdown policies are ill-founded and should be rejected as a pandemic policy instrument.”

Too little too late. Not only were they useless for their stated purpose, the “lockdown” policies are responsible for dramatic increases in alcoholism, suicides, mental illness, domestic violence, and surging drug overdoses. Under the new Pharma regime, there have been an estimated 50,000 extra cancer deaths over the past 18 months—deaths that normally would not have occurred. Delayed diagnosis and inability to receive proper treatment because of COVID restrictions are thought to be the primary reasons for this.

Lockdowns and indoor isolation have limited access to the very thing that is known to kill the disease—sunlight! Deaths, it has been shown, occurred most often in Vitamin D-deficient patients, and Sunlight is the greatest generator of Vitamin D in the body. Fauci, instead, prescribed darkness.

Outdoor activity was strictly prohibited—parks and beaches were closed, basketball hoops and tennis nets were removed, and playgrounds were wrapped in crime scene tape in cities and towns all over America. The physical and psychological damage to children is actually incalculable, as they have spent their early developmental years wearing masks and separated from each other, trapped in their homes, staring at computer screens.

From May 2020 to April 2021, the U.S. recorded 100,306 drug overdose deaths, a 29% increase from the previous 12-month period, according to CDC data.
Domestic violence incidents increased 8.1% in the U.S. after lockdown orders were issued.

Increase In Number One Co-Morbidity: Obesity

78 percent of Americans hospitalized for COVID-19 were overweight or obese. Robert F Kennedy, Jr., reports in his book The Real Anthony Fauci that Fauci’s lockdowns caused Americans to gain an average of two pounds per month and to reduce their daily steps by 27 percent. Kennedy continues:

“He never took time during his daily White House briefings from March to May 2020 to instruct Americans to avoid tobacco (smoking and e-cigarettes/vaping double death rates from COVID); to get plenty of sunlight and to maintain adequate vitamin D levels (‘Nearly 60 percent of patients with COVID-19 were vitamin D deficient upon hospitalization, with men in the advanced stages of COVID-19 pneumonia showing the greatest deficit’);

Or to diet, exercise, and lose weight. Quite the contrary, he didn’t recommend avoiding sugar and soft drinks, processed foods, and chemical residues, all of which amplify inflammation, compromise immune response, and disrupt the gut biome which governs the immune system.”

Cause Of Death: Media-Induced Anxiety And Depression

The media’s unrelenting 24-7 panic preaching led to a 14 percent increase in alcohol consumption. It is found that women had a 41 percent increase in heavy drinking days since onset of the “pandemic,” as they try to balance home, work, and caregiving responsibilities. The shuttering of schools and daycare centers meant that the need for childcare reached crisis levels.

Children seeing their parents drinking, because of the time “locked down” in the home, one study points out, “can play a major role in the intergenerational transmission of excessive alcohol consumption.” If the woman is pregnant or intends to be, lockdown drinking increased the risk of fetal damage, including neurodevelopmental deficiencies, learning disabilities, and behavioral and other mental health problems.

• Suicides and suicidal ideation have escalated among Black, Hispanic, and Native American men, though it decreased slightly for the population as a whole.

• A stunning report finds that deaths among people aged 18 to 49 increased more than 40 percent in the 12 months ending October 2021 compared to the same period in 2018–2019, based on death certificate data from the Centers for Disease Control and Prevention (CDC). That’s more than 90,000 additional deaths in this age group, of which less than 43 percent involved COVID.

Cause Of Death: COVID-19 Vaccines

We are told that all the sickness, death and devastation caused by these policies is justified for a disease that has a far better than 99.986 percent survival rate. Even after unleashing this massive crime wave against the public health, they continue to ruthlessly promote a “vaccine” that is an absolute failure.

The long-touted snake oil has no apparent value at all. It DOES NOT prevent infection; it DOES NOT prevent transmission; and, according to the CDC, it has prevented almost 23,000 Americans from reaching their next birthday, along with tens of thousands who now have irreversible ailments because of these poisonous vaccine policies.

Thanks to his warning we still have life and we will fight like hell to keep it.