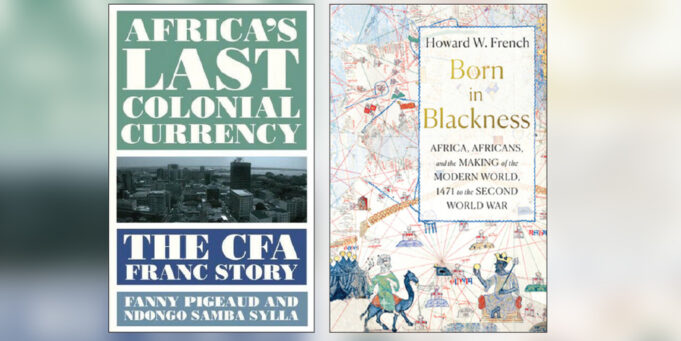 In recent years, France has received an ever-growing barrage of negative news reports concerning its neocolonial ties to Africa. From 2018, when the French ambassador to the U.S. slammed “Daily Show” host Trevor Noah for saying Africa deserved credit for France’s World Cup soccer team victory due to the large number of Black players on the team; to the refusal to return thousands of stolen African historical and cultural artifacts and being the hidden hand behind many of Africa’s military coups, the influence and imprint of French colonialism persists.

This influence also includes the creation and ongoing “French control of the currencies of its Central and West African former colonies,” according to economist Dr. Ndongo Sylla, co-author of “Africa’s Last Colonial Currency: The CFA Franc Story.”

In fact, it was the Charles De Gaulle administration that crafted the CFA franc monetary system. CFA is the French acronym for “French colonies of Africa.” This neocolonial arrangement gave the 14 newly independent French African colonies a stable and robust currency, but it also legally obligated them to put 50 percent of their foreign currency reserves into the French Treasury.

In a recent article, “France’s Troubles in West  Africa Go Well Beyond a Failed Counter-Insurgency,” writer Howard French, author of the recently published, “Born in Blackness: Africa, Africans and the Making of the Modern World, 1471 to the 2nd World War,” claims, “France’s crisis, and the crisis of all of its client states in Africa, is nothing less than a crisis of stalled decolonization.”

He explains, “Paris both wants to let go of the region and doesn’t want to leave, and most of its former African colonies are stuck in the same paralyzing ambivalence, loudly insisting on their sovereignty when it suits them, while calling on France to help address their most intractable problems and blaming Paris when it doesn’t do so.”

The Muslim book of faith, the Qur’an, says it best. Its measurement of faith reads: “Some of its verses are decisive—they are the basis of the book— and others are allegorical.”

France historically has done everything in its power to maintain its CFA cash-cow, anything less is peripheral or wishful thinking, and frankly removes it from its global power status. France measures its survival on what undergirds its economy, not on “crises of stalled decolonization” or “paralyzing ambivalence.”

Sylla argues there has been little change when it comes to French control of the currencies of its Central and West African former colonies. “I think this colonial relationship still continues,” said Dr. Sylla, a development economist and research and program manager at the West Africa office of the Rosa Luxemburg Foundation.

In his book, co-authored with Fanny Pigeaud, they lay out a decisive and comprehensive case against the CFA franc—the French-dominated currency union that presently constrains the social, political, and economic prospects of its African member states.

Recently translated from French into English, Sylla’s book lays out that, “It is in Paris that all the major decisions concerning the CFA franc are taken. The central actor of this system is the French Treasury, which answers to the French Ministry of the Economy and Finance and de facto has the power to determine the external value of the CFA franc.”

According to the Caspian Report, it gets worse. “French multinational firms retain exclusive rights to purchase or reject any natural resources extracted from the soil of the former French colonies: crude oil, natural gas, uranium, diamonds, gold, iron, etc.”

The report continues, “So only with the approval of Paris can the African nations seek their resources at international markets and French companies reserve the right to buy goods cheap, since the Africans cannot (devalue) their currencies.”

Among world powers, like the U.S., Paris was far from alone in terms of colluding with dictatorial allies, but its relationships were particularly close and unquestioning.

During the early post-independence decades, the BBC reported that France “maintained a dense web of personal connections with African leaders and elites (which is still in affect)—dubbed “francafrique”— which too often slid into a mutual protection of vested interests, with little regard for human rights or transparency.

Any leader, reported Caspian, with plans of leaving the Franc monetary zone had to deal with political, financial and military pressure. For instance, in Jan 1963, President Sylvanus Olympio of Togo was assassinated three days before issuing a new currency. Other elders, including David Dacko, Thomas Sankara, Maurice Yameogo, Hubert Maga, Modibo Keita, were assassinated or overthrown in coups because of their quest for monetary independence.