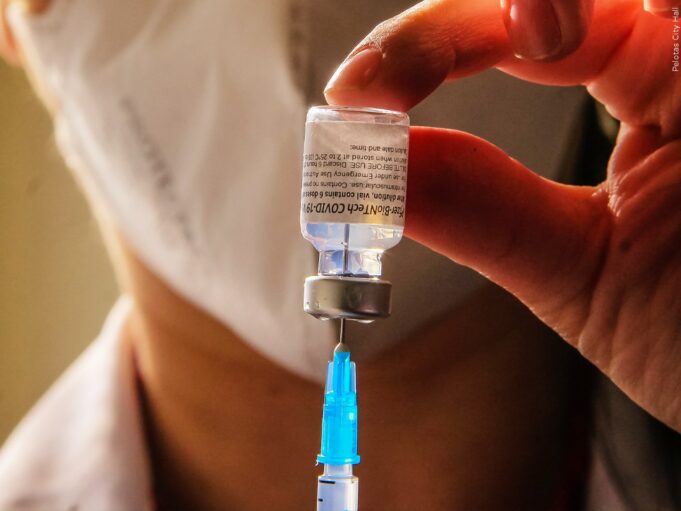 Hospitals refusing to perform autopsies on victims of death shots

“… The reason they hate me, because they know I represent the end of their civilization. I represent the uncovering of their wickedness, fulfilling the Judgement that God has come to bring down on America and the world.” —The Honorable Minister Louis Farrakhan “The Criterion” July 4, 2020

The United States Government’s own data tracking system admits that at least 22,000 people in this country alone have been killed as a direct result of COVID-19 vaccines in just one year. Over 1,000,000 have suffered a wide range of adverse effects from heart attacks to permanent disability that have sent them to the hospital, urgent care and the doctor’s office. As criminal actions begin, autopsies on the victims can quickly establish beyond a reasonable doubt that these mRNA injections cause a person’s own immune system to kill them.

What are Big Pharma and the Government hiding about the contents and intent of these so-called “vaccines.”? In a previous Final Call Newspaper article, we posed the question: why would the FDA try to hide for 75 years the safety report on the new Pfizer “vaccine” (Comirnaty) they approved in August of 2021? It is bad enough that the contents of these so-called “vaccines” have been hidden from the public due to “patent protection.”

It’s bad enough that government decided to provide blanket legal protection of these companies, so that they would not have to pay any damages for the harm their products would inflict on a trusting American population. But on top of this, it was the American taxpayers’ money that financed the “warp speed” development of these experimental products and it was the American taxpayers’ money that paid billions of dollars for these shots, which were then administered “free”, the same way a drug dealer would hook up new “clients” by giving them a “free” taste or snort.

We are talking big bucks here. Moderna and Pfizer collectively received $11 billion from the government to produce the shots, followed by another $11 billion for the millions of doses of these shots. The companies did not have to market or pay for distribution. What a winning hand. Now with over 22,000 dead bodies in the wake of the roll out of these kill shots, it is time for some real criminal investigations.

Behind the scenes a number of litigations have been filed in different venues including the International Criminal Court in the Hague, which received a complaint on December 6, 2021 against major perpetrators, including: The Prime Minister for the United Kingdom, Director General of the WHO, Co-chairs of the Bill and Melinda Gates Foundation, Chief Executive Officers for Pfizer, Moderna, AstraZeneca, Johnson and Johnson, President of the Rockefeller Foundation, Director of NIAID, Executive Chairman of World Economic Forum and the President of EcoHealth Alliance.

The 46-page complaint points out that “The long-term effects and safety of the treatment in recipients are unknown,” and that they are “currently experimental with only limited short-term and no long-term adult safety data available.” They don’t even meet the definition of “vaccines” given that they don’t stop infection or transmission of the sickness they claim to be treating.

In fact, it now appears that the injection accumulates in the most sensitive areas for child-bearing—the ovaries and testes—where they can do serious damage, even leading to sterilization. The complaint goes on to relay the warning of Dr. Robert Malone, the inventor of mRNA technology, that not enough time was allotted to study the deadly effects of this so-called “vaccine” before it was foisted on the public.

Why wasn’t sufficient research done? Maybe they didn’t want to go on record as knowing the truth. There is a simple way to find out if theses mRNA “vaccines” stayed put or traveled throughout the body, conduct autopsies of those who died after taking these shots. As stated above and published weekly in this newspaper, the government’s own tracking systems report that at least 22,000 people have died after taking these shots. However, not only has the government not required the hospitals to do autopsies, the family members of dead victims have had to come out of their own pockets to have autopsies done on their loved ones.

In the past , hospitals were required to perform autopsies on a certain proportion of decedents in order to maintain their accreditation. Unfortunately, autopsy rates have fallen from 25% to less than 5% over the past four decades and now it seems that hospitals are flat out refusing to do them. The price of an independent autopsy runs from $3,000 to $5,000.

Dr. Ryan Cole is a Mayo Clinic trained, board-certified anatomic pathologist, clinical pathologist, as well as he studied immunology and virology. In an October 2021 presentation he shows pictures of inflammation within the heart valves caused by the dead person’s own immune system attacking itself trying to eliminate the intrusive spike protein after a shot. He emphasizes how conclusive a proper autopsy would be to answer the basic questions of how these shots kill people.

“Histopathologic findings of a similar nature were detected in organs of 14 of the 15 deceased. Most frequently afflicted were the heart (14 of 15 cases) and the lung (13 of 15 cases). Pathologic alterations were furthermore observed in the liver (2 cases), thyroid gland (Hashimoto’s thyroiditis, 2 cases), salivary glands (Sjögren`s Syndrome; 2 cases) and brain (2 cases).

Because vaccination was the single common denominator between all cases, there can be no doubt that it was the trigger of self-destruction in these deceased individuals. Conclusion Histopathologic analysis show clear evidence of vaccine-induced autoimmune-like pathology in multiple organs…Beyond any doubt, injection of gene-based COVID-19 vaccines places lives under threat of illness and death.”

If we take the high figure of $5,000 per autopsy for the 22,000 reported deaths from these vaccines, that would have been an expenditure of $110,000,000, which is only 1/2 of a percent of the $22 billion that these companies have milked the American taxpayer just for the opportunity to poison them.

From this point forward, would it not be right for the government to pay for an autopsy for every new death of those injected with these bioweapons disguised as “vaccines”, so that we can add more data for the criminal prosecution of all those involved with this genocide? Meanwhile, don’t take these shots. They are not only worthless, they are deadly. The same two options given to us by the Honorable Minister Louis Farrakhan remain on the table: SEPARATION OR DEATH.