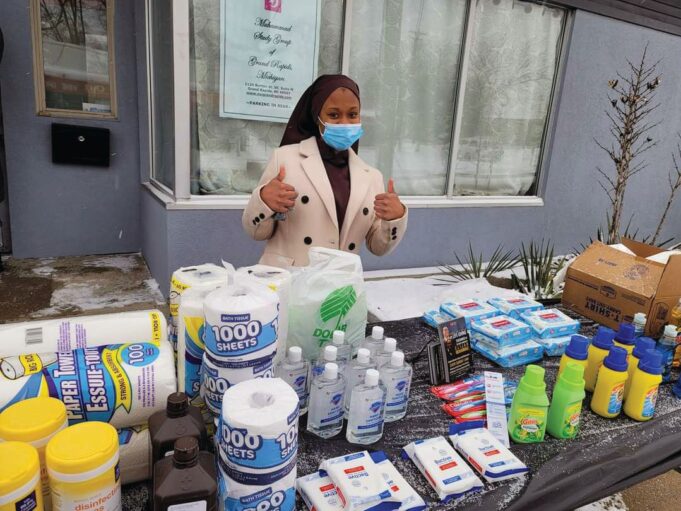 Muslim men, women and children from the Grand Rapids, Michigan Nation of Islam Study Group provided much needed essential household items to community residents. The giveaway took place on Jan. 22 and items like toilet paper, hand sanitizer, dish soap, lotion and more were provided free of charge to passersby. During these trying and difficult times, members of the Nation of Islam continue working to provide aid and resources where there are people in need.

Student Minister Kenneth Muhammad, the Rochester, N.Y. representative of the Honorable Minister Louis Farrakhan, received the key to the city from Mayor Lovely Warren for his work in the community. Mayor Warren left office late last year. The Nation of Islam strives to work in communities in various cities in efforts to make our neighborhoods clean, safe and decent places to live.

Student Minister Arthur Muhammad of Mosque No. 7 in New York presents check to Samba Gumaneh at the Islamic Cultural Center of the Bronx on behalf of the Nation of Islam to aid victims of the tragic and deadly Bronx apartment fire that claimed the lives of 17 people. Many of the victims were predominately immigrant Muslims from The Gambia and Guinea.