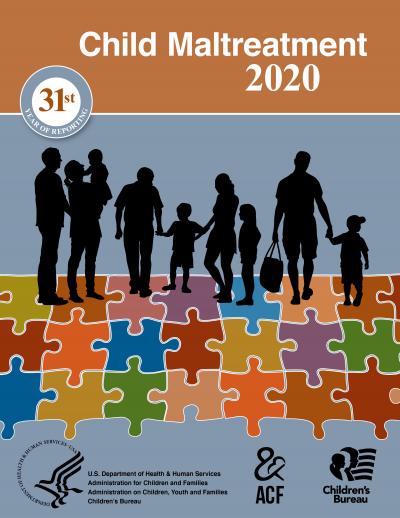 The latest national child welfare report shows an increase in the number of Black children who died, even though fewer abuse-related fatalities were investigated in the yearlong period that included the first several months of the pandemic.

The findings were released in the 2020 Child Maltreatment Report, issued Jan. 21 by the U.S. Department of Health and Human Services. The report covers data from October 2019 to September 2020 and only partially reflects how COVID-19 disrupted the work of child welfare.

“Disparities that were present before the pandemic were intensified, and COVID-19 exposed gaps in our human services delivery system,” Aysha E. Schomburg, of the department’s Children’s Bureau, said in a statement.

The report noted an overall 10 percent drop in the number of child protective services cases handled by states in the early days of the pandemic. That’s a troubling trend that the Associated Press first reported last year with an analysis of state child welfare data.

The federal data confirm a drop by hundreds of thousands in documented cases of child abuse reports, investigations, substantiated allegations and support for at-risk families. But experts say that’s not necessarily good news—children were out of the public eye during the pandemic, and some cases likely weren’t reported until they became more severe, if at all.

The numbers on fatalities in particular are concerning, because such cases are notoriously underreported, said Amy Harfeld, of the Children’s Advocacy Institute. Social workers often investigate a child’s death only if the family had already been involved with a child welfare agency.

Federal officials highlighted a 4 percent decrease in child abuse and neglect-related deaths, though the data also show a roughly 17 percent increase in the number of Black children who died when compared with the previous year’s report.

The latest report identified 504 Black children who died—73 more than the previous tally. This means Black children are now three times more likely to die of suspected child abuse or neglect than White children, according to the report.

The agency did not immediately comment on the disparity but broadly acknowledged the challenges ahead.

“While the data in today’s report shows a decrease in child maltreatment, there is still work to do,” said JooYeun Chang, the acting assistant secretary for the Administration for Children and Families.

The latest report also indicated an 11 percent increase in the number of babies born with prenatal substance exposure, an issue the AP also highlighted because of the lack of rehab programs for birth mothers wanting to get sober. (AP)