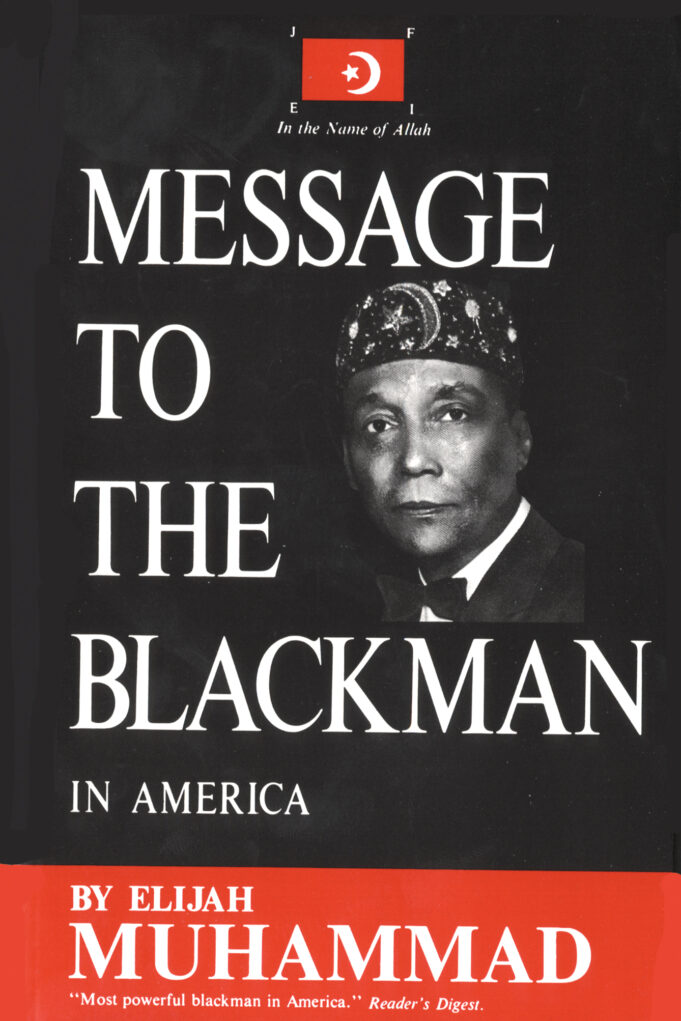 [Editor’s Note: During his school winter break, Jr. FOI West Muhammad, age 12, of Mosque No. 6 in Baltimore, read “Message to the Blackman” in its entirety. Below are his thoughts about what he read.]

In The Name Of Allah, The Beneficent, The Merciful.

I believe that the Honorable Elijah Muhammad’s Message to the Blackman in America is the divine key to the success of the Black male in America.

When I was blessed to read Message to the Blackman in America, it absolutely enlightened me with the knowledge of self, Islam, economics, and the history of the devil which are just a few of the key points that I took from the power packed book.

This revelatory book gives the readers knowledge, power and motivation to evolve into the gods that they have potential to be. In my opinion, these are exponential forms of cognizance that one should have.

Followers of the teachings of Allah (God) administered by His Messengers are often warned against eating out of the devil’s kitchen and patronizing his establishments. Once again, the monumental Message to the Blackman in America saves the day! The Honorable Elijah Muhammad provides the blueprints for saving money, building money and spending it. The Messenger even gives us ideas of businesses that we can slowly but surely establish in our communities.

I can almost guarantee that if every Black male in America read this book and executed its plans, the Original People of the Earth would experience the most groundbreaking evolution overnight!

I found the fifth part of the book titled, “The Devil” the most intriguing. The Honorable Elijah Muhammad tells the story of Yakub’s journey in grafting the devil like a grandfather tells his grandchildren his beloved war stories. I was very fascinated with the correlation of Yakub’s diabolical murder of the Black babies and modern-day doctor’s sticking of needles into babies’ brains while in the womb. They do this by telling the mother that they are checking the child for Downs Syndrome. The chapter gives further confirmation of the Caucasian’s origin and its maker.

Ultimately, Message to the Blackman in America is a book that has inspired me to take charge of the manner in which I carry myself throughout life. I dream to be the greatest FOI (Fruit of Islam) possible and ensure the wellbeing of my people. Many influential brothers have read Message to the Blackman in America and they claimed that it has drastically improved their lives. I encourage each Black male on the face of planet Earth to read this book, study it and use it as an aid in the triumph of the Original people.

This has been Brother West. Thank you! Brother West Muhammad is also a co-host on the weekly podcast WHID-FM, “What Has Islam Done For Me?” The program airs every Sunday, 7 p.m. EST