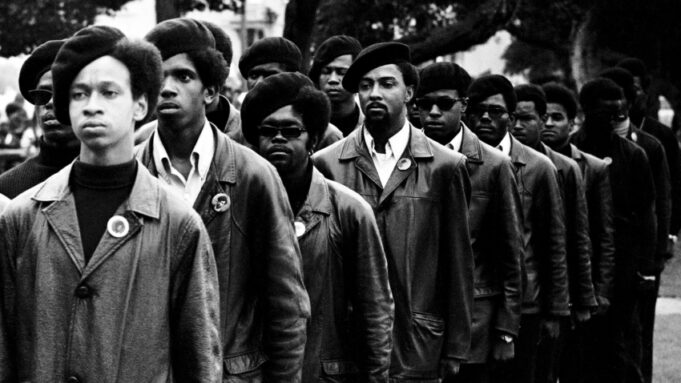 by Charlene Muhammad and Tariqah Muhammad

The United States loves to tout itself as the world’s greatest democracy, a place where individual liberties and rights are forever protected.

But this is a country with a long, ugly and ongoing history of surveillance and infiltration of social justice movements. Individuals who want to make the country better or who express dissent and take part in political and social activism can expect to be targeted. The spies and traitors are often paid agents from police and law enforcement agencies. But, at other times, stool pigeons are injected into the ranks of change-seeking movements by private or non-profit groups—but these groups often enjoy access to, influence with and provide information to law enforcement, the media and lawmakers.

The Ohio chapter of CAIR, the Council on American-Islamic Relations, recently found a spy in its midst. Former executive and legal director Romin Iqbal was fired after an investigation found he spent years recording network meetings and passing confidential information to the Investigative Project on Terrorism.

The group was founded in 1995 by Steven Emerson and has “investigated” operations, funding and activities of so-called Islamic terrorist and extremist groups. The non-profit is said to be “a principal source of critical evidence to a wide variety of government and law enforcement agencies.”

Muslims and activists say the center is no more than an outfit that constantly, virulently and consistently attacks Islam and Muslims.

The Final Call reached out to the Investigative Project on Terrorism for comment but received no response.

“For years, Mr. Iqbal was secretly sharing confidential information about our civil rights work—including surreptitiously recorded conversations, strategic plans and private emails—with anti-Muslim extremists,” CAIR Ohio said in mid-December. “He did this in violation of his ethical duties to the organization and his moral duty to protect the Ohio Muslim community.”

CAIR Ohio said it was working to hold Mr. Iqbal accountable as well as the Investigative Project on Terrorism.

CAIR’s mission is to empower American Muslims but its work has primarily been with immigrant and Arab Muslim communities. CAIR has also tried to work with the FBI and law enforcement.

Krystal Muhammad, chairman of the New Black Panther Party, told The Final Call Black Muslim and progressive groups have always been a target of government espionage.

“Being a part of the New Black Panther Party, we’ve been labeled by the government, the Anti-Defamation League, etc. This term of ‘terrorist’ attached to Muslims and Black freedom fighters is a gross character. It all results in the same thing which is White supremacist systems,” said Ms. Muhammad.

The goal of these spy groups is to stop progress, she said.

“We’re not getting paid to help our people. The majority of them (informants) are getting paid to do this. In their mind, they really don’t believe in Islam or the Black Power movement. At the end of the day, their mission is to stop the rise of a Black Messiah,” said the New Black Panther Party leader.

Government spying on the original Black Panther Party was captured in the acclaimed 2021 film, “Judas and the Black Messiah” focused on the life and death of Fred Hampton, Sr. He was chairman of the Illinois chapter of the Black Panther Party before being murdered in a hail of gunfire by police. William O’Neal, who was hired to work for the FBI, was a government spy and helped set up the assault on the apartment when Mr. Hampton and Mark Clark, a fellow Panther, were slaughtered.

“I think that Muslims and Black people in general, we need to put certain things in perspective. We need to understand that the primary job of the United States government is to guard the interest of the empire,” said Chicago activist Eric Russell.

“When it comes to espionage, there are only three factors involved: It is White people’s nature to dominate, to fix, manage and control—it dates back to the Bible. The other factor is greed. When it comes to Black people, that greed always means oppression for us. Greed is about having an abundance of resources. Third would be their god; espionage is all about the worship of their god and that’s money.”

The Council on American-Islamic Relations is looking into the Investigative Project on Terrorism, which it blasts as an anti-Muslim hate group, and its work with Israeli intelligence to spy on U.S.-based Muslim organizations.

According to CAIR, its national office has received extensive information about the inner workings of the Investigative Project on Terrorism. CAIR charges some of the evidence indicates Mr. Emerson’s group was communicating with and working with Israeli intelligence with the office of then-Prime Minister Benjamin Netanyahu.

“Mr. Emerson has not denied these allegations. In fact, the only statement he has released to our knowledge was a boilerplate statement, attacking CAIR and using Islamophobic language,” added Edward Ahmed Mitchell, CAIR national deputy director.

“The bigger issue here and the thing that’s concerning is this hate group was targeting multiple Muslim organizations. This hate group was engaging in communication and collaboration with a foreign government. We know a lot and yet we still don’t know everything they were doing,” he said.

CAIR hired an outside law firm and a forensic specialist to go through the evidence of the traitor’s work and alerted other Muslim community leaders whose groups were targeted so that they can conduct their own investigations.

Among recent developments was a package sent to CAIR Ohio containing AR-15 rifle parts, according to Attorney Masri. CAIR Ohio has not been able to verify if the purchase was made by Mr. Iqbal, she noted. CAIR Ohio is no longer working in its office due to safety concerns.

Further, said Atty. Masri, there has been some communication with the FBI but nothing significant to report.

We should be concerned because what happened in Ohio is a reflection of how the U.S. government and the forces of White supremacy always dealt with anyone they perceived to be antagonistic to U.S. interests or a danger to those interests, commented Roger Wareham of the New York-based December 12 Movement.

“What they need are always some kind of ‘others’ to justify the cut back on what is supposed to be democratic rights—freedom of speech, freedom of assembly, freedom of political opinion,” he explained.

Demonizing people, such as calling all Muslims terrorists, allows for the type of secret surveillance that has historically have done, added Mr. Wareham, who is also an attorney.

These plots go back to the enslavement of Black people, when some of the enslaved Africans became informants, continued Mr. Wareham.

The Hon. Elijah Muhammad, Eternal Leader of the Nation of Islam, wrote and taught the U.S. was a “universal snooper” and how agents were sent into the Nation to destroy it. These assaults have been ongoing since the 1930s when the Nation was founded in Detroit. He described such individuals as rotten characters working as tools of the enemy. Min. Louis Farrakhan, National Representative of Messenger Muhammad and the Nation of Islam, brought the Nation back after government plots engineered its fall in the 1970s. He has spoken often of the U.S. government assaults on Black leadership and Black organizations. He has also warned of Jewish and law enforcement attempts to set-up and attack Islamic groups in America. He has taught the denial objective of the U.S. government is that Black people must never be allowed to organize.

“This government and Caucasian people are the murderers of God’s prophets. And they have murdered every Black leader who has stood up for justice for our people. So for Elijah Muhammad to stand up in America preaching what he preached and doing the work he did in the midst of the most vicious enemy the world has ever known, he had to have a Mighty Protector and a Mighty Saviour,” said the Minister as far back as an historic 1981 address. But his warnings against the enemy’s plots and machinations have been constant.

“And that didn’t end in the ’60s and the ’70s. I mean, we still have political prisoners now who are still in prison, because of the Counterintelligence Program, and it continues right through to this day,” said Mr. Wareham.

“It’s the state that allows people to give (outside groups) nonprofit status and continue to operate in the interest of the general public,” observed Hamid Khan, an organizer with the Stop LAPD Spying Coalition.

The CAIR spying incident could happen anywhere, he warned. The U.S. political and social system has waged a war historically in the United States against Indigenous people, Black people, and increasingly it’s aimed at non-White, non-Anglo Saxon Christian communities, he said.

“In the broader context, the war is always on to find the weak spots, to suppress both the dissent and even any activity that questions or challenges the authority or challenges the nature of the oppression,” said Mr. Hamid, who operates on the West Coast where the Anti-Defamation League, a powerful Zionist group intricately tied to and relied on by law enforcement, was found spying on groups, individuals and organizations in1993. The illegal activity was discovered in Los Angeles and San Francisco.

The ADL, in 1996, agreed to pay $200,000 to settle a federal lawsuit charging the Zionist group with illegal spying. Muslims, Blacks, Arab-Americans, and Native Americans were among a dozen groups suing the Jewish group. They charged ADL-paid intelligence agents compiled and kept dossiers as part of a national spying campaign against thousands of Americans. Many felt the settlement and its terms didn’t go far enough and the Anti-Defamation League never “atoned” for wrongdoing.

As the Middle East Research and Information Project reported, “the Anti-Defamation League of B’nai B’rith secretly employed a self-styled art dealer named Roy Bullock to collect information on a wide range of individuals and organizations deemed anti-Jewish or hostile to Israel, including Rep. Ron Dellums, the ACLU, New Jewish Agenda, MERIP and many Arab-American, Palestine solidarity and anti-apartheid activists and groups. Bullock, who was employed by the CIA in El Salvador in the 1980s and also served as an FBI informant, worked for the ADL for more than three decades, amassing a database that included files on some 12,000 individuals and 950 organizations.”

Mr. Bullock and Thomas Gerard, an inspector in the San Francisco Police Department’s intelligence unit, also had confidential police records, “in apparent violation of the law,” “shared data with the FBI and sold information on anti-apartheid activism to South African intelligence agents,” according to the Middle East Research and Information Project.

“The scope of the ADL’s espionage activities and the extent of its links with U.S., Israeli and South African government agencies may come as a surprise, but the ADL’s active monitoring of critics of Israel should not,” said the research group.

“This is not only about Roman Iqbal … they have also coerced people after 9/11, people who were undocumented, for example, in how Muslims were being rounded up, they were forced into becoming informants, and create these false narratives and false stories,” Mr. Khan added.