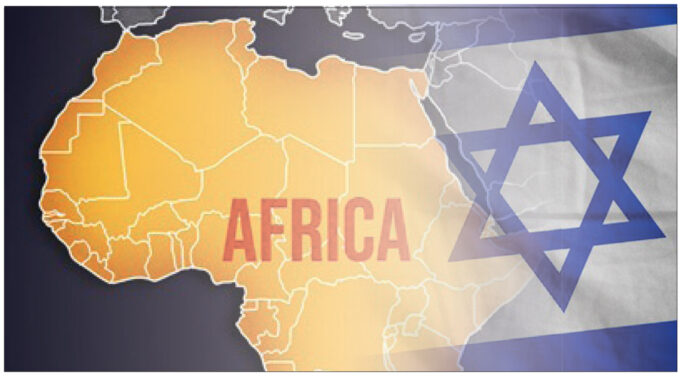 “If Africa is to realize her potential for the benefit of her sons and daughters, she must arise and be active in all sectors in the global arena,” said Dr. Patrick Loch Otieno Lumumba, commonly known as “P.L.O. Lumumba.” The professor of law is an internationally recognized attorney, human rights activist, Pan-Africanist and public speaker whose orations focus on “African solutions to African problems.”

One of Africa’s most articulate and prolific representatives, the Kenyan law professor and author “hold(s) the view that a more united Africa and an Africa that uses our resources more effectively is capable of solving most of our problems. I refuse to believe that technologically we must kowtow to Europe and America in terms of working on our infrastructure.”

He said, “I believe that the 1.4 billion of us (Africans), if we are coordinated (with) the African Union under the aegis of the African Union … we are capable of negotiating (with) these (Western) powers from a position of parity,” he said recently while being interviewed on Black News Channel by Black News Tonight host Marc Lamont Hill.

Asked about “privileges” and “power” Israel might be able to exercise, Lumumba pointed out that observer status is not properly defined under AU instruments. “If you go by practice, it means Israel would be present (at important meetings) and would be eligible to be invited to activities of the AU and to participate … not only by heads of state, but even by the Secretariat,” he said.

“But remember the AU is an organization that depends on donor financing,” the professor continued. “And it’s very easy when one enjoys such status (as being an observer) to use the power of the purse to influence processes. And I think that perhaps may be the subterranean approach that Israel wants to play knowing as it does the AU is an organization that has a huge appetite for money that is given by other powers.”

Raising the question of how Israel’s exclusion from the AU could open up charges of “anti-Semitism,” he wasn’t impressed. “Israel plays the anti-Semitism card too quickly, even while there are other critical issues in play. There (is) nothing anti-Semitic in taking the position you got to treat people right if you are going to sit at the table where other people are equal partners. Anti-Semitism is a card that has been played to make others have a sense of guilt. Africa in this case, we should reject it.”

“If you trace the history of the OAU founded in 1963, it was the victory of what was called the ‘Monrovia Group.’ The Monrovia Group at that time was a grouping of African countries who appeared to be manipulated, led by the French regime, as it was by Ivory Coast President Felix Houphouet Boigny,” commented Professor Lumumba.

“That must be seen in contradistinction to the group that was known as the ‘Casablanca Group’ led by Ghana’s Kwame Nkrumah and Ahmed Ben Bella of Algeria. This is the group that held the view that Africa needs to unite therefore we should have a United States of Africa,” he explained.

“The creation of the OAU was therefore a victory (over) the neo-colonial project if you may,” said Lumumba. “And when it transitioned to the AU, the new push led by individuals such as (Libya’s) Col. Muammar Gadhafi, it was also a statement. Given the history of Israel, a nation that is undermining the interests of the Palestinians, they ought not to find a place at the table of an organization which has a history (focusing ) on decolonalization.”