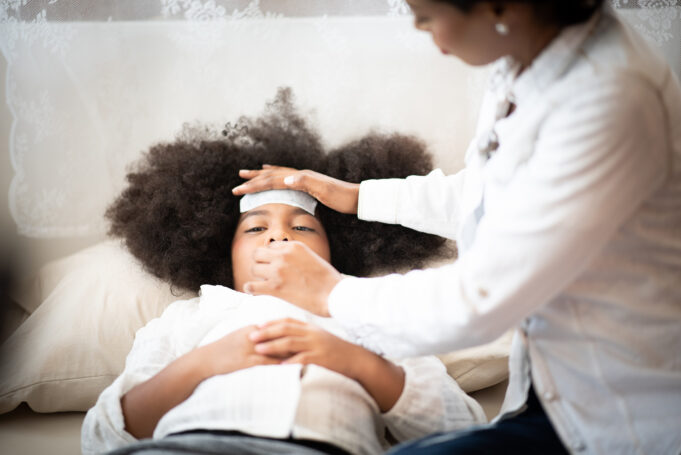 Health concerns for the Black community in 2021 saw more of the same challenges with diseases like diabetes and hypertension complicated by delayed care. The year also saw an increase in depression and more drug overdose deaths than ever before.

“In my primary care practice, I saw a lot of depression, including amongst adolescents,” Dr. Safiyya Shabazz, founder of Fountain Medical Associates in Philadelphia, told The Final Call. “There have been many adolescents who struggled from isolation. Their friend group is so important for many adolescents,” she stated.

U.S. Surgeon General Dr. Vivek Murthy issued an advisory December 7 to confront the growing youth mental health crisis. The advisory, “Protecting Youth Mental Health,” outlines the pandemic’s unprecedented impacts on the mental health of youth and families. Some of these challenges existed long before the pandemic.

The report found significant increases in self-reports of depression and anxiety. U.S. emergency room visits for suicide attempts rose 51 percent for adolescent girls in early 2021 as compared to the same period in 2019. The figure rose four percent for boys.

According to the report, suicide rates among Black children (below age 13) have been increasing rapidly, with Black children now nearly twice as likely to die by suicide than White children.

“Mental health challenges in children, adolescents, and young adults are real and widespread. Even before the pandemic, an alarming number of young people struggled with feelings of helplessness, depression, and thoughts of suicide—and rates have increased over the past decade,” said Surgeon General Murthy.

Around the country the pandemic impacted patients’ access to care. Studies show that the frequency of missing and delayed medical care was up 26.9 percent and 35.9 percent, respectively.

Dr. Shabazz found that people were afraid to come in for care, get routine screenings and were unaware that their health deteriorated without care. This prompted her to increase her telehealth services.

“We manage people’s diabetes, high blood pressure, and scheduled screenings. Most of what I do is not a procedure where I need to lay hands on someone. It’s more cognitive where I analyze information, help people decide what to adjust in their lifestyle—like diet or medications. I also determine any additional tests they need for further evaluations,” she said.

While telehealth sounds easy, it comes with challenges for poor and elderly communities.

“Patients need access to quality broadband. That can be difficult for people who only have their cell phone. Many don’t know how to use the video or camera. If they don’t have someone to help them, it can be a challenge for older people,” Dr. Shabazz explained.

More than 100,000 Americans died from drug overdoses in a 12-month period from April 2020-April 2021, according to a Centers for Disease Control and Prevention report. This death toll is nearly 10-times higher than the rate-seen 20 years ago. In 2020, drug overdose death rates among Black Americans overtook those of White Americans for the first time since the 1990s.

The opioid crisis began with a focus on overdose deaths among White Americans, although rates were highest among both Whites and American Indian/Alaska Natives. These deaths were primarily driven by the misuse of prescription opioids, more likely to be prescribed to White people.

“Black people were less likely to be prescribed opioids due to stigma within the health care system, including discrimination, bias and stereotyping that continues to be prevalent. As the opioid crisis continued to evolve, a shift occurred in the types of opioids driving deaths—from prescription drugs to heroin and, most recently, to synthetic opioids (primarily fentanyl),” Dr. Nora Volkow, director of the National Institute on Drug Abuse (NIDA), part of the NIH, told The Final Call.

Earlier this year in March, the National African American Tobacco Prevention Network held the State of Black Health. The virtual conference addressed cancer, mental health, menthol, and the disparate impact of Covid-19 on Black populations. According to centerforblackhealth.org disparities in health include:

The year ended with Blacks still leading with high rates of hard-to-treat obesity, hypertension, diabetes, and high cholesterol. All which lead to high rates of heart disease and strokes, according to CDC statistics.

The Most Honorable Elijah Muhammad, Eternal Leader of the Nation of Islam, instructed and guided His followers decades ago on eating proper foods. In His seminal writings, “How To Eat To Live” Books 1 and 2, Mr. Muhammad provides valuable and divine guidance on how food can keep us here or take us away.

He also instructed His followers to eat one meal per day and to fast at least three days out of every month. This year saw the increased popularity of what many are calling “intermittent fasting” which bears witness to what Mr. Muhammad taught. “The bad foods and drinks that we are putting into our bodies keep us a victim to illness,” Mr. Muhammad wrote on page 19 in Book 1 in the chapter titled, “Fasting.” He also warned against the dangers of eating too much meat, smoking and the consumption of alcohol. He also stressed for Blacks to consume more fruits and vegetables.

This year also saw instances of modern science bearing witness to Mr. Muhammad’s teaching with the release of two reports. “Meat consumption and risk of ischemic heart disease: A systematic review and meta-analysis” by Critical Reviews in Food Science and Nutrition and “Global burden of cancer in 2020 attributable to alcohol consumption: a population-based study,” by The Lancet released in 2021 were just the latest scientific analysis that supports and vindicates what Mr. Muhammad taught and shared through His revelatory and divine dietary law over 90 years ago.

“These major factors for heart disease can be easily prevented by modifying a patient’s diet, increasing exercise, eliminating smoking and, most of all, losing weight,” Dr. Erin Harrison of Dallas told The Final Call. “Blacks, however, face barriers to such healthy lifestyle changes such as food insecurity, inadequate housing conditions, and insufficient social support systems.”

Yet there is also a push to encourage and motivate Blacks to eat healthier and over the past few years more have turned to vegetarianism or plant-based diets particularly in the midst of the pandemic in which people with pre-existing conditions like diabetes and hypertension are more vulnerable.

According to several media outlets, in 2016 Pew Research found that eight percent of Black Americans they surveyed identified as strict vegan or vegetarian, compared with three percent of all Americans.

“It is no surprise that African Americans are turning to plant-based eating for optimal health. The Black community is consciously stepping away from meat, disease-causing products to shift the trajectory of their well-being,” wrote Marnita Coleman in a special to the Afro earlier this year. Perhaps the move toward better eating and better health for Black America will continue into 2022. (Final Call staff contributed to this report.)