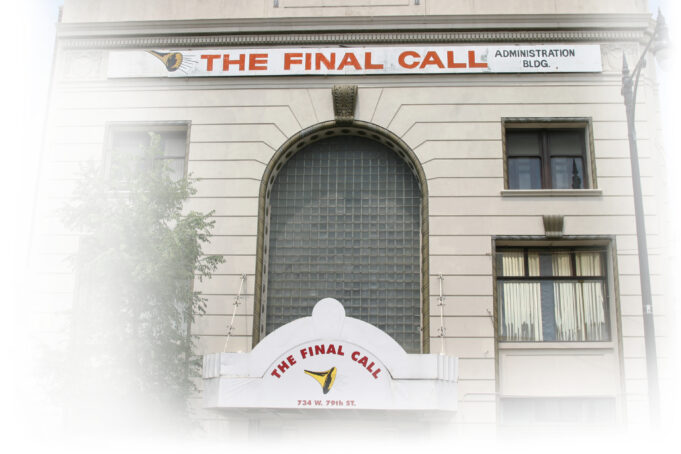 With the beginning of a new year, there is great hope and expectation.

It’s natural as we look back over the past year, a trying year, to try to see our way forward and what we can, what we should, change on the personal, business or organizational level.

There is a scripture, Proverbs 29:18, “Where there is no vision, the people perish.” But even with a vision or a great visionary leader, servant or disciple, that which is envisioned must be manifested.

It means great effort, sacrifice and dedication is needed to produce what is desired and imagined. Nehemiah 4:6 says, “So built we the wall; and all the wall was joined together unto the half thereof: for the people had a mind to work.”

A mind to work, a determination to produce, a commitment not just to visions or dreams but a commitment to making those dreams a reality. That takes work.

For Black people to enjoy a full and complete freedom, we must be willing and enthusiastic in putting our all into building institutions that serve our needs. The Final Call newspaper is over 40 years old. It did not get to this place without great sacrifice, devotion, love and hard work. One of the driving forces in that work was our late, great editor-in-chief Abdul Wali Muhammad.

I was a young journalist and writer when I came under his tutelage from headquarters in Chicago as I worked in the Nation’s Capital as the newspaper’s East Coast Correspondent. On December 26, 1991, our beloved “Brother Wali” departed this life.

In the life of institutions and nations, it is important to honor and remember those who are the builders.

Brother Wali was a builder and an inspiration. The circumstances of his death, and our belief that he was poisoned only cement his place as a martyr in the cause of Islam and one who gave his life as he breathed life into The Final Call.

The son of legendary civil rights era journalist Simeon Booker, Brother Wali was fiercely and unapologetically devoted to the Honorable Minister Louis Farrakhan, the teachings of the Hon. Elijah Muhammad and the global liberation of Black people.

Though he attended Cornell University, where he was introduced to Islam through the Five Percenters, Brother Wali was always proud to declare he held no degree from “the devil’s institutions,” but was educated through the Supreme Wisdom of the Hon. Elijah Muhammad and the guidance of Min. Farrakhan.

He entered the Nation of Islam in Washington, D.C., served as a captain of the Fruit of Islam, and later became a Muslim minister when Min. Farrakhan asked him to come to Chicago to play a bigger role in the rebuilding of the Nation.

Brother Wali was fearless. He was demanding. He gave no excuses and he accepted none.

With his commitment and his drive he fostered a spirit in those who labored under him to accept the challenge to make an intermittent journal an award-winning bi-weekly and now weekly publication. His work also produced two editors-in-chief after his death, past editor James G. Muhammad, who remains a Final Call contributing editor, and me.

Along with his sharp mind and candid speech was a deep, hearty laugh and a great sense of humor. There was also a kindness in his steel-handed glove that engendered respect, admiration and love.

And, if love is duty, and it is, Brother Wali loved deeply and his efforts and accomplishments showed it. Early on he pushed The Final Call into the world of technology when few had personal computers and cyberspace meant connecting with bulletin boards and e-mail addresses were assigned numbers, not names you assigned yourself.

Vital to Brother Wali’s life were his loving and faithful wife, Zenobia, his sons Akmal, Luqman and Farrakhan and daughters Crescent, Amira and Zainab. He was a devoted son to his mother and loved his siblings, a brother and a sister.

Min. Farrakhan gave him the name Abdul Wali Muhammad, which means servant of the Protecting Friend and is an attribute of Allah (God). After assisting others with the newspaper, he became editor-in-chief in 1984.

Brother Wali had a heart attack and was 37-years-old at the time of his death. It was believed that he may have been slowly poisoned over time through something added to his coffee.

“The Nation mourns the passing of one of its brightest stars, Minister Abdul Wali Muhammad,” Minister Farrakhan said at funeral services for Brother Wali on December 31, 1991. “His brilliant mind reflected in his speech and in his pen will be greatly missed among us. I personally have lost a brother, a companion, a friend and a son in the most difficult of all endeavors, the transformation of the lives of our people here and throughout the world. I thank Allah (God) for the privilege and honor of having known him. His memory shall be with me to my dying day and his work shall endure in the history of the Nation of Islam.”

As we march into 2022, coming through two years of the Covid-19 pestilence, we honor the memory of a man devoted to the cause of freedom, justice and equality. We pledge, by Allah’s (God’s) grace, our commitment to stay the course. Long live the spirit, the name, and the legacy of Abdul Wali Muhammad!