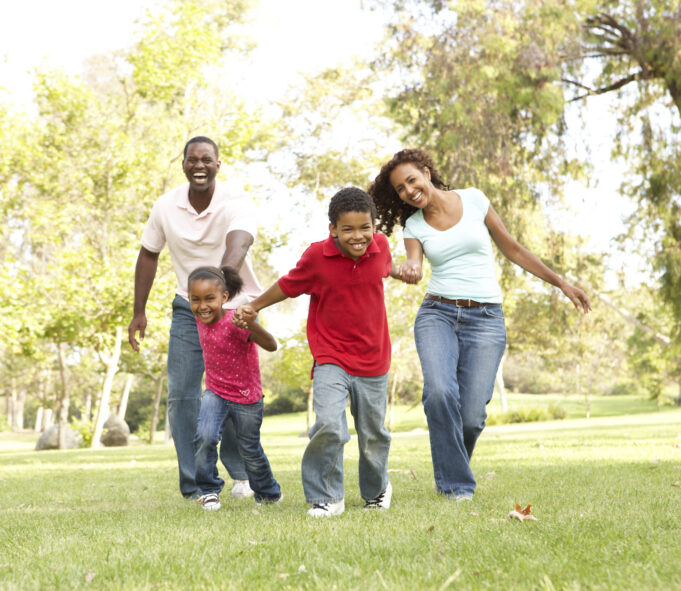 “You are already on death row and don’t even know it. You’re a host for the COVID virus. And that’s why it’s killing us. But it’s not that we don’t have the means … we don’t really need a vaccine. We need more Vitamin D. Do you know why the virus is not hitting the Caribbean like it’s hitting America and Europe? Because we live in the Sun. The Honorable Elijah Muhammad told me that in the Sun, there are billions of vitamins that you can’t get in anything that is created except through the Sun.”

Original people living in Africa, melaninated and immersed in Sunlight, are essentially immune from serious illness or death from coronavirus. Yet, scientists are scratching their heads about how Africa is one of the least affected regions in the world.

“Africa doesn’t have the vaccines and the resources to fight COVID-19 that they have in Europe and the U.S., but somehow they seem to be doing better,” stated Wafaa El-Sadr, Chair of Global Health at Columbia University, in an article published in the Associated Press (AP) on November 19.

Weekly COVID-19 deaths in Africa, already low, decreased in the week ending 25 October. 701 deaths were recorded in 31 countries, a 26 percent decline compared with the previous week. In comparison, 67 percent of people in the United Kingdom have been fully vaccinated; 56 percent in the United States; and 64 percent in the European Union. Yet these countries are experiencing record-breaking case rates. And the United States, which has the highest number of cases in the world, spiked even more as it reached a 200 million vaccine milestone.

Some so-called scientists have called Africa’s success in resisting the virus naturally a “conundrum”: confusing or difficult problem or question.

The reality is that there is anger and frustration over the failed plans to kill billions of Original people with the vaccine. African nations have rejected U.S. and European poison-laced vials. South Africa asked Johnson and Johnson and Pfizer to stop sending vaccines because it has enough in stockpile (November 24 Bloomberg Report).

Could it be that the conundrum for Satan (U.S. Government) and his scientists of evil is that the people and their leaders are listening to the Honorable Minister Louis Farrakhan?

“I say to my brothers and sisters in Africa, if they come up with a vaccine, be careful. Don’t let them vaccinate you, with their history of treachery through vaccines, through medication. Are you listening? I say to the African presidents, do not take their medications!” The Criterion, July 4, 2020.

Natural immunity is from Allah(God), a part of our very being. President Joe Biden’s November 26 ban on travel from South Africa due to the Omicron variant is punitive, critics argue. Africa’s natural immunity stems from the Vitamin D3 manufactured when sunlight is absorbed through the skin. Many people have achieved natural immunity from a previous infection with the virus. Though natural immunity has proven to be better at fighting any and all infections, Anthony Fauci and Big Pharma have redefined it to mean “vaccinated”.

The Informed Consent Action Network (ICANN), a non-profit scientific integrity organization, plans to take the CDC to federal court and the court of public opinion if it does not lift restrictions on the naturally immune.

The study released by the Washington University School of Medicine in St. Louis (“Good news: Mild COVID-19 induces lasting antibody protection”) found that months after recovering from mild cases of COVID-19, people still have immune cells in their body pumping out antibodies against the virus that causes COVID-19 and that such cells could persist for a lifetime.

When confronted with this, top U.S. health officials play dumb or are uninformed.

Republican Senator Rand Paul rebuked U.S. Attorney Xavier Becerra for insulting over 100 million Americans, including Senator Paul himself and NBA player Jonathan Isaac. Both had COVID-19 and recovered, and personally decided their resulting immunity removed any need for a vaccine:

“Quit lying to people about naturally acquired immunity … Try persuasion instead of government cudgels (sticks/weapons). Try humility instead of arrogance. Try freedom instead of coercion. Most of all, try understanding that there is no more basic medical right than deciding what we inject into our bodies,” stated Sen. Paul, as he challenged Pres. Biden’s vaccine mandates during a September 30 Senate hearing on school reopening.

“The CDC says if you’ve had measles and have immunity, you don’t have to be vaccinated. The same was true of smallpox. You’re selectively doing this, because you want us to submit to your will,” Sen. Rand continued.

One has to ask, with all of that information, why are the depopulation conspirators so bent on ignoring the power of natural immunity? With needles into every arm, they stand to make billions every year, in addition to their diabolical mission to cull the planet by 2 billion-3 billion people.

Anthony Fauci, who has said repeatedly that to criticize him is to criticize science, claims ignorance of these studies and their results, continues to deride people who rely on natural immunity and refuse the “vaccines”. He also discredits researchers, scientists and others who challenge his lies.

If the science that Dr. Fauci is peddling is so trustworthy, why has the Food and Drug Administration (FDA), the very agency responsible to protect public health, asked a federal judge to allow a delayed release of Pfizer’s COVID-19 vaccine trial results for 55 years then increased it to 75 years (until 2096)?

“… Pfizer knows what this true clinical safety data are. They’re just not sharing it with the rest of us. … This guy (Bourla) knows that his firm is responsible for killing with this product, probably tens if not hundreds of thousands of people worldwide. He knows it …,” said Dr. Robert Malone, who invented the mRNA technology at the core of the Pfizer and Moderna products. (Interview with Kristi Leigh, posted November 11, Freeworld News TV).

Noting that Mr. Bourla has gone so far as to say anyone criticizing his company’s death shots should be jailed, Dr. Malone said, “And he said this with a straight face, given that Pfizer, they have had more criminal penalties levied against them than just about any other country in the world. If there is a case to be made for a criminal organization, I think the case says that it’s Pfizer, and the question is, (who) is this guy projecting? Is he under so much stress over all the misdeeds that they’ve done, that he’s starting to come off the rails?”

Pfizer’s revenue is predicted to reach $101.3 billion in 2022, from its “vaccine”, along with an investigational oral drug it claims reduces the risk of hospitalization or death by 89 percent.

“The CDC, for example, owns 57 vaccine patents and spends $4.9 of its $12.0 billion-dollar annual budget (as of 2019) buying and distributing vaccines. NIH owns hundreds of vaccine patents and often profits from the sale of products it supposedly regulates. High level officials, including Dr. Fauci, receive yearly emoluments (salary, fee or profits) of up to $150,000 in royalty payments on products that they help develop and then usher through the approval process. The FDA receives 45 percent of its budget from the pharmaceutical industry, through what are euphemistically called ‘user fees’.”

Several Republican lawmakers have proposed legislation requiring federal agencies to consider naturally acquired immunity from previous COVID-19 infection when issuing any policies aimed at protecting from it. What then is the motive for denying the Power of Natural Immunity?

IFLScience.com reports that the world population will decline in the next century, and the primary driver is decreasing fertility, according to a new study published in the Lancet journal. The world’s population currently stands at around 7.8 billion people, a number is estimated to grow over the next few decades and peak in 2064 at around 9.7 billion people, before falling to 8.8 billion by 2100.

“The last time that global population declined was in the mid 14th century, due to the Black Plague.” Stein Emil Vollset, Professor of Global Health at the Institute for Health Metrics and Evaluation.

Black African continent is to see an increase in population. North Africa, the Middle East, and Sub-Saharan Africa are estimated to triple in population from 1.03 billion in 2017 to 3.07 billion in 2100. “Africa and the Arab World will shape our future, while Europe and Asia will recede in their influence,” said Dr. Vollset. Clearly, this alarming reality, along with greed, is driving the insane posture that a deadly, ineffective vaccine is preferable to our God-given immunity.

“… They are making money now, plotting to give seven billion five hundred million people a vaccination …”