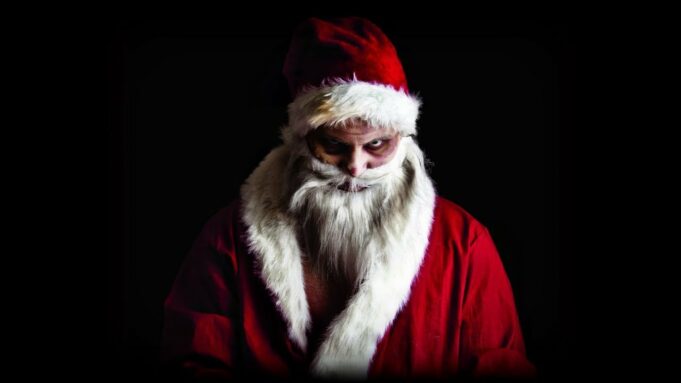 America, the world’s leader in falsehood, theft, and misinformation, is enjoying another holiday season celebrating the bald-faced lie that is Christmas.

Minister Louis Farrakhan, the National Representative of the Honorable Elijah Muhammad and the Nation of Islam in a message entitled “Exposing the Christmas Myth,” eloquently pulled the covers off of the deceit.

“The fact is that this Jesus was not born on the 25th of December at all. In the old pagan Babylon and the Middle Eastern area around the winter solstice, around the 21st day of December, that is the day when the sun appears to stand still in the heavens.”

“And the day is the shortest day of the year. In Babylon, those particular persons worshiped the sun. As the days started getting shorter and shorter, they began to feel that their god was leaving. And around the time of the winter solstice, the 21st of December was the shortest day of the year. That day onward, from the 21st of December, the days start getting longer again,” the Minister explained.

“So, every year the pagan worshipers would entreat their god, the sun, to return to them. They would burn logs around that time. They would make wreaths resembling the sun out of evergreen and cut a tree down out of the forest. It’s mentioned in the book of Jeremiah around the 10th chapter that we should not learn the ways of the heathen.”

“So in the teachings of the gospel, we are to look forward to this great man coming, who is styled spiritually in the Bible as the son of God, then they harmonize the old pagan rituals of the early Babylonian period with the birthday of Jesus Christ. And so, you get merry Xmas.”

The Honorable Elijah Muhammad, the Eternal Leader of the Nation of Islam, wrote in his essential book “Our Savior Has Arrived,” “Now comes the Christians’ big holiday, which they call Christmas. With all the fantastic foolishness of jungle savages, they pretend to love worshipping the prophet on the 25th of December.

They stagger drunkenly all over the streets, campuses, and most homes and churches, with card games, dice and other games of chance and all kinds of whisky and beer—to celebrate that great prophet, with fighting and killing and eating swine flesh. Such is the day they call the birthday of Jesus.”

Even Santa Claus, or jolly old St. Nick, is a fraud.

“The original saint was a Greek born in the late third century, around 280 A.D. He became bishop of Myra, a small Roman town in modern Turkey. Nicholas was neither fat nor jolly but developed a reputation as a fiery, wiry, and defiant defender of church doctrine during the Great Persecution in 303, when Bibles were burned and priests made to renounce Christianity or face execution,” explained National Geographic in an online article.

“Nicholas defied these edicts and spent years in prison before the Roman emperor Constantine ended Christian persecution in 313 with the Edict of Milan. Nicholas’s fame lived long after his death (on December 6 in the mid-fourth century, around 343) because he was associated with many miracles, and reverence for him continues to this day independent of his Christmas connection.”

St. Nicholas, by about 1200 A.D., had evolved into a gift giver. “The strict saint took on some aspects of earlier European deities, like the Roman Saturn or the Norse Odin, who appeared as white-bearded men and had magical powers like flight.”

And, National Geographic added, “Some of these scary Germanic figures again were based on Nicholas, no longer as a saint but as a threatening sidekick like Ru-klaus (Rough Nicholas), Aschenklas (Ashy Nicholas), and Pelznickel (Furry Nicholas). These figures expected good behavior or forced children to suffer consequences like whippings or kidnappings.”

“In the Netherlands, kids and families simply refused to give up St. Nicholas as a gift bringer. They brought Sinterklaas with them to New World colonies, where the legends of the shaggy and scary Germanic gift bringers also endured,” National Geographic pointed out.

“But in early America Christmas wasn’t much like the modern holiday. The holiday was shunned in New England, and elsewhere it had become a bit like the pagan Saturnalia that once occupied its place on the calendar. ‘It was celebrated as a kind of outdoor, alcohol-fueled, rowdy community blowout,’ ” one expert said.

Followers of Jesus Christ in both America and England passed laws making it illegal to observe Christmas, believing it was an insult to God to honor a day associated with ancient paganism.

The original war on Christmas was waged during the sixteenth and seventeenth centuries by Puritans or Protestant Christians who believed that people needed rules to be religious and that frivolous merrymaking was sinful.

In 1822, Clement Clarke Moore wrote “A Visit From St. Nicholas,” popularly known as “The Night Before Christmas,” which was “published anonymously the next year, and to this day the plump, jolly Santa described therein rides a sleigh driven by eight familiar reindeer,” National Geographic said.

“Once firmly established, North America’s Santa then underwent a kind of reverse migration to Europe, replacing the scary gift bringers and adopting local names like Père Noël (France) or Father Christmas (Great Britain). … Nowadays, however, people in many nations have Santa on their own naughty list, either because he represents the secular side of Christmas at the expense Christ or simply because is not a local,” National Geographic said.

“The evolution of Christmas is reflected to a degree in its music. As the holiday has become more secular, so have its songs, with religious and spiritual compositions largely supplanted by the banalities of Rudolph, sleigh bells, and Santa. Many Christians feel that the true essence of Christmas has been lost,” he observed.

“It’s the commercial moguls who make a fortune off of poor people and people who cannot afford to buy things that they often don’t need just to impress somebody at that time of the year,” commented Reverend Willie Wilson, one of Washington, D.C.’s most influential religious leaders and pastor emeritus of Union Temple Baptist Church.

As CNBC.com reported, “Americans are spending a little less this holiday season—but still more than they can afford. Total spending on Black Friday, both in stores and online, fell slightly from a year ago—the first decline on record—in part because holiday shoppers started their shopping earlier in face of supply chain setbacks and shipping delays.

“(C)onsumers plan to spend $997.73 on average for themselves and their families this year, according to the National Retail Federation’s annual survey, down from the pre-pandemic high of $1,047.83 hit in 2019. And for the first time, about 45 percent of shoppers plan to use ‘buy now, pay later,’ or BNPL, services for their holiday shopping to spread out their expenses,” reported CNBC. “In fact, 56 percent of shoppers have made a purchase with BNPL they couldn’t pay off, according to a separate survey from Oxygen, an online-only bank.”

Americans will spend an estimated $834 billion to $859 billion over the Xmas holidays, driving many into debt.

“If you look at the story of Jesus coming and who he said he was coming for in his very first time speaking at the Temple Jerusalem in the fourth chapter of Luke, he said, the spirit of the Lord is upon me. I have been anointed to bring good news to the poor, the oppressed, and the dispossessed, to those blind, and to set liberty to those in prison, who are bound; that was his mission. And his message was the kingdom of God, the reality of the power of God that resides within all of us,” said Rev. Wilson.

“We need to elevate ourselves spiritually to become what the creator intended us to be. This is exceedingly difficult for oppressed people who lack self-worth; as a result, we look outside of ourselves to give ourselves a sense of value. And so that plays right into the hands of those who commercialize holidays,” he explained.

For Reverend Wilson, the battle continues to be for the minds and hearts of the people. “The only way a spiritual awakening can happen is the minds have to be changed,” he said. “You know, and the proliferation of a mentality that takes people in another direction.”

Rodney Muhammad, student minister at the Nation of Islam’s Mosque No. 12 in Philadelphia and head of the NOI Delaware Valley Region, noted how the Hon. Elijah Muhammad had Muslims fast in the month of December.

“I can see how the Honorable Elijah Muhammad took what was the highest point in a Christian’s life the month of December, saying that was the birth of Jesus. And then he took the highest in a Muslim’s life, which is the Ramadan fast. And he laid Ramadan over that month that we as Black Christians celebrated Christmas, and it sobered us up,” Rodney Muhammad observed.

Minister Farrakhan has also used the season to implore the people to see the reality and value of Christ, Rodney Muhammad continued. “We are the real loser in a period like this because, obviously, we’re spending for something that does not offer us a future. It is not an investment, and the merchants are waxing fat off of our confusion and being inebriated in a period like this, where we are just stimulated to buy,” he said.

Since 2015, the Nation of Islam has engaged in an annual “Up With Jesus, Down With Santa” campaign that stresses not spending money as a way to fight injustice and oppression.

Based in Newnan, Ga., Billy McFarland of the College Park CME Church told The Final Call, “As a community, we need to assess how these holidays help us or don’t. We need to reconnect with the spiritual for the benefit of our families and community. We need to step up and begin to define these holidays for ourselves,” he added.

“Maybe a start is to point out all the negatives in us observing the holiday the same way White folks observe it with the drinking and the partying but mostly with the debt,” Mr. McFarland said.

“Now is the time, indeed the time for Black awakening. There is no better time now because the cards are on the table. The enemy has shown his hand; it’s clear. Nothing is hidden, and you know exactly how he stands and what he stands for. We keep following their way. The way they layout for us, Christmas is celebrated a certain way. And we need to refocus that.