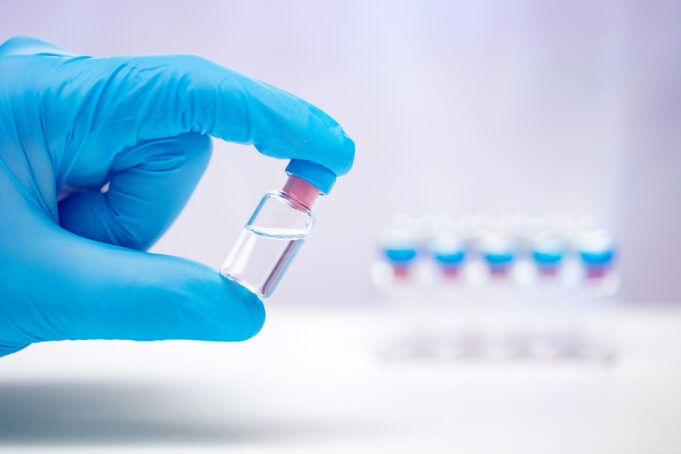 “They are making money now, plotting to give seven billion five hundred million people a vaccination. Dr. [Anthony] Fauci, Bill Gates and Melinda [Gates], you want to depopulate the Earth. What the hell gives you that right? Who are you to sit down with your billions and talk about who can live and who should die? That’s why your world is coming to an end quickly because you have sentenced billions to death. But God is now sentencing you to the death that you are sentencing to others. Yes, Allah is Great.”

The Covid-19 vaccine is being encouraged and enforced by the actions of certain financial institutions, primarily the Bill Gates Foundation. This entity has taken the lead in the “Vaxx Attack” on Black people and all indigenous people around the Earth. The Satanic tentacles wrapped around President Biden, the Congress and Senate through tens of millions of dollars in contributions from Big Pharma, have bought their silence and their support.

Among the greatest threats to the Original People of the Earth today are needles in the arms of our youth. Throughout the “pandemic,” the Centers for Disease Control (CDC), the National Institutes of Health (NIH) and several other agencies and alphabeted entities agreed that Covid-19 was nearly nonexistent in children under the age of 18. Suddenly there is an urgent need to vaccinate youth, children and infants.

Interestingly, a group of Jewish rabbis, in an Open Letter to several governmental organizations, (revealed by economist and researcher, Prof. Michael Chossudovsky, September 16, 2021), said the course of the pandemic reminds them of the Nuremberg atrocities of WWII and that this pandemic is aimed at the children.

Here are excerpts from the letter reported on www. Globalresearch.ca:

“We, the survivors of the atrocities committed against humanity during the Second World War, feel bound to follow our conscience and write this letter… It is obvious to us that another holocaust of greater magnitude is taking place before our eyes. The majority of the world’s populace do not yet realize what is happening, for the magnitude of an organized crime such as this is beyond their scope of experience. We experience a déjà vu that is so horrifying that we rise to shield our poor fellow humans.

The threatened innocents now include children, and even infants. In just four months, the COVID-19 vaccines have killed more people than all available vaccines combined from mid-1997 until the end of 2013—a period of 15.5 years…Needless to say”, they continue, “this is a multi-billion-dollar operation for Big Pharma Pfizer, which is playing a dominant role in marketing the vaccine at the level of the entire planet, has a criminal record with the US Department of Justice. The national health authorities cannot say: we did not know. Nor can they say that the objective is ‘to save lives.’ This is a killer vaccine. And they know it …”

Killing children is not unprecedented in the course of the Policy of Depopulation.

The Honorable Minister Louis Farrakhan and his wife, Mother Khadijah Farrakhan, during one World Tour, shed tears as they witnessed the mass deformity of Iraqi babies who suffered not only from sanctions, but also from the Geneva Convention-outlawed phosphorus bombs dropped by U.S. attack planes.

In the United States, once adult vaccinations were underway, attention turned to vaccinating our children. Right after the process to get Covid-19 vaccines “emergency use authorized” for children began, impatience started to set in. Before it was even granted, in a November 1, 2021 AP article entitled, “COVID Vaccine For Younger Kids Already Being Packed, Shipped,” reporter Ricardo Alonzo-Zaldivar writes:

“Anticipating a green light from vaccine advisers, the Biden administration is assembling and shipping millions of COVID-19 shots for children ages 5-11, the White House said Monday. The first could go into kids’ arms by midweek. ‘We are not waiting on the operations and logistics,’ said Coronavirus Coordinator Jeff Zients. By vaccinating children, the U.S. hopes to head off another coronavirus wave during the cold-weather months when people spend more time indoors and respiratory illnesses can spread more easily. Cases have been declining for weeks, but the virus has repeatedly shown its ability to stage a comeback and more easily transmissible mutations are a persistent threat.”

When we look more deeply into this vaccination program of the youth, we find a more sinister revelation of what is already being executed around the world.

The World Health Organization (WHO) describes itself as an entity which “works worldwide to promote health, keep the world safe, and serve the vulnerable. Our goal is to ensure that a billion more people have universal health coverage, to protect a billion more people from health emergencies, and provide a further billion people with better health and well-being.”

A noble cause if you believe it. But one of the groups involved with the WHO is The GAVI Alliance, which is an acronym for The Global Alliance for Vaccines and Immunizations. It was set up by Bill Gates in 2000 as a part of his worldwide vaccine strategy. It has a similar noble self- description, “… a global Vaccine Alliance, bringing together public and private sectors with the shared goal of saving lives and protecting people’s health by increasing equitable and sustainable use of vaccines.”

In truth, GAVI and WHO are allied with COVAX, a global-private-philanthropic collaboration whose more sinister stated purpose is to “accelerate the development, production, and equitable rollout of COVID-19 tests, treatments, and vaccines.”

According to WHO, their top 20 donors for 2018/2019, were the United States with $853 million; the United Kingdom of Great Britain with $464 million; then, the Bill and Malinda Gates Foundation with $455 million and the 4th largest donor was the GAVI Alliance with $389 million.

We have to mention here that the man who fathered and reared Bill Gates, William Henry Gates, was a heralded lawyer and philanthropist served on the board of Planned Parenthood founded by eugenicist and depopulation proponent, Margret Sanger.

Margaret Sanger opened the first birth control clinic (for Black women) in the U.S. in 1916. Sanger founded the American Birth Control League in 1921, which later changed its name to Planned Parenthood in 1942.

According to GAVI, they have vaccinated some “888 million children … since 2000.” The world mapping of those vaccinated are overwhelmingly the African continent and so-called Third World Counties. GAVI claims that 537 million COVAX produced vaccines have been shipped.”

GAVI reports that 194 vaccines are currently being explored in lab experiments and animals.

They name 4 phases of their continuous work:

IN USE—21 vaccines are currently being offered to the general population around the world.

The Honorable Minister Louis warned humanity in Part 4 of The Time and What Must Be Done in 2013, on the Depopulation Agenda:

“Many of you reading these words cannot wrap your mind around a human that could think that the resources of the Earth are ‘too little’ and the population is ‘too much,’ so ‘we must kill 2-3 billion people.’ Kissinger, and the U.S. government in agreement with him, decided that the people who would be killed would be in the Third World-but since this ‘culling’ has many ‘Third World people’ living in industrialized countries, it would start as well in the industrialized countries.”

–There was an overwhelming response to the July 20th article on Ivermectin, a safe, inexpensive medicine which has proven extremely effective in treating Covid-19. It can only be given by prescription. In response to numerous requests for information on how to obtain Ivermectin, we are providing the website which gives a nationwide list of physicians who will prescribe it. Go to: