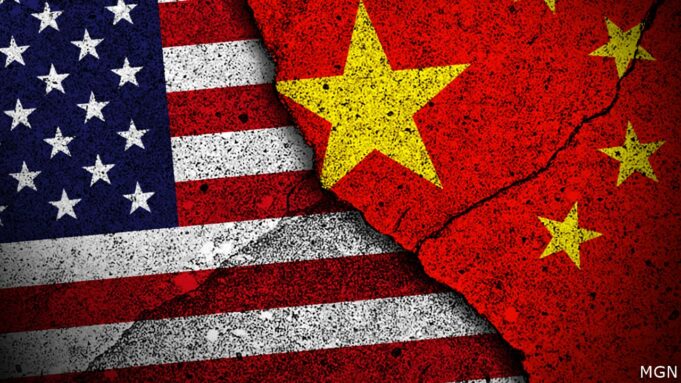 A Blinken’s speech, given during the second leg of his visit in Nigeria, was referred to as a major Africa policy speech. He said President Biden would convene an important U.S.-Africa leaders’ summit sometime next year “to strengthen ties with African partners based on principles of mutual respect and shared interests and values.” The announcement included no details and was bereft of who would attend. In watching that portion of the speech, I saw the ineptness of a superpower announcing an upcoming unplanned summit.

Blinkin’s Africa visit came after being postponed from August, a telling sign of other priorities during America’s chaotic withdrawal from Afghanistan.

Delivered at the Economic Community of West Africa State headquarters in Abuja,  Blinkin’s “centerpiece” speech of his trip was supposed to help support African solutions to Africa’s problems.

“The United States firmly believes that it’s time to stop treating Africa as a subject of geopolitics and start treating it as the major geopolitical player it has become,” Blinkin said.

What was not said is how failed U.S. policies necessitated the top diplomat to make the trip.

At the top of his agenda were Ethiopia and Sudan, with China the 500-pound gorilla in the room.

Ethiopia, a supposed U.S. ally, was in need of support while defending itself from the Tigray People’s Liberation Front’s (TPLF) massive terrorist attacks that began in 2020. U.S. support never materialized, instead the TPLF attacks ignited a cataclysmic war and Prime Minister Abiy Ahmed, a Nobel Peace Prize winner, received the blame.

The Western press helped blame Ahmed for much of the responsibility for the humanitarian crises that followed. Watch CNN’s contentious interview with Prime Minister Ahmed’s press secretary Billene Seyoum who takes CNN to task for “biased” reporting.

Instead of offering assistance, the Biden administration began issuing confusing and suspicious statements directed at the democratically-elected government of Ethiopia.

The Biden administration appointed Jeffrey Feltman as a Special Envoy for the Horn of Africa. Feltman reportedly began playing hardball. To buttress his position, USAID administrator Samantha Power used her estimated $53 billion budget and her social media megaphone to team up with Feltman and increase pressure on the Ethiopian government. The country was already faced an existential threat from a homegrown terrorist group and the devastating consequences of a war ignited by TPLF’s audacious attacks.

Then on Oct. 25 the military side of Sudan’s transitional government dissolved civilian rule, arrested political leaders and declared a state of emergency.

Fast forward to Nov. 21, with the freeing from house arrest and reinstating of Abdalla Hamdok as prime minister by coup leader Gen. Abdel Fattah al-Burhan.

According to a Sudanese source, this deal signed with the coup’s military leaders without the backing of the civilian coalition was “a setback, even a disgrace.”

One key reason for recent protests by Sudan’s Forces of Freedom and Change is that the deal only reinstates the prime minister—not the rest of the civilian government.

“We affirm our clear and previously declared position that there is no negotiation, no partnership, no legitimacy for the coup,” the faction said in a statement.

Theodore Murphy, director of the Africa program at the European Council for Foreign Relations, told the German publication DW: “Sunday’s political agreement is understood as not even a return to the status quo but a diminishment of the civilian’s role to a junior partner.”

He also said the difficult situation with the disputed joint government is further heightened by the belief that “the revolution has been betrayed by one of its most high-profile representatives: Prime Minister Hamdok.”

Blinken’s only response, by way of a tweet though his reps are reported to have been in the negotiations, was that he is pleased with the “reinstatement” of Prime Minister Hamdok, the “lifting of the state of emergency, and resumption of coordination.”

China was never far from the top of the agenda.

“Our engagement in Africa, is with Africa, is not about China or any other third party,” Blinken said in Nigeria. “It’s about Africa.”

“Our purpose is not to make our partners choose, it is to give them choices,” Blinken said in Senegal. “And when people have choices, they usually make the right one.”

“We have a diplomacy of sovereignty from which we do not exclude anyone,” Senegalese Foreign Minister Aissata Tall Sall said. “There is not only one choice. We have many choices.”

As Nigerian Foreign Minister Geoffrey Onyeama pointed out, his country and others want the best deals they can get, and often that means looking to China.