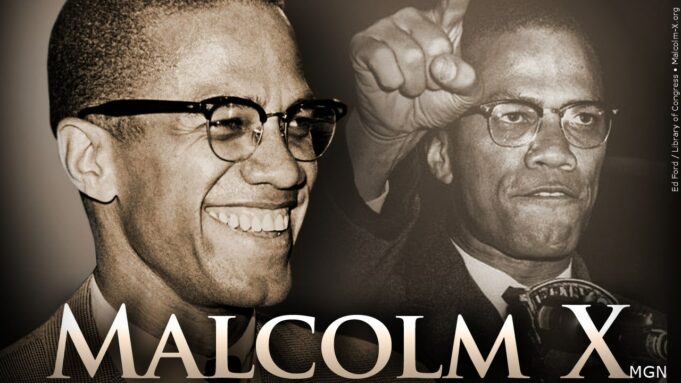 Exoneration sounds like a mighty fine word. It rings in the ear as if all wrongs have been righted. But we should not be fooled by the so-called “exoneration” of two men jailed, maligned, hated for a murder they did not commit.

Cyrus Vance, Jr., and others inside of the same system that perpetuated this fraud and destruction of Black life, Black love and Black progress may love the sweet sound of this word. We are not fooled. We want justice for Muhammad Aziz and the late Khalil Islam, who were intentionally, fully, maliciously and purposely wrongfully imprisoned for the killing of Brother Malcolm. These innocent men, the Shabazz family, the Nation of Islam and Black people deserve much, much more.

We must demand the full truth, a full accounting and the release of all files, federal, state and local, regarding what happened before, during and after that fateful day February 21, 1965, when Brother Malcolm was killed in the Audubon Ballroom. A man caught at the scene told prosecutors in 1966 that two others later put on trial were innocent. The men had alibis. There were at least nine informants in the ballroom, and undercover cops, who were stool pigeons and infiltrated Brother Malcolm’s organization.

So what the Manhattan district attorney calls “new evidence” and an investigation sparked by a Netflix documentary last year has always existed and been pointed to for decades—not days, not months, not years, but decades. Nothing was done by this damnable system and damnable federal and local police agencies who are at minimum complicit in the killing of Brother Malcolm, and whose hands we boldly believe are drenched in his blood.

Prove us wrong! Open every file, un-redact every piece of paper, name every name, show any shred of evidence. Bring it all forward. The Nation of Islam, the Hon. Elijah Muhammad and the Honorable Minister Louis Farrakhan have been injured by this lie and deadly plot orchestrated and carried out by our relentless, irredeemable enemy and their imps.

Each revelation over the years has taken us deeper into the dark heart, mind and soul of the federal government. This is the same government that has destroyed us and our movements.

The Nation of Islam has maintained and still maintains having no role in the murder of Brother Malcolm. Despite what the enemy whispers, despite what Negroes dream up, none of them offer proof. They only offer conjecture. The proof, the evidence that continues to surface points to the same enemy who hated Brother Malcolm in life and seeks to redefine and misuse him in death.

Where are the consequences for those involved in this plot, terrorist planning and its execution? Is everyone connected with this case dead? Where are all the informants? Where are their handlers? Where are the case managers? Are they simply to be forgotten? People did these evil deeds and people need to be punished. All is not forgiven.

“Fundamental justice,” as the judge who officially dismissed the charges against the two men said, demands more than an apology.

Fake tears, soft words and self-forgiving speeches, don’t move us. Justice is demanded. Reparations are demanded. Public identification of all the wicked ones is demanded. We and the families of these men and the Shabazz family have suffered for more than 50 years. How traumatic is that?

“The event that has brought us to court today should never have occurred,” Mr. Aziz said. “I am an 83-year-old man who was victimized by the criminal justice system.”

Ameen Johnson and Shahid Johnson’s father, Khalil Islam, nor mother are here to see this vindication. “His reputation meant a lot to him,” Ameen Johnson said of his father. And now “we don’t have to watch over our backs, worrying about any repercussions from anybody who thought that he might have been the one that killed Malcolm X,” he said Nov. 18 via the Associated Press. Mr. Islam died in 2009.

Mr. Aziz, then known as Norman 3X Butler, and Mr. Islam, known as Thomas 15X Johnson, and Mujahid Abdul Halim, who was identified as Talmadge Hayer and Thomas Hagan, were convicted of murder and sentenced to life in prison in 1966. Mujahid Abdul Halim confessed to the shooting and said his co-defendants were innocent. He identified others as part of the plot but nothing ever happened to them. The late lawyer William Kunstler tried to get the innocent men released to no avail in 1977. Others have argued they were innocent but the system that entrapped them did nothing.

As the Associated Press said, the “re-investigation found that the FBI and police failed to turn over evidence that cast significant doubt on Islam and Aziz as suspects.”

“And the records showed that the late FBI Director J. Edgar Hoover ordered agents to tell witnesses not to reveal that they were informants when talking with police and prosecutors, Manhattan District Attorney Cyrus Vance Jr. said,” the Associated Press added.

“New York Police Department records showed there were undercover officers in the ballroom at the time of the killing, a fact prosecutors apparently knew before trial but don’t appear to have told defense lawyers, the court filing said. One undercover officer later testified at an unrelated trial that he’d been acting as part of Malcolm X’s security team and had walloped Halim with a chair—a blow that didn’t jibe with testimony from other witnesses at the alleged assassins’ trial.”

“The FBI and NYPD had evidence of Aziz’s and Islam’s innocence within hours but ignored and suppressed it, said one of their attorneys, Deborah Francois, who worked on the case with civil rights lawyer David Shanies and the Innocence Project,” said the wire service.

A confession by an undercover NYPD officer and infiltrator of Black organizations cast additional light on the government’s hand in the killing of Brother Malcolm. The late Ray Wood said a federal agent directed him to go to the ballroom for a speech by Malcolm X, observe something that would happen but do nothing. He said he watched as the fatal shooting took place and the FBI and the NYPD were involved.

An arrest of Brother Malcolm’s bodyguards earlier was part of the plot to kill Malcolm X, said Mr. Wood, in a confession shared with the Shabazz family and media. His words, made as he thought he was dying from stomach cancer in 2011, were made public by his cousin, Reggie Wood, during a Feb. 21 press conference with civil rights lawyer Ben Crump, others and three daughters of Malcolm X and Dr. Betty Shabazz. Mr. Wood’s stomach cancer went into remission but he died last November, according to Reggie Wood. Ray Wood lived a somewhat reclusive life and feared discovery, asking that his account only be delivered after his death, said Reggie Wood.

Ray Wood’s admission put two, self-admitted law enforcement agents working for NYPD at the scene of the death of Brother Malcolm. The second agent was Gene Roberts, who was supposed to be working security but was a police infiltrator and agent against Black liberation groups. He is shown onstage after fatal bullets struck Brother Malcolm, supposedly administering CPR.

In 1979, Vol 1, No. 2, of The Final Call newspaper, Min. Farrakhan laid out the government attacks on the Hon. Elijah Muhammad, patriarch of the Nation, Malcolm X, and other Black leaders and groups.

“The subject of the entire paper, almost 20 pages, took up the history of the government’s Counter-Intelligence plan through J. Edgar Hoover of the FBI to destroy, disrupt, neutralize and prevent a rise of a Black Messiah who could unify and electrify the masses,” said Nation of Islam General Counsel Abdul Arif Muhammad in an earlier interview.

Since the early 1990s and beyond, Minister Farrakhan has called for the release of all government files about the death of Brother Malcolm.

The Wood letter and other details are included in a memoir, “The Ray Wood Story: Confessions of a Black NYPD Cop on the Assassination of Malcolm X.”

Nation of Islam Student Minister Dr. Wesley Muhammad, who has extensively researched the life of Malcolm X and circumstances surrounding his death, has said Mr. Wood was identified as a second man arrested and taken from the scene in handcuffs. For years, law enforcement agencies and others insisted only one man was arrested at the scene.

In 1995, the federal government went after Qubilah Shabazz, using White Jewish informant Michael Fitzpatrick in an  entrapment plot and charging her in a plan to kill Min. Farrakhan. The federal government paid Michael Fitzpatrick $34,000 plus expenses to record conversations with the young woman. The federal indictment included eight charges. Brother Malcolm’s daughter faced potentially $2.5 million in fines and 90 years in prison if convicted.

The Minister’s condemnation of the FBI, previous plots against Black leaders and organizations and demands that the Shabazz family be protected destroyed the government case. A process of reconciliation between Dr. Shabazz and the Nation of Islam started. Some of her daughters would attend and Dr. Shabazz spoke at the historic Million Man March on October 16, 1995.

Our history is clear, and so is the history of this wicked enemy. We just want to see all the files and let the evil ones bear witness against themselves.