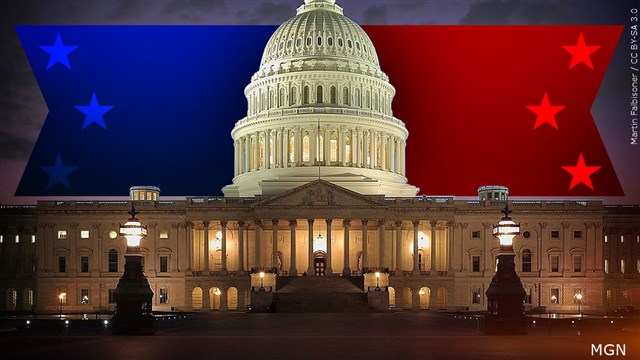 They under-calculated. Like the opening salvos on Ft. Sumter, 140 years ago, the successful GOP 2021 assault was the opening round in the war to overthrow the United States and establish an even more pro-White garrison than already exists here.

Looking at recent electoral trends, some analysts are now warning that U.S. “democracy” is imperiled by White supremacy, despite the fact that the country was born in White supremacy in 1776, to preserve the enslavement of Black people when England was threatening to abolish slavery in its colony.

Fear and anger now rule the day, driving White people to embrace or condone racist, supremacist ideology. “The fact that we’re having a conversation about Critical Race Theory that is not taught in public schools in Virginia, it just goes to show how Republicans have decided that picking at White grievance and tap-dancing with White supremacy is their way back into power,” commentator Jonathan Capehart said recently on the “PBS NewsHour.” “Yes, the Democrats should be afraid, because fear works. And I like to say, whiteness is a hell of a drug.”

Democrats on the other hand are often vague about race, not wanting to aggravate their own White sensibilities as they work to deliver on the just demands of Black people, their most loyal constituency.

“The government only wants to pacify her once slaves with fancy false promises that she knows she cannot fulfill without the loss of friendship and bloodshed among her own people,” the Honorable Elijah Muhammad wrote in “Our Saviour Has Arrived.” “But there is nothing like a good future in those rosy promises for the so-called Negroes.”

There was one hollow victory for President Joe Biden’s agenda in the election wake. In an extraordinary session, a normal 15-minute vote in the House of Representatives to approve the $1.2 trillion infrastructure bill, was kept open for more than eight hours, as House Democratic leaders and White House officials coaxed and pleaded enough holdout progressive Democrats to go along. Congressmembers Jamaal Bowman (D-N.Y.), Cori Bush (D-Mo.), Alexandria Ocasio-Cortez (D-N.Y.), Ilhan Omar (D-Minn.), Ayanna Pressley (D-Mass.), and Rashida Tlaib (D-Mich.) all voted no.

The measure includes $550 billion in new investments for bridges, roads, airports, waterways, public transit and broadband infrastructure. Lawmakers, however, did not vote for the Democrats’ more expansive climate and social safety package, after conservative Democrats insisted on waiting for a cost analysis from the Congressional Budget Office, which could take days or even weeks.

While Democrats coddled and handled with kid gloves their belligerent, conservative Senators Joe Manchin (D-W.V.), and Kirsten Sinema (D-Ariz.)—who fought against Biden targets—some grassroots Republicans threatened violence against the handful of GOP House members who voted in favor of the infrastructure deal.

“Here are the ‘Republicans’ that just voted to help Biden screw America,” Rep. Marjorie Taylor Greene (R-Ga.) tweeted recently, branding the 13 who voted for the Biden package “traitors,” and sharing pictures and phone numbers of them.

One caller instructed Rep. Adam Kinzinger (R-Ill.) to slit his wrists and “rot in hell.” Another hoped Rep. Don Bacon (R-Neb.) would slip and fall down a staircase, according to The New York Times. The office of Rep. Nicole Malliotakis (R-N.Y.) has been inundated with angry messages tagging her as a “traitor.”

It’s war. White Republicans declared it. White Democrats dread it. Many Black Democrats remain in denial about it.

“There is not yet a willingness to confront the landscape of American politics,” Sherrilyn Ifill, the president and director-counsel of the NAACP Legal Defense and Educational Fund tweeted. “The [Virginia] race was not abt ‘education’ or ‘enthusiasm’ or ‘change.’ There’s no ability to engage w/the grim reality of an electorate of White voters primed to embrace racial threats,” she said.

“I think we also have to engage with the deep commitment many Americans have to the racialized mythologies that have been the staples of American education and media for centuries. The tribal motivation to maintain and retransmit them is stronger than the commitment to democracy,” Ms. Ifill continued.

White Democrats in Virginia were not enthusiastic for Mr. McAuliffe because they are not prepared to go “all in” to fight for the new, Black Lives Matter agenda.

White people in America are not prepared to give up any of their comforts in order to make amends for the stain they have left on history. Blacks on the other hand, are willing, again and again to forgive the racist American society which mistreats them at every turn, extending yet another mercy.

“It’s made plain that we’re living in a time of doom of this evil world,” said Mr. Muhammad in “Our Saviour Has Arrived.” Brother Jabril Muhammad, a longtime helper of Mr. Muhammad and the Honorable Minister Louis Farrakhan, then reminded us in The Final Call that, “(Mr. Muhammad) pointed out the confused state of those who have blinded Black people, whom they have misled and mistreated for centuries.”

“They have confused the Black Man to the extent that the Black Man does not know now whether he should go for himself or remain seeking guidance from the devil,” wrote Jabril Muhammad.