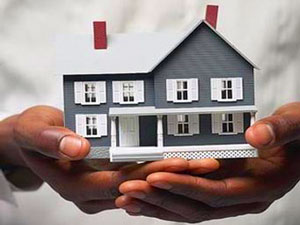 The American dream of homeownership has increasingly become a nightmare for Black families. The 2021 report, “State of Housing in Black America,” confirms the gap in the homeownership rate between Black and White families is wider today than when housing discrimination was legal.

In 1960, there was a 27-point gap between Black homeownership (38 percent) and White homeownership (65 percent). Today, the gap is nearly two points wider.

“Blacks have made little, if any strides at closing the disparate homeownership gap between those of our White counterparts,” Lydia Pope, president of the National Association of Real Estate Brokers (NAREB), told The Final Call. “Systemic discriminatory regulations and policies continue to thwart any meaningful effort at closing the homeownership gap.”

NAREB produces the report each year. This year it was released November 4, at the NAREB 2021 National Black Homeownership Summit in Houston, at Texas Southern University.

“What we found out is that Houston is a very affordable city to live in, but only 29 percent of homeownership is Black. That’s a low number for an affordable city,” said Ms. Pope.

In the first quarter of 2021, the homeownership rate for White households was 73.8 percent and 45.1 percent for Black households. However, since 2020, Covid-19 has severely impacted the Black community.

The report found that payrolls dropped by 20.7 million jobs in April 2020, the largest ever one-month loss of employment in U.S. history. The covid economic shutdown created a crisis for all workers, but the impact was greater for women, non-White workers, lower-wage earners, and those with less education.

Blacks were disproportionately negatively impacted by the Covid-induced recession. Couple that with the pre-existing institutional racism in the U.S. housing finance system, the report found the prospects for increased Black homeownership were daunting.

Buying a house may seem simple to the novice; save your money, get a good credit score, find the house you want and get a loan. However, the report indicated that systemic racism continues to permeate almost every aspect of the real estate industry, including many practices of federal housing agencies.

The historical practices that prevent Black homeownership progress include the underappraisal of home values in Black neighborhoods, inappropriate use of outdated or otherwise inaccurate and misleading credit scoring models, and unfair mortgage pricing schemes.

Last September, Freddie Mac released data that showed home appraisers were more likely to undervalue homes in Black and Latino communities than those in White ones.

“An appraisal falling below the contracted sale price may allow a buyer to renegotiate with a seller, but it could also mean families might miss out on the full wealth-building benefits of homeownership or may be unable to get the financing needed to achieve the American Dream in the first place,” said Michael Bradley, senior vice president of modeling, econometrics, data science and analytics in Freddie Mac’s Single-Family division.

“This is a persistent problem that disproportionately impacts hundreds of thousands of Black and Latino applicants.”

The “State of Housing in Black America” report found that institutional biases in the housing market are so imbedded and accepted, that some of the challenges to Blacks benefitting from homeownership are rarely discussed in conversations related to improving Black homeownership or economic returns to homeownership like building equity and saving money on taxes.

Correcting these problems will not happen overnight.

“We have what we call the Five Pillars of Black Home Ownership. Those pillars are on our website, and they talk about generational wealth,” said Ms. Pope. “Generational wealth starts with our youth. We are within the community to show them about home ownership as number one. Next is sustainability, because staying in a home is important, children begin to love the fact of having a neighbor, having a backyard, having your own space,” she said.