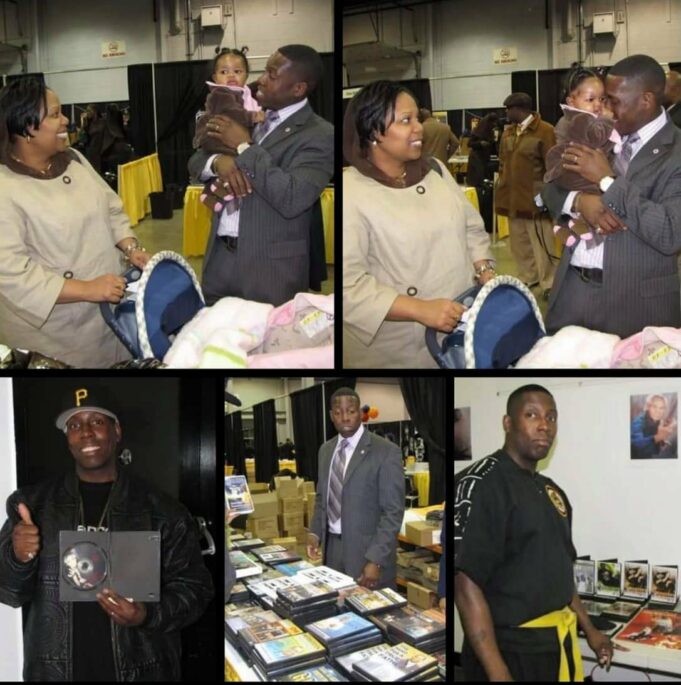 CHICAGO—The lighthearted yet determined spirit of Brother Damon D. Muhammad filled the room as reflections on his life were shared during his homegoing service at Leak & Sons Funeral Home on the city’s south side.

Called a janazah (funeral) in Islam, the 48-year-old husband, father, son and brother was honored for his dedication and sacrifice in spreading the teaching of the Most Honorable Elijah Muhammad and the Honorable Minister Louis Farrakhan. He also was known for his proficiency in the martial arts.

Brother Damon returned to Allah Oct. 19 after complications from an illness. The service was held Oct. 26.

“With Damon around I always felt safe,” wife of 17 years Jasmyne Muhammad told The Final Call. “He’d show us techniques and talked about security at home. And when he made a decision, it would be based on principles the Honorable Elijah Muhammad and Minister Louis Farrakhan set for us.”

In remarks, Student Minister Ishmael Muhammad, the National Assistant to the Honorable Minister Louis Farrakhan, told the family that the prayer of the Believer is that God would “lift the burden of sorrow” so they can experience peace.

“We thank Allah for giving to us such a beautiful vessel, a beautiful soul, beautiful example,” he said. “We thank (Damon) for his sacrifice and determination … to a cause that is bigger than Damon. And for that, your dad lives,” he said to Brother Damon’s daughter Naja.

Brother Damon joined the Nation of Islam in 1995 and became a member of Min. Ishmael Muhammad’s security team who was “willing to take a blow and give a blow. For a man to give his life for another man, that’s a selfless act. That’s who Brother Damon was,” the student minister said.

A tombstone has a beginning and ending date on it, he continued, but between birth and death there is a dash, indicating space and distance between the cradle and the grave. “Every life serves the divine life that is God. It’s not how you start the race; it’s how you finish. It’s the quality of the life that matters,” he said.

Brother Damon served for a decade as Final Call customer service manager and as manager of Respect for Life Bookstore. He traveled throughout the country with the sales team propagating the faith through the sale of Final Call products, Abdul Rasul Muhammad said.

“He accepted my mindset of 18 to 20 hours a day” of work, he continued. “He never failed in an assignment.”

His eyes swelled with tears as he shared how a terrific rainstorm hit Chicago while he was out of town and his wife Michelle, who also works at The Final Call, had to drive home alone. On the expressway she panicked and pulled under a viaduct. At that very moment, she got a call from Brother Damon asking if she had made it home.

It was his comforting voice that gave Sister Michelle the courage to continue her drive and she got home safely.

“My brother, because he loved his brother, at the exact proper time, he picked up his phone and called my wife. When she heard the voice of Brother Damon Muhammad, he gave her the strength, the courage,” to keep moving through the storm.”

“Please put the respect on the name of Brother Damon Muhammad. The brother did work for God that will live forever,” he said.

Brother Damon was a martial arts student of Grandmaster Abdul Azziz Muhammad, who trained him to be a member of Min. Ishmael’s security team. Brother Damon achieved the rank of first-degree black belt, but his skill level was much higher.

“He had some experience, but I brought him up from white belt to black belt,” Abdul Azziz Muhammad said. “His skill was really on the third-degree level, but all of this pandemic got in the way of his movement. We just had not gotten to the testing component on that.

“Damon loved to talk. He loved teaching the children, and he really liked to talk a lot,” he repeated with a chuckle. “We traveled together. He was like a son to me as well.”

Hearts opened to the endearing testimony of Naja Muhammad as she reflected on her father, clearly working through the pain of the loss.

“I am so very grateful to be the daughter of this man. He was always there to help anyone—especially me. I wouldn’t want any other father but him.

“It’s so quick how you go from seeing someone and now you’re here (at their funeral). The last words I said was ‘As-Salaam Alaikum (Peace Be Upon You), I love you.’ I would have said way more if I knew it would be the last words,” she said as she broke down in tears.