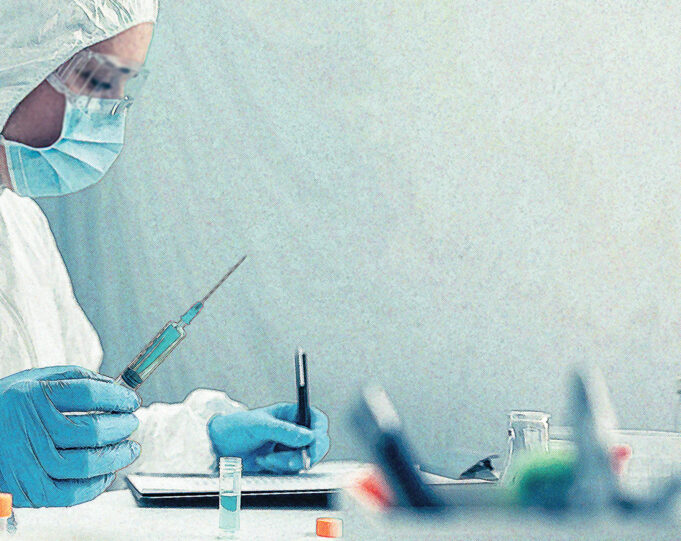 After 18 months of being lied to and led astray in this COVID-19 so-called pandemic by Dr. Anthony Fauci, it might take the pulling of the “dog card” by Robert F. Kennedy, Jr in his 10/25/21 article, “Beyond #BeagleGate: Fauci’s Long History of Atrocities, Including Torturing Children” to bring down his house of fake cards. Few people had even heard of this de facto COVID-19 czar standing next to then President Trump, issuing flipflopping directives to the American people on how to handle Sars-CoV-2.

This flipflopping on the efficacy of masks in protecting the American people against the airborne respiratory virus, along with bombarding them daily with highly inflated numbers of deaths caused by the virus while withholding available, effective treatments, softened up the people’s will to resist taking the experimental set of gene therapy shots called “vaccines” that have now killed thousands and left many more people suffering from severe adverse effects of these death shots.

Fauci first touted the efficacy of the shots to stop the spread of this virus at 100%. Less than a year after the rollout of these Emergency Use Authorization drugs, he is now telling the people they need to take “booster” shots. However, if we had taken the time to investigate this charlatan and the government research agencies that he represents, we may not have been so gullible. Robert F. Kennedy, Jr. is coming out with a new book on November 16, 2021 called “The Real Anthony Fauci.” Kennedy will provide an expose of Dr. Fauci’s more gruesome human experimentation on helpless children and aborted fetal tissues.

The public and even members of Congress are appalled to learn that dogs (beagles) were used in NIH-funded research, where they were exposed to flies infected with a disease-carrying parasite. Their vocal cords were cut, so that the “scientists” conducting such experiments would not have to hear the barking and screaming of their victims. But where was public and Congressional outrage over what the U.S. government has done to the children of Black people for decades?

The same year that Dr. Fauci’s government agency (NIAID) paid for these dogs to be tortured and later killed, it gave $400,000 to University of Pittsburgh scientists to graft the scalps of aborted fetuses onto living mice and rats. NIAID sought to develop rat and mouse “models” using “full-thickness fetal skin” to “provide a platform for studying human skin infections.” Are they studying “human skin infections” or are they studying how to infect humans with a pathogen using “humanized” mice to develop and test their new bioweapons? If this reminds you of “Dr. Frankenstein” and other mad scientists in movies, you might be getting the picture of what these real life mad scientists are up to, using your tax money.

Planned Parenthood takes the aborted fetuses harvested in their many clinics and sells them to research laboratories. According to https://www.all.org/learn/abortion/abortion-statistics/, the total number of abortions in the U.S. between 1973 and 2018 was 61.8 million, which averages out to represent 1,373,333 per year, many of which fell into the hands of these modern mad scientists with genocidal intent. Their experimentation on fetal tissues harvested from elective abortions included the development of vaccines like M-M-R-II (Merck 2016a) for rubella, VARIVAX (Merck 2016b) for varicella, and HAVRIX (Glaxo Smith Kline 2016) for hepatitis A. (https://www.ncbi.nlm.nih.gov/pmc/articles/PMC6027112/) Dr. Judy Mikovits has warned us in three of her books about the contamination of the U.S. blood supply with pathogens transmitted from these human and animal tissues used in the production of vaccines. Since we are commanded by God not to consume human flesh, does the injection of products from human flesh into our bodies fit into a plan by Satan to make us all deviate from God’s commandments?

But the horrors don’t stop there. Between 1985 and 2005, at least 532 infants and children in New York City were conscripted as human subjects of clinical trials testing experimental AIDS drugs and vaccines. In an October 27, 2021 article entitled “Did Dr. Fauci Use African Orphans for AIDS Experiments?” the authors cite the following:

“The Fauci-led NIH approved funding for experiments on hundreds of New York City orphans. Government agencies and pharmaceutical companies reportedly used the orphans in deadly AIDS drug trials … In 2005, the city of New York hired the VERA Institute to form a final report on the drug trials. VERA was given no access to medical records for any of the children used in trials. Their report was published in 2008. They reported that twenty-five children died during the drug studies, that an additional fifty-five children died following the studies (in foster care), and, according to Tim Ross,

Director of the Child Welfare program at VERA (as of 2009), 29% of the remaining 417 children who were used in drug studies had died (out of a total 532 children that are admitted to have been used) … A worker who took care of some of the children said many of them immediately became ill and vomited after taking the drugs. She said children who refused to take the drugs were operated on and gastric tubes were inserted into their stomachs to force feed them AZT … The children, some as young as one[1], were wards at the Incarnation Children’s Center (ICC) in New York City. Their parents died of AIDS.”

The pharmaceutical giants who used these human subjects included Merck, BristolMyers Squibb, MicroGeneSys, Biocine, Glaxo Wellcome and Pfizer. These are some of the same companies that offer you protection from COVID-19, so beware. In 1987 the FDA approved AZT developed by Burroughs-Wellcome as the major treatment for HIV/AIDS. Burroughs-Welcome merged with Glaxco to become Glaxco Wellcome in 1995. Dr. Fauci became head of NIAID in 1984 and directed most of their research money to develop drugs and vaccines to fight HIV, which he postulated was the sole cause of AIDS.

Millions of taxpayer dollars were directed to these companies by Fauci, yet they never found a vaccine for HIV/AIDS. But Fauci promoted the use of AZT for fighting AIDS. AZT was a failed cancer drug produced by Burroughs-Wellcome. In 1987, this drug cost $8,000 for yearly treatments, which would be somewhere around $20,000 in today’s currency. And Kennedy’s book further charges: “Fauci sabotaged safe and effective off-patent therapeutic treatments for AIDS while promoting deadly chemotherapy drugs”… such as the grossly expensive AZT.

If this tactic of sabotaging safe and effective off-patent therapeutic treatments for AIDS sounds familiar, just remember how Ivermectin and Hydroxychloroquine have been villainized and ridiculed by the FDA, CDC, WHO and mass media in order to open the floodgates for death shots disguised as “vaccines” to supposedly fight COVID-19. The mad scientists have used human aborted fetuses, orphaned children, prison inmates and military personnel to perfect their refined bioweapons to be injections at this time—the end of their 6,000-year rule over the Indigenous People of our Earth.