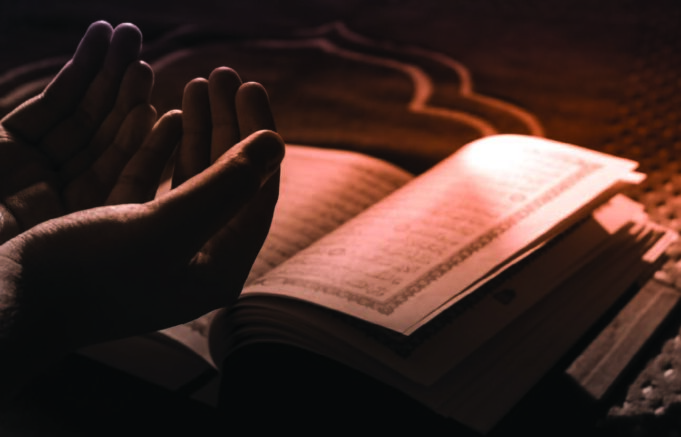 The Signs of the Coming of God– “And Jesus said unto them see ye not these things? Verily I say unto you, There shall not be left here one stone upon another, that shall not be torn down.” [Matt. 24]

This chapter refers to the signs of the judgment of the wicked world. Jesus pointed out examples of the destruction of the Jewish Temple or synagogue, and the historians wrote that the Romans came about 70 years later–after the death of Jesus–and sacked Jerusalem. Really, this was not the end of Jesus’ prophecy of the destruction of Jerusalem by the Romans for all the stones were not overthrown by Rome.

This had reference to the end of the whole world of the wicked. Let us take note of his words in the fourth and fifth verses: “Take heed that no man deceive you for many shall come in my name saying I am Christ and shall deceive many.”

This did not happen before the destruction of Jerusalem by the Romans. This refers to the entire period of 2,000 years after his (Jesus) death. It is referring to the many who would come and try to imitate him and shall deceive many, especially the very ignorant people who are given to superstition, who can be easily deceived, and they will sometimes add to a leaders title whom they are not serving.

For instance, the ancient Romans were so ignorant and superstitious of the Divine Supreme Being that they made Gods for themselves out of stones, wood, bulls and the stars of heaven, such as Venus. They still have in the Vatican, so I am told, an image of a calf made of pure gold.

It is the Pope of Rome today whom the church accepts as its intercessor between and Christians and God. And all Catholics, such as priests and cardinals profess to have the power to pray the soul out of purgatory.

All of this is completely out of line with the true worship of God. The Pope takes his place as the head of the Christian church, while the church at the same time claims Jesus Christ to be its head. But in reality, they recognize the Pope (Father) as being their head.

Of course, this is more true, because Jesus was not the head of any church. The church was organized by the Romans. According to history, and not by Jesus. And the truth of this is that it (the church) does not have any Divine power for anyone. If the Christians were not backed by the White man’s money, guns, power and bombs, the church would have no power at all. Here many are deceived by the millions in bowing to the head of the church–the Pope of Rome.

The late Pope who recently died, according to history used to be a soldier and then a general. He fought in wars and did many other acts of unrighteousness before taking his place as the head of the church.

“Many shall come in my name.” This does not mean every little local fellow. It means people who get national and world fame by claiming themselves to be Jesus Christ or God.

There have been many who have risen up in Islam in the past who went in the name of the Mahdi but were not the true Mahdi. Even to the late Maulana Muhammad Ali, who also claimed himself to have been Christ, the Messiah, when he was among the Christians, the Jews, Hindu, and among the Muslims, their Mahdi.

Today, that has all been hushed up and passed. The world does not look to him as having been their Mahdi or the Christian’s Messiah. Old Orthodox Christians, like old orthodox Hebrews have expected a return of their once great spiritual leaders or prophets, Moses and Jesus, who taught, as the Christians teach today, a return of the Jesus at the end of the world.

Old Orthodox Muslims preach a return of Muhammad of 1,400 years ago, or that there will be no need of another prophet after him, for he settled everything. They do not take the slightest thought that these prophets could not have been the last who would usher in the Judgment. There have been so many things that have come to pass since that time that someone is needed to enlighten the people as to these latest events and to serve as a guide for the people into the presence of God.

What the Prophets brought to the people 4,000 years ago was for that people for the next 2,000 years to the birth of Jesus. And what Jesus brought (the Injil or New Testament) was to last until the end of the world–that is, the time and destruction of the wicked world ruled by Satan and the setting up a new universal government under the guidance of Allah or Mahdi, sometimes called the Great Mahdi, to make a distinction from the many others who would be called by such name, as there are many Muslims who have adopted “Mahdi,” like the many Italians who have adopted “Jesus” for their names.

The next verse (six) tells us that Jesus had in mind the end of the entire world and not Jerusalem. It reads like this: “And ye shall hear of wars and rumors of wars, see that ye be not troubled, for all these things must come to pass, but the end is not yet.”