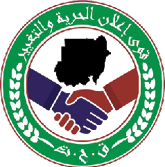 CAIRO—The military coup in Sudan threatens to wreck the country’s fragile transition to democracy, more than two years after a popular uprising forced the removal of longtime leader Omar al-Bashir.

The move comes after months of mounting tensions between the military and civilian authorities. Protesters are in the streets denouncing the takeover, and troops have opened fire, killing some of the marchers, opening the door for greater turmoil in the country of 40 million.

Here is how Sudan reached this point:

What lead up to the coup?

The military dissolved the transitional government of Prime Minister Abdalla Hamdok as well as the Sovereign Council, a power-sharing body of military officers and civilians that had been ruling Sudan since late 2019.

Gen. Abdel-Fattah Burhan announced that the military would hold power until elections can be held in July 2023. Declaring a state of emergency, the top military official said a government of technocrats would be formed to administer until elections are held.

His announcement came hours after the military arrested Mr. Hamdok along with several other senior officials and political leaders.

The United States, European Union and United Nations have denounced the coup, but much depends on how much leverage they put on Sudan’s military. The country is in need of international aid to get through its economic crisis.

On the other side, Sudan’s generals have strong ties with Egypt and Gulf countries like Saudi Arabia and the United Arab Emirates, which so far have stopped short of criticizing the takeover, instead calling for calm.

Gen. Burhan said he is serious about holding elections on schedule. But a year and half is a long time, and it is not clear whether the powerful military is willing to release the grip it has had on power for decades.

Protesters fear the military will steer the process to ensure its control and are vowing to keep up their pressure in the streets, raising the likelihood of new confrontations.

Wasn’t there a ‘Democratic revolution’ already in Sudan?

The pro-democracy movement, which was a mix of groups including professional unions, political parties and youth groups, won the removal of Mr. al-Bashir in April 2019. But it was only a partial victory, with protesters unable to push the military out of politics completely.

Mr. Al-Bashir, who came to power in a 1989 coup, had ruled for 30 years with a tight grip, backed by the military and Islamists. Months of massive protests finally forced the military to remove and imprison him.

Right after his ouster, the military seized power for itself. But protesters stayed in the streets, demanding the generals hand over power to civilians. Crackdowns turned bloody, and in June 2019, armed forces stormed the main protest camp outside the military headquarters, killing more than 100 people and raping dozens of women.

Eventually, the military agreed to a compromise. It formed the Sovereign Council, a body made up of both military officers and civilians that was to rule the country until elections could be held. The council appointed Mr. Hamdok as prime minister of a transitional government.

Under the compromise, the council was to be headed first by military figures before civilians were to lead it.

Since then, Gen. Burhan has led the council, and the deputy chief has been Mohammed Hamdan Dagalo, the chief of the paramilitary Rapid Support Forces, a group notorious for atrocities during the Darfur war in the 1990s and blamed for the 2019 Khartoum massacre.

A civilian was supposed to step in as council leader in November to run it until the 2023 elections.

The compromise won an end to Sudan’s pariah status in the world. The U.S. took Sudan off its list of countries supporting terrorism, after the military-led council reached a normalization deal with Israel.

The transitional government also reached a peace deal with many of the rebel groups around Sudan that have been waging insurgencies against the Khartoum government for years. That deal allowed the armed rebels to return to Khartoum, waiting to be absorbed into the military.

Meanwhile, Mr. Hamdok’s government rolled back many of the strict Islamist rules from the al-Bashir era, winning praise from Western governments and rights groups. However, it has struggled to deal with a crippled economy.

Tensions have been growing for months between supporters of the military and of civilian rule.

The Forces for the Declaration of Freedom and Change, or FDFC, the main protest umbrella group, has been stepping up calls for the military to hand leadership over to civilians in the government. The FDFC is made up of various anti-al-Bashir political parties, professional movements and rebel groups.

It has also called for restructuring the military and security agencies to dismiss al-Bashir loyalists, absorb various armed factions into their ranks and be put under civilian supervision.

Supporters of the military also have stepped up action. Since September, tribal protesters have blocked the main road to Sudan’s Red Sea port as well as fuel pipelines, demanding Hamdok’s government be dissolved.

Also, a pro-military splinter faction of the FDFC began an anti-government protest sit-in this month outside the Sovereign Council headquarters, accusing officials of mismanagement and monopolizing power. The faction includes rebel groups that struck peace deals with the military and some political parties.

Many of the protesters on both sides are motivated by economic hardship. Already a problem under Mr. al-Bashir, it was one of the reasons people rose up against him. But since then, the country has faced even greater shocks in trying to rejoin the global economy. Economic reforms implemented by the interim government have meant rising inflation and shortages of basic goods for the average citizen.

Emboldened by the protests, Gen. Burhan repeatedly called for dissolving Hamdok’s transitional government. He went further by saying recently that the military would only hand over power to an elected government.

This article was written by the Associated Press. See page 24 for related coverage.