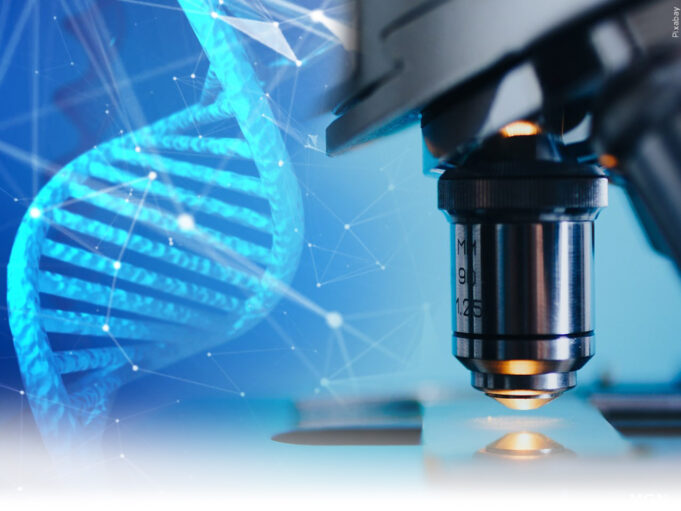 “He [Yakub] learned from studying the germ of the black man, under the microscope, that there were two people in him, and that one was black, the other brown. He said if he could successfully separate the one from the other he could graft the brown germ into its last stage, which would be white.” –The Honorable Elijah Muhammad, “Message To The Blackman”

1. Why is Bill Gates buying all the farmland he can?

2. Why is Bill Gates sponsoring the development of gene therapy platforms disguised as vaccines?

3. Why is the American government intent on sticking all Black and indigenous people with these gene altering “operating systems?”

4. Who are these people and what motivates them?

In the 1930’s, decades before the white man had “discovered” that DNA carried the genetic blueprint that dictated the development of the human being, the Most Honorable Elijah Muhammad made a startling Revelation from his Teacher, Master Fard Muhammad: 6,600 years ago a Black scientist, Dr. Yakub, looked at the life germ of the Black man under a microscope. He saw that there were two people in him: one black and the other white. For years, people have made mockery of the Nation of Islam for teaching that the white race was grafted out of the germ of Black people by one of our scientists.

On March 7, 2006, Nicholas Wade published an article, “STILL EVOLVING, HUMAN GENES TELL NEW STORY.” He reported that Dr. Jonathan Pritchard, a population geneticist at the University of Chicago, announced that his team had isolated a set of five genes that controlled skin color to determine when they began mutating.

“Anthropologists have generally assumed that the first modern humans to arrive in Europe some 45,000 years ago had the dark skin of their African origins, but soon acquired the paler skin needed to admit sunlight for Vitamin D synthesis…The finding of five skin genes selected 6,600 years ago could imply that Europeans acquired their pale skin much more recently.”

Not only was this another confirmation of the Nation of Islam’s Teachings on the origins of the white race—in this instance verification of the time frame of their making by genetic scientists of this world-but it tells us we must look into Dr. Yakub’s purpose in making the white race and what traits they were made to express. The Messenger continued, in the excerpt above, “His aim was to kill and destroy the black nation. He ordered the nurses to kill all black babies that were born among his people, by pricking the brains with a sharp needle as soon as the black child’s head is out of the mother.”

This gene selection process killed the darker and preserved the lighter. The result of this 600-year grafting process was a whole race of nothing but “white” people; a species specifically engineered with the aim to control, destroy and kill Black people. This idea to control began 6,000 years ago and continues up until today. Evidence of the continuation of this long-term agenda is demonstrated by the Honorable Elijah Muhammad in another excerpt from Message To The Blackman: “For instance, the book entitled Brown Americans, by Edwin R. Embree, printed in 1946, page 54, tells the story of law against education for the so-called Negroes.

He quotes a devil, Henry Berry, as saying while speaking in the Virginia House of Delegates in 1832 and describing the situation as existed at that time in many parts of the South: We have as far as possible, closed every avenue by which light may enter the slaves’ mind. (The avenue of the light of Allah you are unable to shut out from coming to us.) If we could extinguish the capacity to see the light, our work would be complete; they would then be on a level with the beast of the field and we should be safe.”

This idea of destroying Black people’s capacity to “see the light”, along with their idea to kill us physically, can be seen in the production of a national policy to reduce the population of the darker people of the Earth by at least 2 billion, according to Memorandum 200 outlined by Henry Kissinger, Secretary of State under Richard Nixon and National Security Adviser for Gerald Ford. Then we have National Security Advisor to President Jimmy Carter, Zbigniew Brzezinski stating, “In early times, it was easier to control a million people than to kill a million. Today, it is infinitely easier to kill a million people than to control a million.”

Memorandum 200 was made U.S. government policy in 1975 and has continued to be U.S. policy through all subsequent administrations of both parties. Multiple branches of government were enlisted to carry out the policy objectives, including the Departments of Defense and Agriculture. In subsequent years, Defense and Agriculture departments have been funding research in areas leading up to what we read in the news headlines of today. They have funded explorations in biological warfare to genetically modify viruses to kill people and use food as the means of getting them into billions of people. Now we see why Bill Gates and DARPA are pushing MessengerRNA vaccines and genetically modified food crops (GMOs).

Now let’s look at some of the fruits of their labor. In 2010 the Gates Foundation purchased shares in Monsanto valued at more than $23 million. His agenda is to help Monsanto get their genetically modified organisms (GMOs) into Africa on a grand scale. In 2001 competitors, Monsanto and Du Pont worked together to buy a small biotech company called Epicyte. This company had created a gene that renders the male sperm sterile.

But as we dig deeper, we find that the Department of Defense was busy making bioweapons under one of its secretive research arms, the Defense Advanced Research Projects Agency (DARPA). This research and development agency of the United States Department of Defense is responsible for the development of emerging technologies for use by the military. In 1999 DARPA awarded a grant of $2.8 million dollars to Epicyte for the development of “an anti-sperm antibody to prevent contraception.”

Prevent contraception in who? The majority of corn and soybeans grown in America have been genetically modified by either Monsanto or Du Pont. These GMO corn and soybeans are found in most processed foods. The Department of Defense has funded a sperm-killing bioweapon to be used against the whole world, including America. So, who is the American military fighting and why would Bill Gates want access to that technology?

Multi-billionaire Bill Gates, Jr. is the son of the late eugenicist Bill Gates, Sr. an early Board member of the depopulation-centered organization known as Planned Parenthood. Bill Jr., who gained fame as Microsoft founder and global vaccine investor is now the largest individual owner of farmland in America. At the same time, the Department of Defense is funding research with the intent to develop viruses that can be put into insects which will carry them into a field and alter the DNA of the crops in that field to make them into “Edible Vaccines.”

Bill Gates and DARPA have also funded numerous gene therapy startups including Moderna and companies that produced technologies for Moderna’s so-called COVID-19 vaccine. In 2013 DARPA awarded Moderna up to $25 million to research and develop its “messenger RNA therapeutics platform as a rapid and reliable way to make antibody-producing drugs to protect against a wide range of known and unknown emerging infectious diseases and engineered biological threats.”

In 2016 the Bill & Melinda Gates Foundation advanced Moderna $20 million to develop mRNA-based technologies to fight various infectious diseases with an additional $100 million on the table, if such technologies showed a promise of marketability. Well, it seems that Bill Gates and the Defense Department put their money on the right horse and now the American government is shoving their bioweapons into the arms of an unsuspecting populous unaware of the long-term agenda of the genetically modified people Dr. Yakub made 6,000 years ago. The Most Honorable Elijah Muhammad has warned us repeatedly: We MUST get our own land and grow our own food.

“These are wicked scientists interfering with who and what we are in opposition to our coming back into rulership. This is the Satanic mind. They seek to make us other than ourselves in a permanent way”  —The Honorable Minister Louis Farrakhan (on the COVID-19 vaccine) December 8, 2020