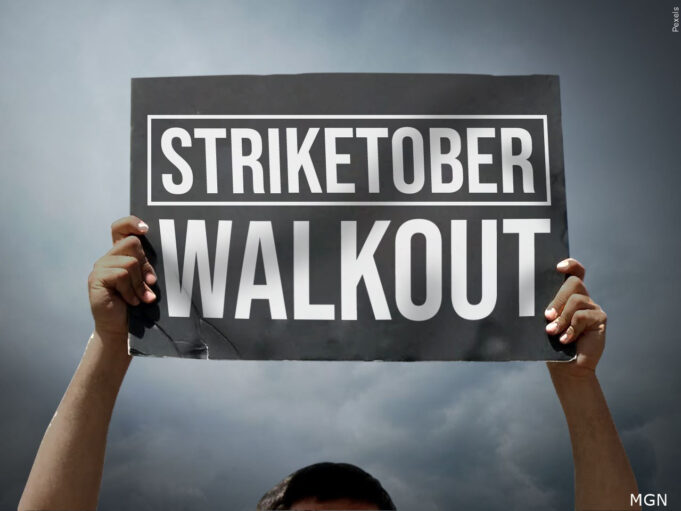 “You want this to end but you don’t know how. You want it to end … so you can go back to what was. But I’m here to tell you … you’ll never see what was again; that is over.”

Lies. Lies that are being exposed today like never before. Certainly the vastness of this country, its economy and its infrastructure has allowed many to create better lives for themselves through immigration and better lives than their parents. That measurement has been a consistent one in the United States: Are you better off than your parents?

Is your life better and are your life prospects better? For some time it’s been clear that life is not better for today’s children than their parents. That is resulting in extreme discomfort, anger and dissatisfaction, in particular, among Whites who have always been able to feel a certain level of security and high expectations for the future.

Yet the reward for hard work has never been proportionate to the input and sacrifice of the working class in this country. No one has sacrificed more than the children of America’s once slaves, who worked for hundreds of years for free and who have always been exploited, underpaid, not paid, robbed and abused. Where is our reward for such hard labor in a nation that set out to work us to death when they brought our ancestors here in chains?

The rich, the bloodsuckers of the poor, the ultra-wealthy have always dined well regardless of the conditions of the masses. They have pushed and pulled the masses of people and workers around at their leisure. So corporate masters have enjoyed almost unlimited power and the workers have had to struggle and fight for every inch of progress, any progress, that was made.

Workers are rebelling now. Their rebellion, at a time when experts predicted a rush back to open jobs, is evident in overt job actions and strikes by labor unions, labor organizers and labor advocates. There is also a voluntary abandonment of the traditional workforce known as “The Great Resignation.”

“The dissatisfaction on our earth today is 100 percent. Everywhere you walk, everywhere you look the people are dissatisfied. When you have 100 percent dissatisfaction then there must be a 100 percent change,” said the Honorable Minister Louis Farrakhan in a major message delivered July 4, 2020, from his home in Michigan. That incredible message was titled “The Criterion” and demands reconsideration and study today. It speaks to the time and what we are seeing in so many aspects of American life and in international affairs.

“You can’t live in a world made by God on the basis of truth living your life on the basis of a lie. … Did you know that Master Fard Muhammad made His appearance in North America on the Fourth of July? Why did the Great Mahdi leave Mecca, His birthplace and come alone to North America by Himself? Why? Why would He come while America was celebrating her independence? He came to offer the ex-slaves our independence from them.

He came on the 4th so we don’t have to celebrate the folly of firecrackers and foolishness. Celebrating the so-called wisdom of the Founding Fathers of this republic because they were great men; great White men with not enough heart to write a Declaration of Independence that truly represents the population of the United States of America today.”

Those who are seen as “lesser beings,” and cogs in the American economic machine have had enough. Studies have shown that despite ending government payments to help people suffering during a pandemic, despite making it harder for poor people to get meager unemployment benefits, despite small increases in pay, millions of people are saying, “No thanks.” They don’t want to work for slave wages, nor under slave conditions.

The Covid-19 pandemic has meant new challenges and renewed thinking about their lives and how they want to spend their lives. While many are bowing to the coercion and targeting of the unvaccinated, many are again saying, “emphatically not,” to the experimental vaccines and are quitting jobs.

For the American empire it means the U.S. social, political and economic fabric continues to unravel. The time we have known we will not see again. So let us set our sights on right guidance offered by a man who has been a consistent and devoted warner and servant. Consider, examine the life, the work, and the words of Min. Farrakhan, see if they are valuable. See if they can improve your life and offer guidance to an erring nation; if the erring nation would accept guidance from a child of her ex-slaves. Do you see better answers coming from any other source? We don’t.