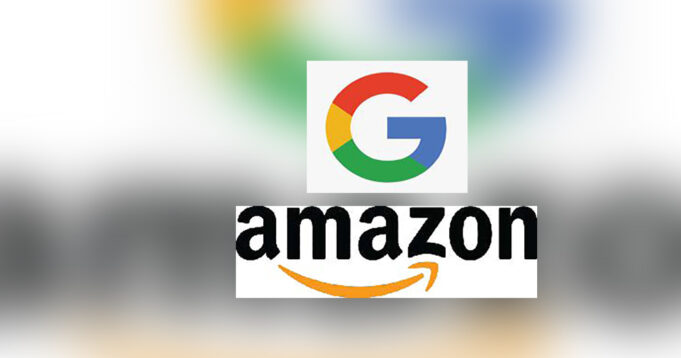 A day after hundreds of Amazon and Google workers condemned their employers for complicity in Israel’s human rights violations against Palestinians, over 40 grassroots groups on Oct. 13 announced a campaign to amplify the efforts of activists around the world working to stop apartheid profiteers.

“As the Israeli military bombed homes, clinics, and schools in Gaza and threatened to push Palestinian families from their homes in Jerusalem this past May, Amazon Web Services and Google Cloud executives signed a $1.22 billion contract to provide cloud technology to the Israeli government and military,” the campaign noted. “By doing business with Israeli apartheid, Amazon and Google will make it easier for the Israeli government to surveil Palestinians and force them off their land.”

“We’re heeding the call from hundreds of Google and Amazon workers to rise up against the contract, known as Project Nimbus,” the campaign said. “Technology should be used to bring people together, not enable apartheid and ethnic cleansing. Following in the footsteps of those who fought to divest from apartheid South Africa and won, it’s our responsibility to rise up in support of Palestinian freedom.”

The “No Tech for Apartheid” campaign follows an open letter signed by more than 500 Amazon and Google employees calling on the tech giants to cancel Project Nimbus, which they said “allows for further surveillance of and unlawful data collection on Palestinians, and facilitates expansion of Israel’s illegal settlements on Palestinian land.”

Fight for the Future director Evan Greer said in a statement that “Israel’s military has contracted Amazon and Google to build and fuel the technology used to oppress, occupy, and bomb Palestinians. The services Amazon and Google provide and the technology they build [power] drones, surveillance, and sophisticated weaponry for the Israeli military.”

“Make no mistake, if we don’t get Amazon and Google to cut their ties with Israel, the stage will be set for them to become the backbone of the 21st-century military-industrial complex,” she continued. “And developments made in powering Israel’s war machine will be exported to militaries and police departments across the world, including America.”

“We’re at a precipice with lives at stake,” Greer added. “Nothing short of Amazon and Google ending the Project Nimbus contract is acceptable.”

Olivia Katbi Smith, North America coordinator for the BDS Movement, said that “Amazon and Google are helping to sustain Israeli apartheid in its repression of the Palestinian people with a massive cloud contract that will enable increased surveillance, discrimination, and displacement.”

“Mass as well as targeted surveillance of disenfranchised Indigenous Palestinians, who are denied basic rights and recourse to justice, is a core feature of Israel’s system of repression, oppression, and colonial dispossession,” she added. “This repression, which is often tested on Palestinians before being exported globally, must be challenged by us all together.”

JVP executive director Stefanie Fox said that “courageous workers at Google and Amazon are calling on their employers to stop enabling the Israeli government’s oppression of Palestinian families—and we are proud to stand with them.”

“Google and Amazon executives should listen to their employees, pull out of the Nimbus contract, and cut all ties with the Israeli military,” she added. “No tech for apartheid!”